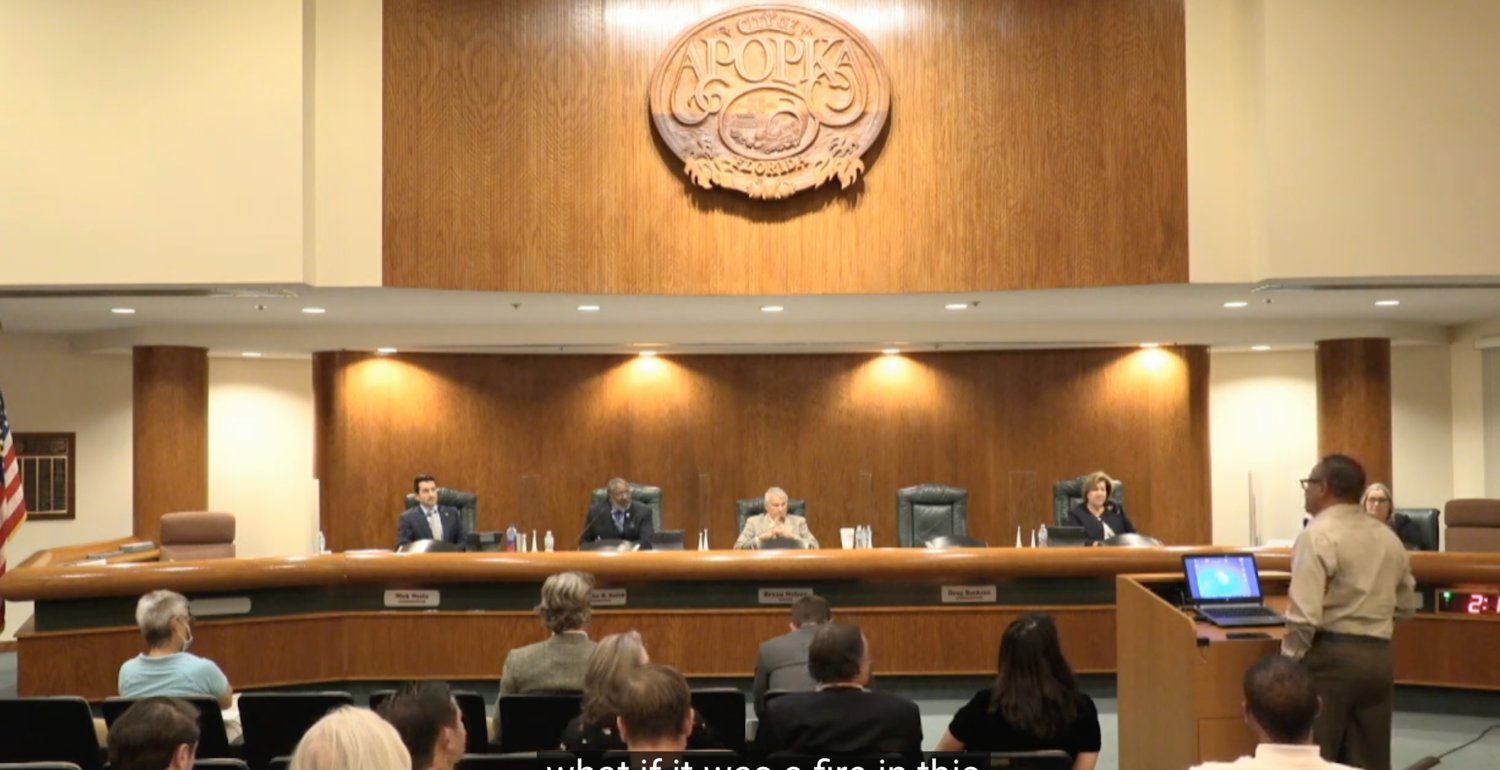 In a long and heated discussion that included two hours of presentations, comments and debates, the Apopka City Council failed to pass Ordinance 2931, a public comments ordinance to codify a 2016 resolution on the same subject.

In a 2-2 vote, Commissioners Nick Nesta and Diane Velazquez voted against the ordinance, while Commissioner Alexander H. Smith and Mayor Bryan Nelson voted in favor. Commissioner Doug Bankson did not attend the meeting due to a COVID-19 diagnosis.

In 2016, the Council passed Resolution 2016-16. This was the first attempt to codify or alter the rules of public comments since that resolution.

This is a breaking news story and will be updated by The Apopka Voice in a future edition.