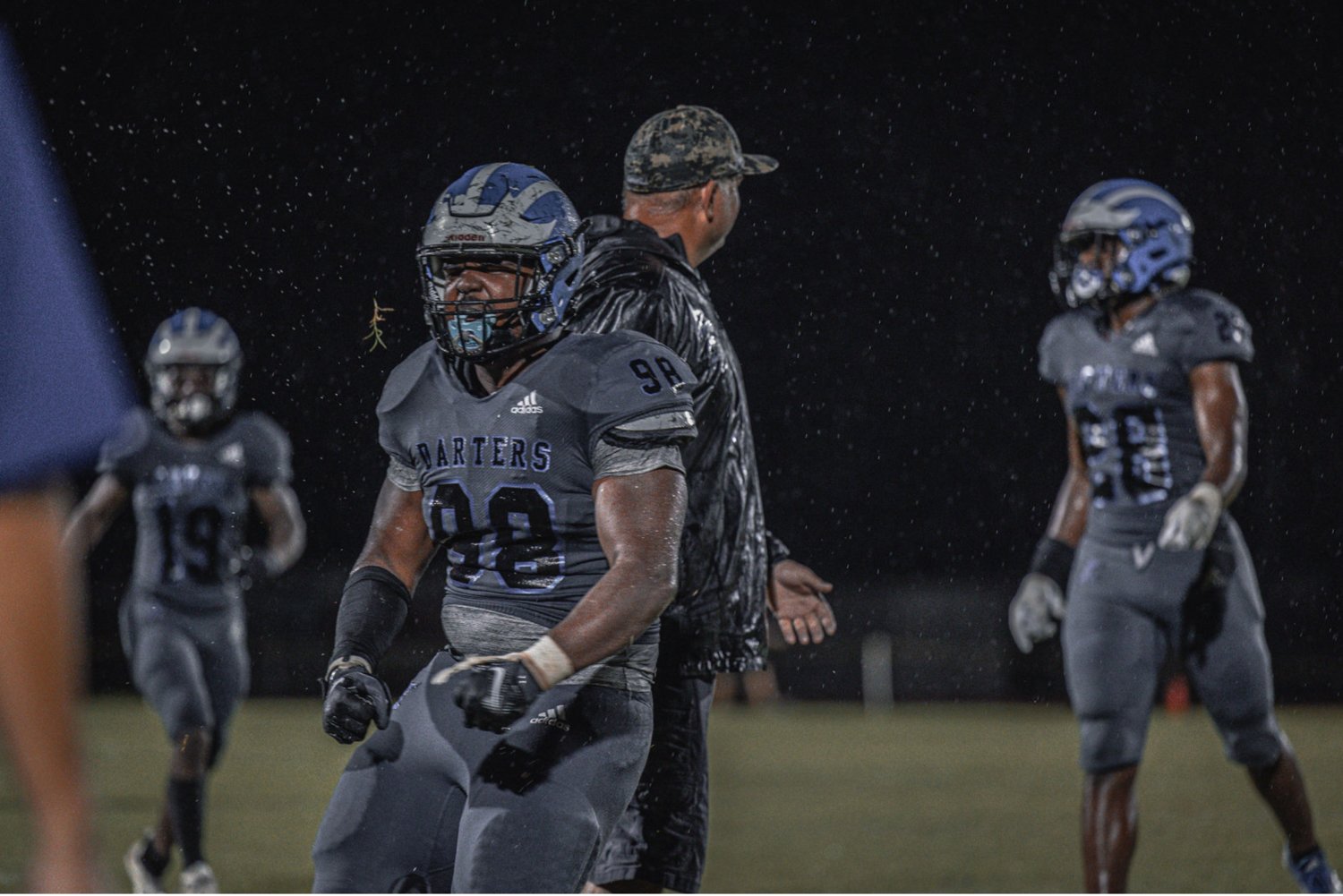 The Apopka Blue Darters travel to Sanford Friday night to face Seminole High in the 8A-1 Regional Finals after a 34-3 victory over Bartram Trail.
Photo by Tramayne Wright of wrightchoicesports.com
Posted Monday, November 22, 2021 12:03 am
From Staff Reports

Call them the Road Warriors.

The Apopka Blue Darters continued their late-season surge with a one-sided 34-3 bludgeoning of the Bartram Trail Bears. Apopka won its sixth straight game and has now outscored those six opponents 240-12. The Blue Darters are now 5-1 in games played away from their home field.

The Blue Darters took the next step in capturing their fourth state championship and now travel to Sanford to play the number-one-seeded Seminole High Seminoles in the 8A-1 Regional Finals. The Seminoles are 11-1 on the season after defeating Lake Mary 18-7 in its regional semifinal matchup. Apopka is 10-2.

Last season these two met in the regional finals with the Seminoles coming out on top 28-24. They went on to win the 8A state championship.

The winner of the Blue Darters-Seminoles game moves on to the State 8A Final Four and will face the winner of the game between Palm Beach Central (10-0) and Treasure Coast (9-1).

Junior running back Keyondray Jones led the way again for Apopka with two touchdown runs and 124 rushing yards, but it was senior cornerback Nikai Martinez that opened the scoring with a 65-yard interception return for a touchdown to give Apopka a 7-0 lead midway into the first quarter.

It was a lead they would never relinquish.

Early in the second quarter, Jones scored one of his two touchdowns from 28 yards out to give the Blue Darters a 14-0 lead.

The Bears got their only point off of a 29-yard field goal, but the Blue Darters answered when quarterback Andrew McClain scored on a six-yard keeper with only 11 seconds remaining in the half. The last-second touchdown came after an interception by junior defensive end Kaven Call and gave Apopka a comfortable 21-3 lead at halftime.

The Blue Darters scored two more touchdowns in the third quarter from Jones on a 45-yard breakaway, and by junior Malik Nicholson on a 45-yard punt return.

Two down and three to go...