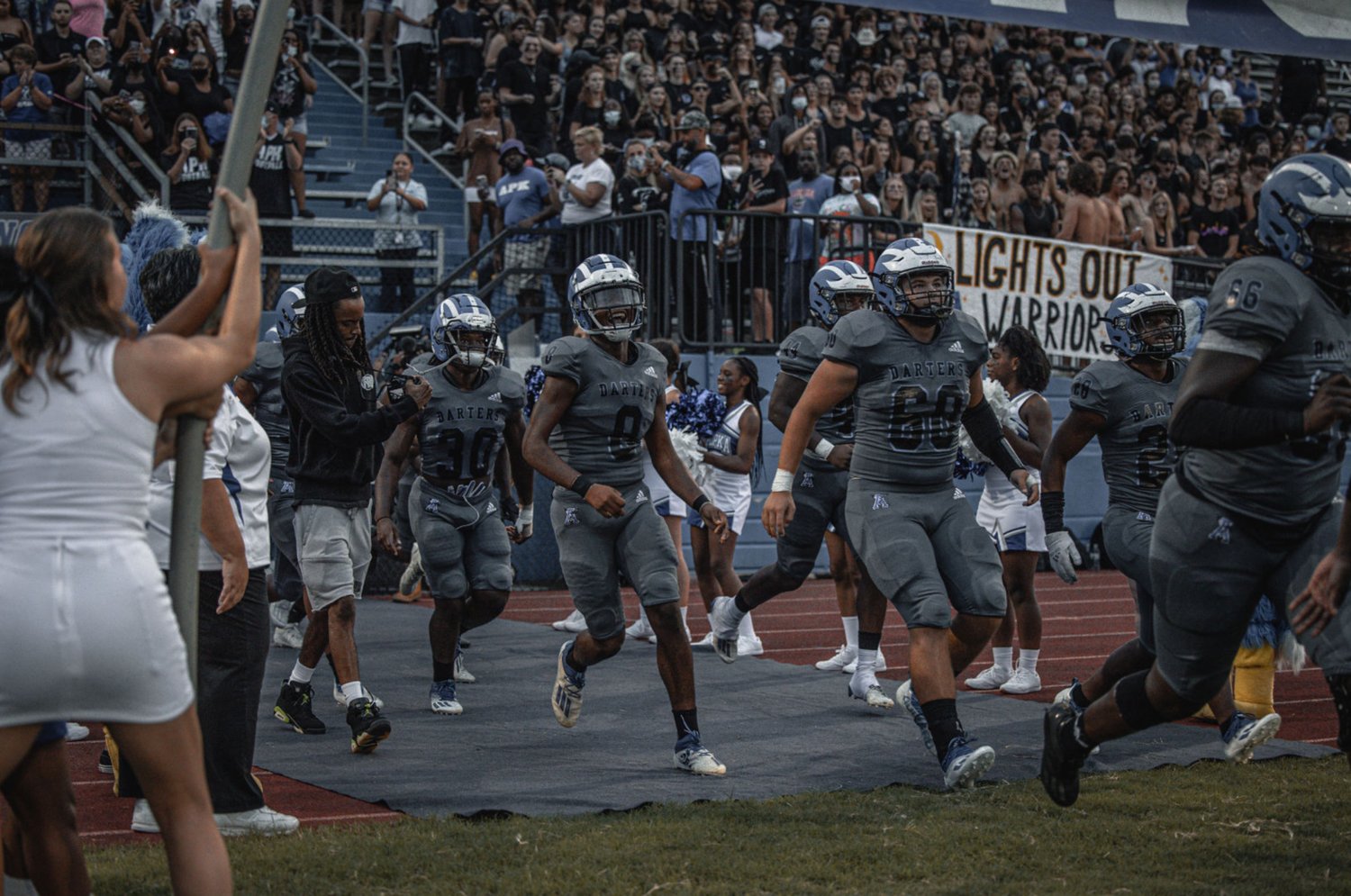 In the playoffs, it's win and advance, or lose and go home. For the Apopka Blue Darters, it's one win down and four to go.

The Blue Darters took the first step in capturing their fourth state championship with a 42-0 shutout of St. John's Creekside at Roger Williams Field Friday night in the 8A-Region 1 quarterfinals. It was the fifth victory in a row for Apopka. It was also the third shutout in that timespan and the fifth of the season. In its last five games, the Blue Darters have outscored its opponents 206-9.

Junior running back Keyondray Jones led the way for Apopka with a 31-yard touchdown run at the end of the first half and then again at the start of the third quarter with a scamper of seven yards to give the Blue Darters a 14-0 lead.

Senior running back Quincy Frazier closed out the third-quarter scoring with a 4-yard touchdown to give the Blue Darters a 21-0 lead heading to the final period.

Senior quarterback Andrew McClain opened the scoring in the fourth with a three-yard touchdown run to increase the Apopka lead to 28-0.

Junior Zeldrick Roberts closed the scoring with a 4-yard touchdown, and later recovered a fumble, and ran for another score from 17 yards out.

Kicker Andrew Kennedy made four extra points on the evening, while Joseph Linartas made the last two.