Blue Darters heading to postseason for the 22nd straight year 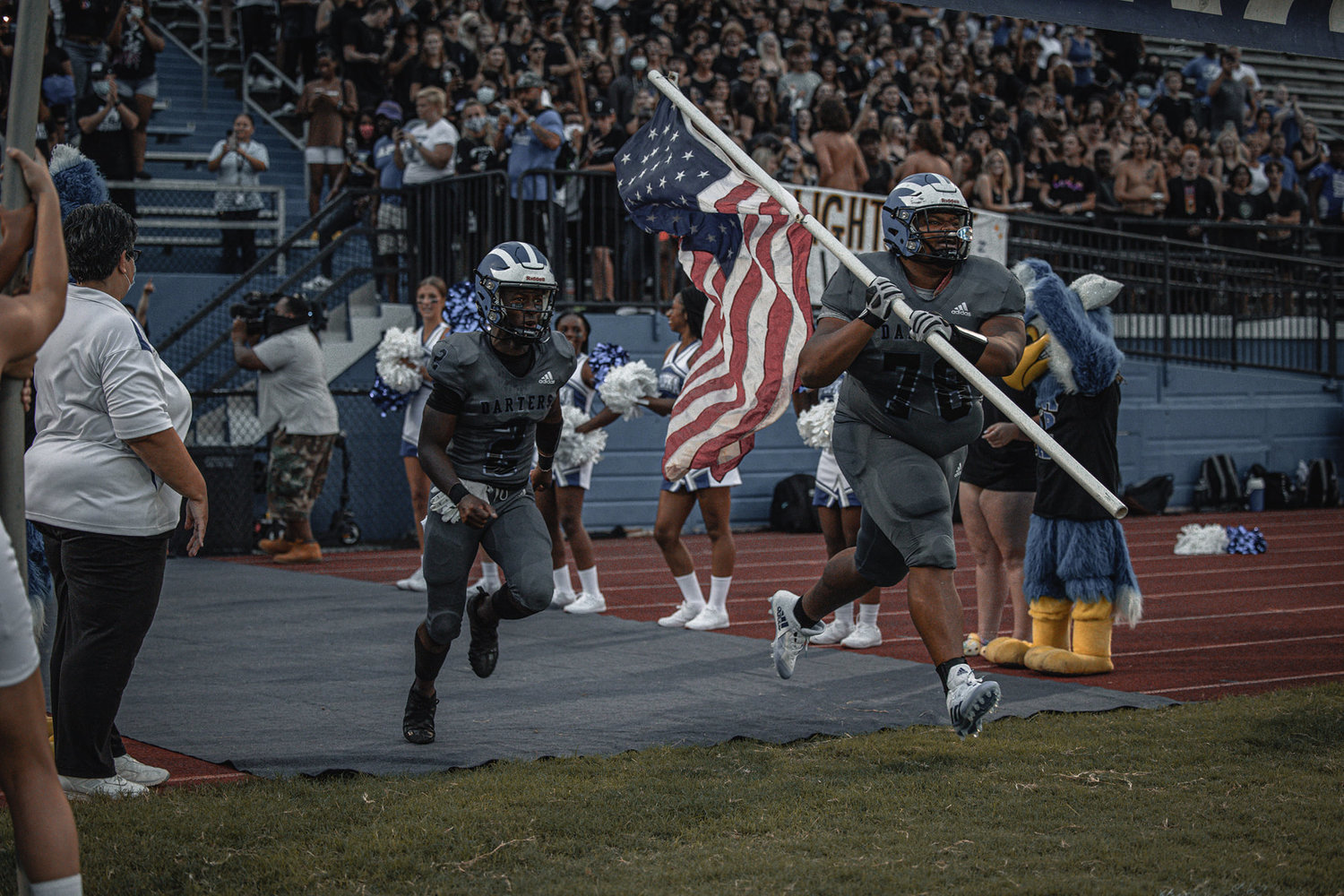 The Apopka Blue Darters led 17-14 over the Lakeland Dreadnaughts late in the fourth quarter. But in the closing seconds, Lakeland was able to score a go-ahead touchdown and defeat Apopka 20-17.

That happened on October 8th, and it was the last time the Blue Darters felt the sting of losing. Since then, Apopka has outscored its opponents 164-9, and generally dismantled any opponent who steps on the field against them. It started with a 44-0 shutout of Ocala Westport, then a 41-3 thrashing of Lake Brantley, followed by a 42-0 rout of Ocoee which clinched the *a-3 district title for the Blue Darters, and concluded with a 37-6 drubbing of crosstown rival Wekiva.

It all adds up to an 8-2 regular season record, a 3-0 district tally, and the number three seed in the 8A-Region 1 tournament.

For the 22nd straight season, Apopka heads into the 8A high school football playoffs hoping to win their fourth state championship after several near-misses in the last few years.

With the seeding, the Blue Darters draw a first round home game against #6-seed (St. John's) Creekside Knights. Although the Knights have an identical 8-2 record as Apopka, its path was different. Creekside got off to a 6-0 start, but then lost two straight games before rallying to win its last two games against Oakleaf 37-32, and Ponte Vedra 23-19 in its regular season finale.

Should the Blue Darters defeat the Knights, they would face the winner of the Lake Brantley Patriots (#7 seed) - Bartram Trail Bears  (#2 seed) game. The Patriots are 6-4 on the season, while the Bears are 8-2.

The (Sanford) Seminole Seminoles are the number one seed in the 8A-1 Region.  There are 32 teams in the 8A postseason playoffs. It would take five straight wins to capture the state title.

Kickoff in the Apopka-Creekside game is at 7:30 pm on Friday at Roger Williams Field on the campus of Apopka High School.