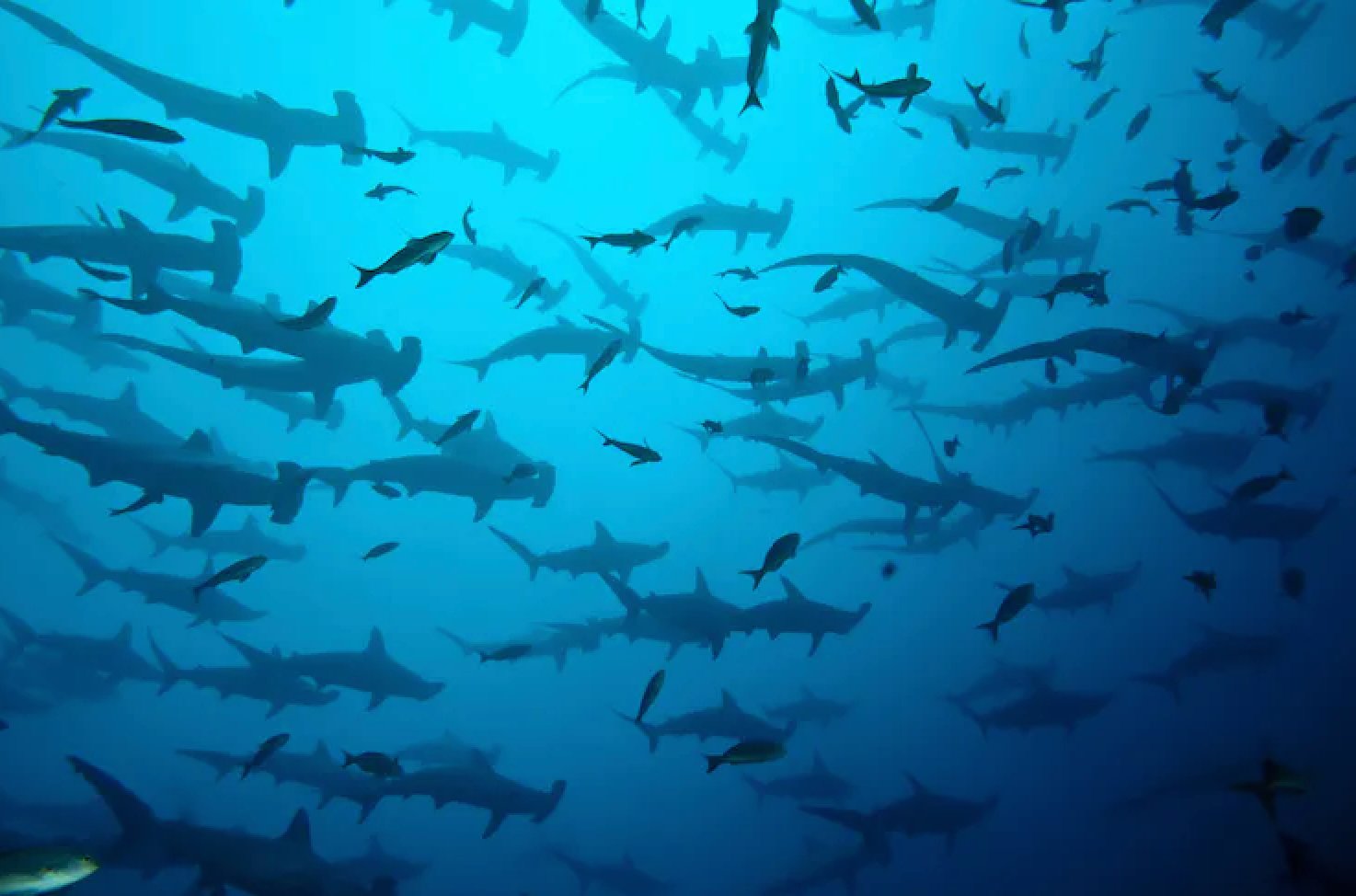 The Discovery Channel’s annual Shark Week is the longest-running cable television series in history, filling screens with sharky content every summer since 1988. It causes one of the largest temporary increases in U.S. viewers’ attention to any science or conservation topic.

It’s also the largest stage in marine biology, giving scientists who appear on it access to an audience of millions. Being featured by high-profile media outlets can help researchers attract attention and funding that can help supercharge their careers.

Unfortunately, Shark Week is also a missed opportunity. As scientists and conservationists have long argued, it is a major source of misinformation and nonsense about sharks, the scientists who study them, and how people can help protect endangered species from extinction.

I am a marine biologist who recently worked with five colleagues to scientifically analyze the content of Shark Week episodes. We tracked down copies of 202 episodes, watched them all and coded their content based on more than 15 variables, including locations, which experts were interviewed, which shark species were mentioned, what scientific research tools were used, whether the episodes mentioned shark conservation, and how sharks were portrayed.

Even as longtime Shark Week critics, we were staggered by our findings. The episodes that we reviewed were full of incorrect information and provided a wildly misleading picture of the field of shark research. Some episodes glorified wildlife harassment and many missed countless chances to teach a massive audience about shark conservation.

First, some facts. Sharks and their relatives, such as rays and skates, are among Earth's most threatened vertebrate animals. About one-third of all known species are at risk of extinction, thanks mainly to overfishing.

Many policy solutions, such as setting fishing quotas, creating protected species lists and delineating no-fishing zones, are enacted nationally or internationally. But there also are countless situations in which increased public attention can help move the conservation needle. For instance, consumers can avoid buying seafood produced using unsustainable fishing methods that may accidentally catch sharks.

Conversely, focusing on the wrong problems does not lead to useful solutions. For example, enacting a ban on shark fin sales in the U.S. would have little effect on global shark deaths, since the U.S. is only involved in about 1% of the global fin trade, and could undermine sustainable U.S. shark fisheries.

The Discovery Channel claims that by attracting massive audiences, Shark Week helps educate the public about shark conservation. But most of the shows we reviewed didn’t mention conservation at all, beyond vague statements that sharks need help, without describing the threats they face or how to address them.

Out of the 202 episodes we examined, just six contained actionable tips. Half of those advised against eating shark fin soup, a traditional Asian delicacy. Demand for shark fin soup can contribute to the gruesome practice of “finning” – cutting fins off live sharks and throwing the mutilated fish overboard to die. But finning is not the biggest threat to sharks, and most U.S.-based Shark Week viewers don’t eat shark fin soup.

When we analyzed episodes by the type of scientific research they featured, the most frequent answer was “no scientific research at all,” followed by what we charitably called “other.” This category included nonsense like building a submarine that looks like a shark or a “high tech” custom shark cage to observe some aspect of shark behavior. These episodes focused on alleged risk to the scuba divers shown on camera, especially when the devices inevitably failed, but failed to address any research questions.

Such framing is not representative of actual shark research, which uses methods ranging from tracking tagged sharks via satellite to genetic and paleontological studies conducted entirely in labs. Such work may not be as exciting on camera as divers surrounded by schooling sharks, but it generates much more useful data.

We also were troubled by the “experts” interviewed on many Shark Week shows. The most-featured source, underwater photographer Andy Casagrande, is an award-winning cameraman, and episodes when he stays behind the camera, can be great. But given the chance to speak, he regularly claims the mantle of science while making dubious assertions – for example, that shark diving while taking LSD is a great way to learn about these animals – or presents well-known shark behaviors as discoveries that he made, while misrepresenting what those behaviors mean.

Nor does Shark Week accurately represent experts in this field. One issue is ethnicity: Three of the five most-featured locations on Shark Week are Mexico, South Africa, and the Bahamas, but we could count on one hand the number of non-white scientists who we saw featured in shows about their own countries. It was far more common for Discovery to fly a white male halfway around the world than to feature a local scientist.

Moreover, while more than half of U.S. shark scientists are female, you wouldn’t know this from watching Shark Week. Among people we saw featured in more than one episode, there were more white male non-scientists named Mike than women of any profession or name.

In contrast, the Discovery Channel’s chief competitor, National Geographic, is partnering with the professional organization Minorities in Shark Sciences to feature diverse experts on its shows.

How could Shark Week improve? Our paper makes several recommendations, and we recently participated in a workshop highlighting diverse voices in our field from all over the world that focused on improving the representation of scientists in shark-focused media

First, we believe that not every documentary needs to be a dry, boring science lecture, but that the information shared on marine biology’s biggest stage should be factually correct and useful. Gimmicky concepts like Discovery’s “Naked and Afraid of Sharks 2” – an endurance contest with entrants wearing masks, fins and snorkels, but no clothes – show that people will watch anything with sharks in it. So why not try to make something good?

We also suggest that more scientists seek out media training so they can take advantage of opportunities like Shark Week without being taken advantage of. Similarly, it would be great to have a “Yelp”-like service that scientists could use to rate their experiences with media companies. Producers who want to feature appropriately diverse scientists can turn to databases like 500 Women Scientists and Diversify EEB.

For a decade, concerned scientists and conservationists have contacted the Discovery Channel about our concerns with Shark Week. As our article recounts, Discovery has pledged in the past to present programming during Shark Week that puts more emphasis on science and less on entertainment – and some episodes have shown improvement.

But our findings show that many Shark Week depictions of sharks are still problematic, pseudoscientific, nonsensical or unhelpful. We hope that our analysis will motivate the network to use its massive audience to help sharks and elevate the scientists who study them.

Editor’s note: The Conversation US contacted Warner Brothers Discovery by phone and email for comment on the study described in this article. The network did not immediately respond or offer comments.

Everything streaming on HBO Max in February

Everything coming to DisneyPlus in February

The Battle of Barbecue: APD vs. AFD