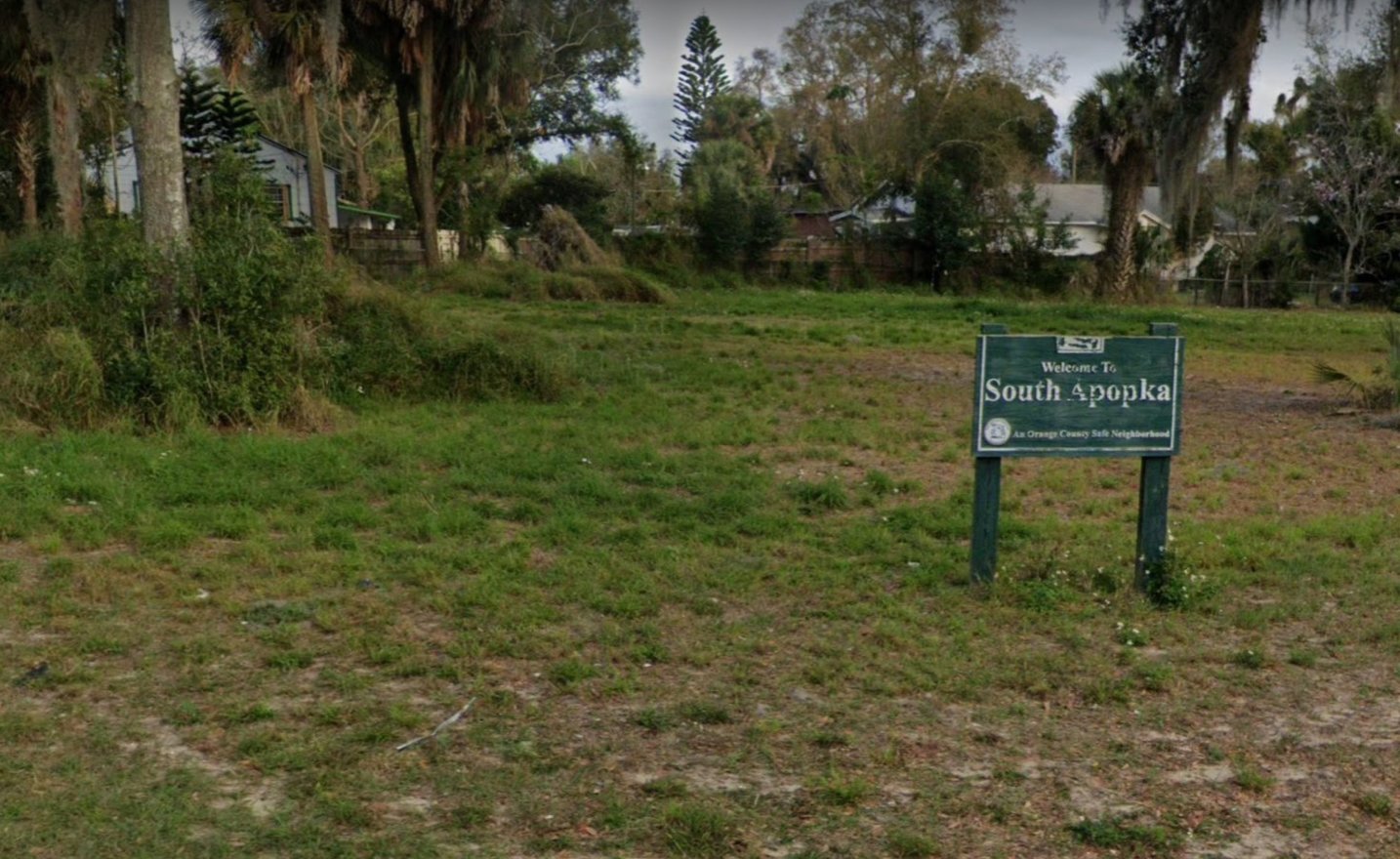 At its Wednesday meeting, the Apopka City Council took a small step in the long march to annex South Apopka. After over a year of discussions, announcements, political promises, false starts, and the urging of Commissioner Nick Nesta, it announced a date and time for a workshop to discuss the idea.

Nesta went through a list of questions during his City Commission Reports time period, but concluded with a firm suggestion to set a date.

"And the last one is South Apopka Annexation. I know we talked about after budgets we were going to do it... at the end of October. Let's set a date tonight."

After a brief discussion between the Council, City Administrator Edward Bass and City Attorney Michael Rodriguez, a date and time for the workshop was announced:

It couldn't come too soon for Commissioner Diane Velazquez, who ran a successful re-election campaign with annexing South Apopka as one of her platform issues.

"Finally, a date has been set to start a dialogue re: Annexation of the Southside of Apopka," Velazquez said after the meeting. "Last night, at the end of the public council meeting, Commissioner Nesta no longer asked if there was a consideration for a future date instead, he recommended dates in October.
This workshop date will finally allow the council to sit down and have an open discussion and provide a platform for the residents of Apopka to share their voices in the process. It is important to hear from the residents of South Apopka as well as the residents outside of South Apopka. For years, candidates running for office and elected officials have expressed Annexation of South Apopka for “One Apopka”. Having a date announced for the workshop will bring our council and the residents of Apopka to the table to begin the dialogue. With the growth occurring in Apopka, it is important to start this dialogue, so that all our residents are aware of the process; and the impact of the possible annexation. This is going to take a concerted effort by all parties to reach a favorable goal for a growing Apopka."

Commissioner Doug Bankson is running for the State House District 39 seat, and will be departing the Council in November. He too, however, would like to see resolve on this issue, but realizes it's not going to happen overnight, and wants to know if the residents of South Apopka truly want to be a part of Apopka.

"The potential annexation is complex in many ways," he said. "There is a desire for unity that has a historically healing aspect, and yet there are those who live in the projected annexation area that have expressed the desire to keep the uniqueness that is South Apopka. I think we can accomplish both. Of course there is the obvious cost of transition and making sure the level of service is attainable. However the real challenge for me personally is to make sure it is what the community desires as a whole. I am not a fan of forced annexation, and I want to make sure it is what the citizens of South Apopka truly desire as well. Having the conversation is the first step and I’m pleased to be part of the process if only for a short time. My desire and prayer is that this will be an exercise in unity, healing, and something our children will be proud of."

Commissioner-Elect Kyle Becker, who will take the oath of office after Bankson leaves the Council in November, would like to see a comprehensive presentation about annexing South Apopka, and is glad the subject is moving past the election season.

“I’m excited the Commissioners have set a date to shift from talking about potential annexation to putting thoughtful consideration into how such actions may stand to benefit both city and current county residents," he said. "It is a discussion not led by a looming political election, rather contemplating the thoughts and desires of residents this would most directly impact. My hope is staff does the prep work required to drive a meaningful, data driven conversation about what would be required from a public works, public safety, and logistical standpoint, and also be able to model out different scenarios to shape the right outcome.”

After the meeting, Nesta was grateful to have a date set, and wants to make sure the community's voice is heard on this subject, but is also aware one workshop will not be enough to present the full picture.
“I am excited to have this workshop finally take place," he said. "This will not answer all the questions about this process but will allow us to hear from the residents and set us in the direction the residents want us to go.”

Although Commissioner Alexander Smith did not respond to a request by The Apopka Voice to comment on the upcoming workshop, he has been a vocal proponent of annexation, calling for a committee to be formed at a May 4th City Council meeting.

"Annexation is a topic that is not going anywhere and needs to be addressed," he said in a statement to The Apopka Voice. "My recommendation is for the City to appoint a committee to begin serious negotiations with the County and the residents in the unincorporated areas of Apopka. It's time for Apopka to become united rather than divided down the middle of a road. A price tag should not be put on the quality of life or be the determining factor whether to annex or not. Do the humane thing, which is the right thing, by annexing and investing in all of Apopka. A true "One Apopka" should be our goal!"

Apopka Mayor Bryan Nelson did not respond to a request by The Apopka Voice to comment on the upcoming workshop, but did express skepticism about its success in an interview with The Apopka Voice published on April 21st.

"I'm not leading the charge on that," he said. "But obviously, if I get enough interest and they [the Council] want me to move forward with at least a presentation of the good, the bad, and the ugly; then we'll absolutely do it."

Nelson had his staff estimate the cost to annex South Apopka, but he believes those residents may want more than the estimate covers.

"The back of the napkin number, and we spent more than back of the napkin time on it, but we came up with $3 million a year. That's just taking over the police and fire and the other services we provide. But they [South Apopka residents] aren't looking for break-even services. They want better services. So what's the number? What is it going to cost? It's just a question of where and then how you pay for it."

He's also not convinced that Apopka residents will want to pay the tax increase.