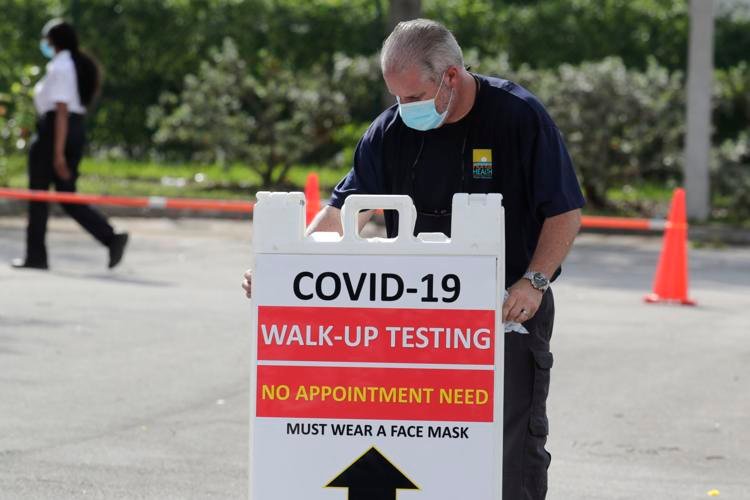 At the same time, the number of deaths attributed daily to COVID-19 across the state remains flat, if not trending upward over the past week, with 41 deaths reported Thursday by the Florida Department of Health (DOH), raising the statewide toll to 2,607.

Nearly half of those deaths have occurred since DeSantis announced the May 4 phase one reopening, when DOH reported 1,399 Floridians had died from the disease.

Florida also has seen three consecutive days with more than 1,000 people testing positive for COVID-19. On Tuesday, 1,222 new positive tests were reported, Wednesday was 1,303 and Thursday was 1,419 – the largest single-day count reported by DOH on its COVID-19 dashboard since it was created in March.

As ominous as the numbers appear, the trends confirm something DeSantis and others have said all along as the state dramatically increased testing.

Swelling infection numbers comes with a surge in testing: More than 50,000 test results were reported to DOH on Wednesday and Thursday. Overall, as of Friday, the state had conducted nearly 1.136 million tests.

Governor’s Office Communications Director Helen Aguirre Ferre said in a statement the state has increased its testing capacity dramatically with the establishment of 30 walk-up and drive-through testing sites, among other measures.

“It is common sense to anticipate that the more we test, the more we will find COVID-positive individuals,” she said. “Most important is the number of ICU beds and ventilators that are being used for COVID patients. In Florida, with more than 6,000 ventilators and 1,500 ICU beds available, the state has 25 percent availability to handle any surge.”

DeSantis and state officials have stressed the increased number of cases is a function of increased testing, citing the percentage of COVID-19 tests that come back positive as the better indicator.

Reported as 5.4 percent for all 1,135,865 million tests Friday, the daily positivity rate over the past month rarely has exceeded 4 percent and has been below 1 percent on occasion.

Hospitalizations, like deaths, are lagging indicators, since it can take up to two weeks for symptoms to manifest, Health policy experts said the best way to look at DOH’s statistics is in “two-week snapshots.”

DeSantis maintained the data show the vast majority of hospitalizations and deaths are linked to long-term care patients, nursing home residents and the elderly and his phased reopening plan and the Centers for Disease Control and Prevention guidelines emphasize protecting the “most vulnerable.”

On Sunday, DOH reported 1,230 of the state’s then-death count of 2,451 were residents or staff members of long-term care facilities.

“Fifteen percent” of the state’s COVID-19 fatalities have occurred among those 65 years old and younger, DeSantis said earlier this week, noting more Floridians over 90 years old have died from the disease than those under 65.