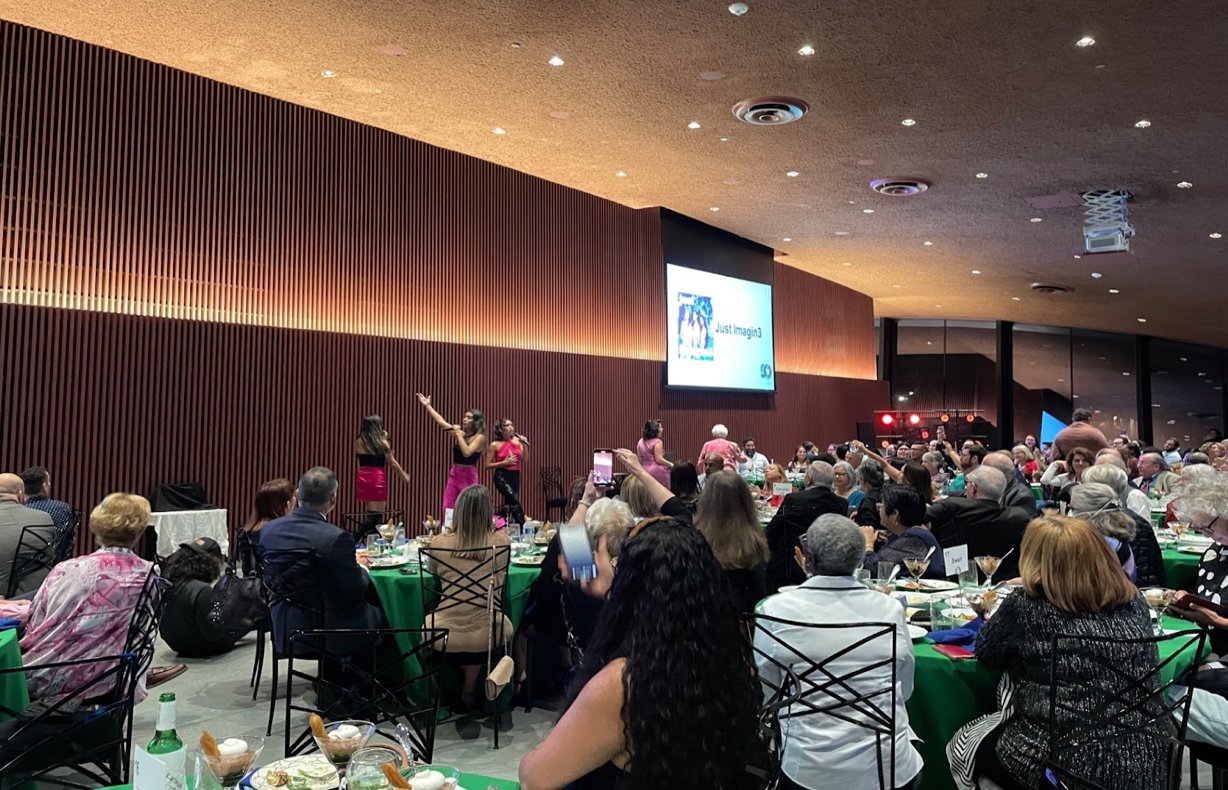 As mariachi music and excited cheers echoed through the halls, it was clear that the spirit of Apopka’s Hope Community Center was alive and well–even after 50 years of service.

The HCC held its “50 years y más” event on Saturday night to celebrate its anniversary and set new goals for the coming decades. The at capacity 250 registered guests in attendance were met with several guest appearances from HCC leaders and local community performers. The night was hosted by Orlando news anchor Nancy Alvarez, who has worked with the organization’s leaders for several years.

The original HCC organization's leaders were founders and religious sisters Ann Kendrick and Gail Grimes. They came to Apopka in 1971 and worked out of their car trunks to provide services to the community. Kendrick noted how far the organization has come and expanded since its early years. For her, however, the work is not done.

“I love the diversity in this room, and we can still do better, can’t we?” said Kendrick. “We need to love tenderly, not a Hallmark card kind of love, not a red or blue part love, but a radical love.”

The sisters and attendees were delighted with one particular surprise that night. Mayor Jerry Demings appeared in a pre-recorded video message to congratulate the organization on its decades of work and make Dec. 3 officially Hope Community Center Day. The legal proclamation recognized the efforts of the HCC in their fight for immigrant protection, universal healthcare, women’s rights, and equality for the LGBTQ+ community.

The night also included an award ceremony for local leaders who have worked diligently with the HCC to improve the condition of locals in need. The winners included Dr. Ruth Edwards for education, Dr. Marie Francois for advocacy, and Yesica Ramirez for community organizing. They were each presented with a trophy award named after one of the three founding religious sisters.

“I’m still here because I believe in the mission,” said Francois. “We need to give access to care for anyone in need of healthcare.”

Ramirez said that she “used to not have enough to eat” in her home country but has since paved a way for herself with the help of the HCC. She now fights for farmworker rights in Apopka to ensure others with similar life experiences can support themselves and their families fairly.

Among the tearful speeches were also several moving performances from local artists. City of Orlando Poet Laureate Shawn Welcome performed a spoken-word poem about how even small efforts of change go a long way in a community. Sister group Just Imagin3 sang a medley of tunes to uplift the crowd. During an upbeat Latin song, several members of the crowd got out of their seats to dance, including Sister Kendrick. One of the most moving performances, however, left the audience silent.

The Monarchs, a theater youth group of local Apopka and Wekiva students partnered with the HCC, performed a piece on the lives of immigrants. The children within the group have personal experiences with either coming to the United States or the struggles of being a first-generation immigrant. They compared immigrants to monarch butterflies but noted only the former has to face borders. After chanting, “migration is a human right,” three girls took center stage to share their own stories.

The girls each expressed their problems growing up with immigrant experiences and being bullied in school for it. The HCC offered a haven for cultural expression and freedom from status judgment for them and the other children in the group.

“Hope has given me a place in this country,” one child told the audience as they were met with a standing ovation.

The HCC plans to continue improving the lives of those who need it most in the local community. According to the organization’s latest annual report, the volunteers hope to expand inclusion for immigrants in the Orange County School District and provide community IDs to Orange County residents without access to a Florida ID. Overall, the sisters and directors hope to continue the good deeds from the last 50 years and look forward to promoting a safer and more loving environment for Apopka.

Article correction  on number of guests in attendance was made December 12, 2022.

The Flavor of friendship

Monday's parade honors the life of Dr. Martin Luther King Jr. and makes a call to come together