Apopka unites for Together as One Festival

The Armando Borjas Jr. Scholarship Foundation hosts its first-ever "Together As One" Festival on Saturday, helping to honor a local firefighter and remember the events of 9/11. 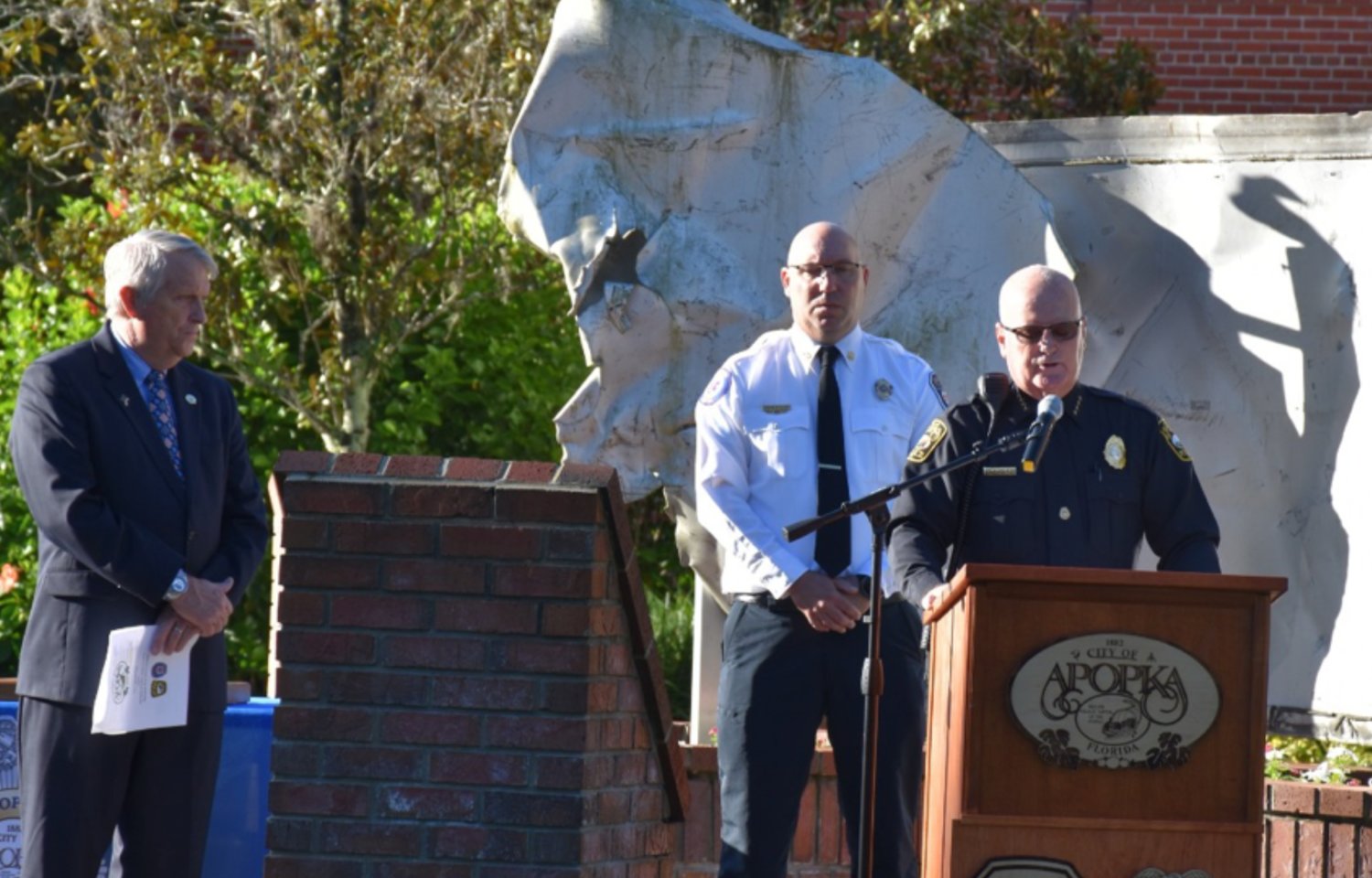 The Armando Borjas Jr. Scholarship Foundation in Apopka hosted its first-ever "Together As One" Festival on Saturday, September 10, helping to honor a local firefighter and remember the events of 9/11. The festival included live music, bounce houses, food trucks, and regional vendors supporting the AFD's fundraiser.

The event began after the 2nd annual 5K memorial race around the Northwest Recreation Complex, with photos of fallen firefighters hung around the course. Apopka Fire Department's Lt. Jerold Maynard, who is also the Director of the Armando Borjas Jr. Scholarship Foundation, noted how this kind of event motivates people to push themselves and honor the sacrifices of first responders.

"It's so important to educate people on that day and keep the history alive," said Maynard. "Not a lot of young people know firsthand what happened that day, so we need to always remember the 343 firefighters who lost their lives on 9/11."

Maynard, who served as the main organizer for Saturday's event, wanted to ensure there were more opportunities to help memorialize the September attacks within the local community. Maynard confirmed residents could attend a festival afterward if they were not able to run the race. This festival also raised money for the Armando Borjas Jr scholarship, which is in memory of an Apopka firefighter who died of cancer at age 39. The scholarship helps youth pay for Fire and EMT school to achieve their career goals, just as Borjas did.

"I love getting to volunteer with the fire department for events like these and helping out wherever I can," said Madison McCain, an Apopka High School student who is planning on pursuing a career as a firefighter after graduation. "I really wish more people came out to these events because they bring people together and strengthen our community."

Supporting potential recipients of the Borjas fund, like McCain, was the prime reason some vendors came to the festival. One of those business owners is Felicia Wright-Bell, founder of soul-food bakery Charlie Chat's Kitchen. 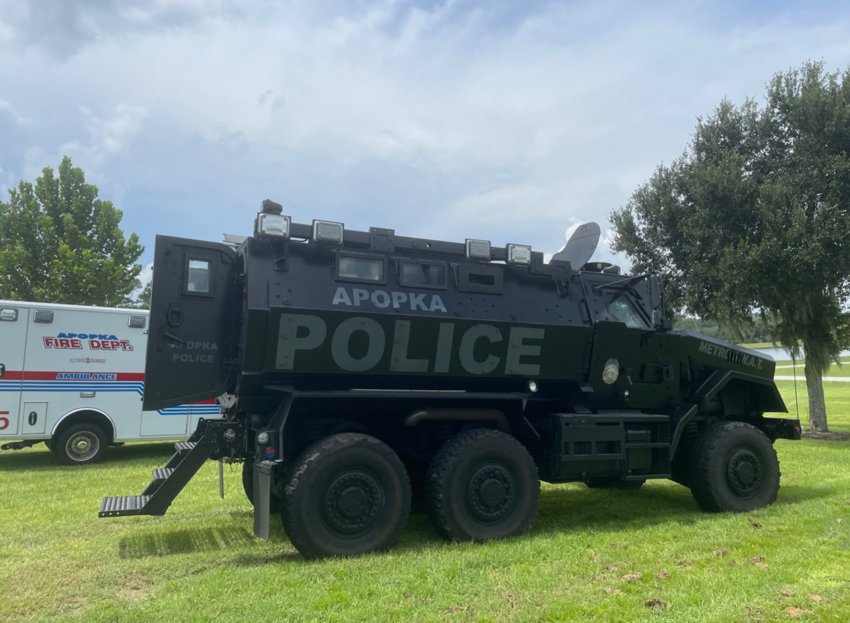 "When I saw this event online and heard the story of Borjas, it weighed heavy on my heart," said Wright-Bell. "I felt compelled to come here because of the scholarship fund and making sure I can support young people wanting to go through the fire academy."

Although Saturday was a day for togetherness, most of the Apopka amphitheater was left with empty seats. Members of the Apopka Police Department (APD), who were in attendance to support their fellow first responders, noted the difficulties of getting residents to come to events.

"We would love for local residents to interact with our social media and check the city website so more people will know to come out because these events are so important," said APD Officer Jason Wiggins, who was sent by the APD to help New York City locals right after the 9/11 attacks. 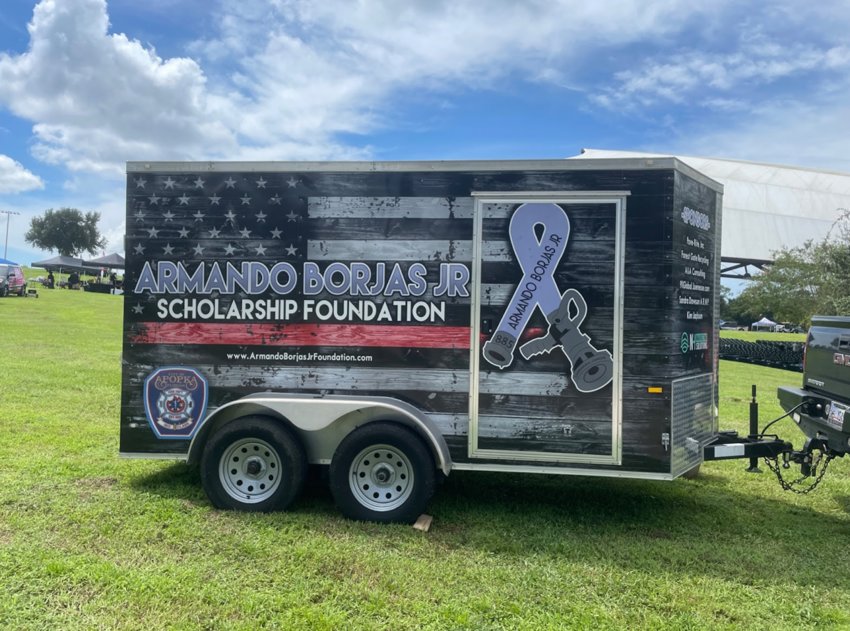 "By partnering with local businesses and charities, we can get the word out that we need to come together as a nation and as Americans. It's so easy to see negative things everywhere, so we want to make sure our community knows that there are positive events happening here, too."

Wiggins and other first responders hope to continue this festival and 5K as an annual tradition, helping it grow into a well-attended event each coming year. Regardless, Apopka's first responders want the community to honor those lost to the September tragedy on this 21st anniversary in whatever way they can. While time goes on, the memory will stay.

"We tend to think of heroes as movie stars and professional athletes, but 9/11 showed us how everyday people can be heroes," said Maynard.

To donate to the Borjas fund, visit https://www.armandoborjasjrfoundation.com/donate.html .