Apopka Seahawks advance to finals with semifinal win over Gotha 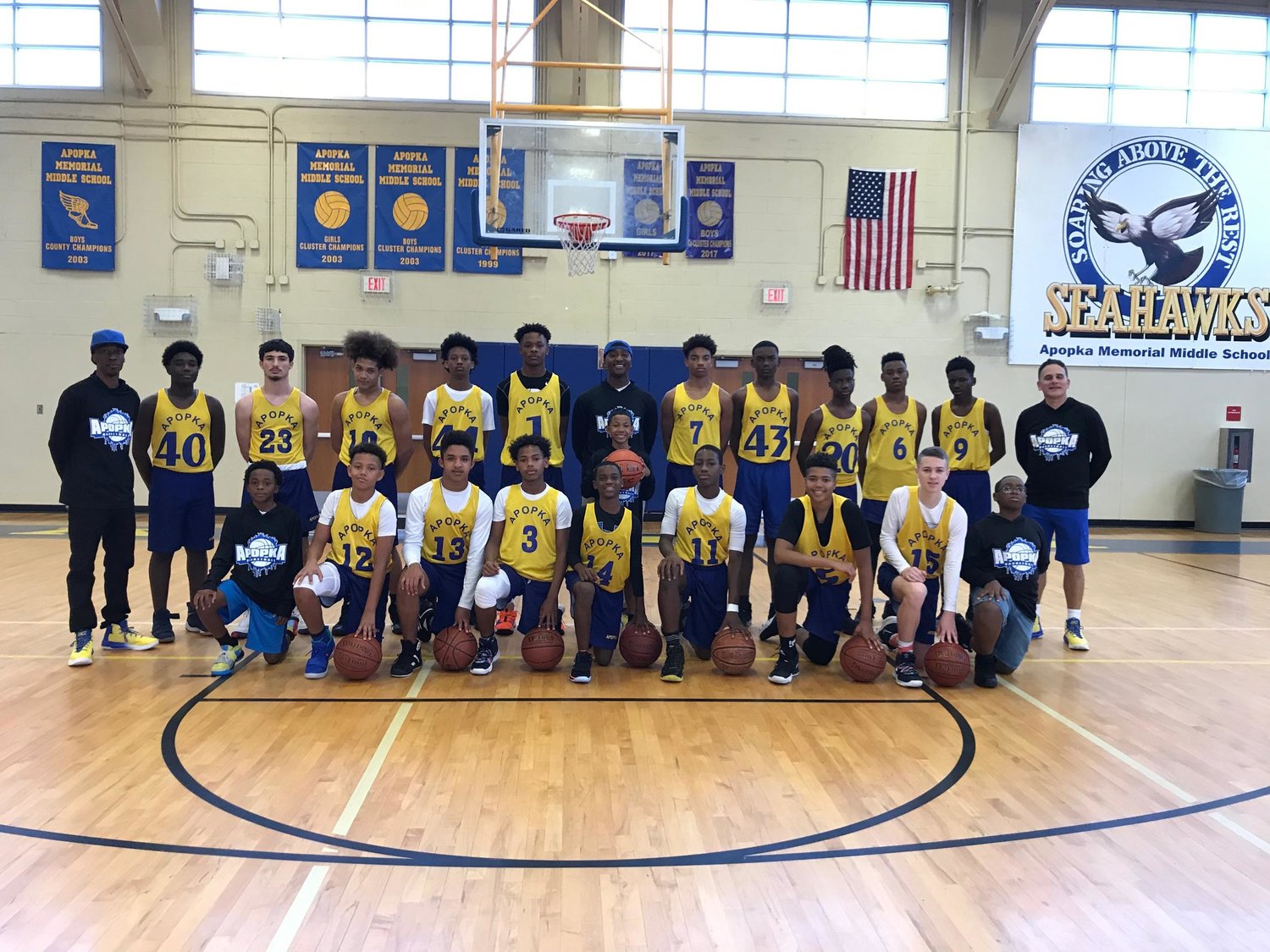 It’s been a roller coaster ride for the Apopka Memorial Middle School basketball program in recent years. The Seahawks began the 2019 school year without any definitive coaching staff in place. The previous basketball coach, Jacob Cawley, a former teacher at AMMS, took a Dean's position at Windermere High over the summer.

Coming off of a 2-win season in 2018, missing the playoffs, no coaching staff in place, and an inexperienced roster, there was a plethora of questions and uncertainty surrounding this years' AMMS team to start the year. The only thing that was known for sure is that the "potential" for a special season was there if only there was someone to steer the ship towards success.

The following is what happens when an opportunity comes knocking.

Fresh off of a 2018 OCPS County Championship Runner-Up finish at cross-town rival Wolf Lake Middle, Coach Mark Washington has experience in quickly turning basketball programs around. Washington was the head coach of the Wolves from 2016-2018, turning a 2-win team before he got there, into a Championship berth in his 2 seasons at WLMS.

Having attended and played basketball at Apopka Middle & Apopka High as a student, it was a dream come true for Washington to come aboard the Apopka Middle coaching staff once the opportunity presented itself. "I will always cherish my time at Wolf Lake, and although I didn't expect it to end so abruptly, I will always be proud of what those young men & young ladies accomplished together over the past 2 years", said Washington.

Not only that, but it was another reunion of sorts because Washington would be joining forces with fellow Apopka alum, college roommate, and lifelong friend Melvin Bolden. Bolden was already working in the AMMS PE Department and has prior experience coaching multiple sports at AMMS. "We knew back in August that we had the chance to do something special with these guys this year", said Bolden. The combo of Washington & Bolden was in place!... But that wasn't all... Experienced AMMS PE teacher and former athletic director Anthony Picone & Coach Jaquan Shaw also came aboard to help lead this group of young basketball hopefuls. The "Fantastic 4" was in place on the coaching side, but what about the roster?

Camerin James, Jamarie Sibley, Gavin Justice, Jeremiah Keaton & Branden Southall were the only returning players to the team heading into their 8th-grade seasons. James is already a highly touted prospect as an 8th grader, and coaches from around the county are taking notice. But the Apopka Middle program is far from a "1 man show", as James leads an extremely talented and hard-working group of teammates. Picone says "I wish some of the 8th graders were in 7th grade so we could do this again next year." According to Coach Shaw, "If we play our A game, then no one in the county can beat us but ourselves".

The Seahawks dominated throughout the regular season, setting school records in point differential, winning games by an average of 24 points per game. The highest scoring game of the season occurred when Apopka scored 72 points against Washington's former Wolf Lake Wolves team in the annual "Future Darter Showcase" held at Apopka High. "When we're clicking on all levels and engaged on both ends of the floor it's a beautiful sight to see", said Washington. The Seahawks capped off the undefeated regular season by winning the Cluster Championship against a familiar foe - the Ocoee Cardinals.

The 4 AMMS coaches have pulled double duty all season long, working with the boys & the girls teams throughout this season. The girls came in 2nd place in the cluster and advanced to the 2nd round of the playoffs. The journey for the boys continues having won home playoff games against Memorial Middle, SunRidge Middle and undefeated Gotha Middle en route to the championship game on Wednesday.

Now the Seahawks find themselves in the County Championship against Ocoee Middle School. This is a rematch from the final game of the regular season this year. Since both teams play in the same cluster, they've already played once in the regular season. Apopka won the first match-up by 9 in February. Ocoee punched their ticket to the title game by outlasting the #3 ranked undefeated Lockhart Lancers and are looking to avenge their loss to AMMS. The Apopka coaching staff knows that Ocoee will bring energy, experience, and intensity, so they have to play one of their best games of the season.

“No matter the circumstance and adversity, this group has banded together to make this historical run this season! This has been a magical ride, and these young student – athletes will take these memories with them for the rest of their lives. No matter what happens on Wednesday night, this group will always be brothers for life and we'll always have their backs no matter what. Our team motto is “1 team, 1 dream”… Now we are 1 win away from making the ‘D.R.E.A.M” into a reality! – LET’S GO SEAHAWKS!”

The County Championship game between Apopka Middle and Ocoee Middle is this Wednesday night (3/13/19) at West Orange High School. Tip-off is at 5:30 PM. Tickets are $3.