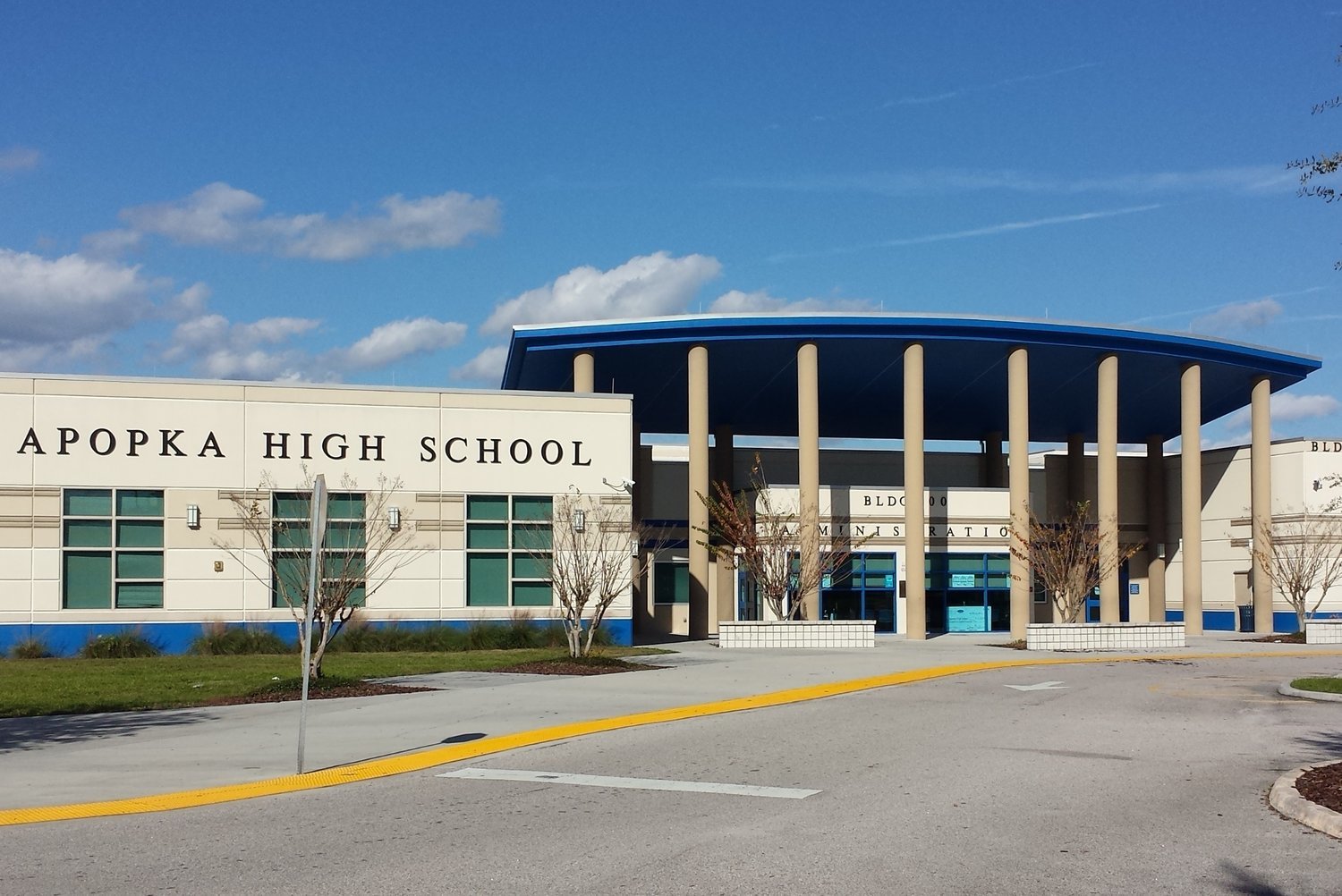 In spite of our Board’s continuous efforts to seek additional capital funding and local control to keep pace with development and maintain the control we and our local government partners once had over school overcrowding, in 2019, HB 7103 passed which adversely impacted the tools at our disposal.”
OCPS Board Chair Teresa Jacobs
By Reggie Connell, Managing Editor

Natura Vista is a development company based in Maitland that would like to bring a 45-unit apartment complex to Apopka. The subject properties are approximately 3.05 acres and are located south of Wilkins Street and east of West Orange Blossom Trail. The land is zoned as vacant but was compatible with existing mixed-use zoning, according to Apopka city staff.

Despite several nearby residents lodging their concerns over the proposed apartment complex, the Apopka City Council voted 4-1 at its Wednesday meeting to change the land to mixed-use. The lone dissenting vote was Commissioner Doug Bankson.

It was also pointed out by staff that the vote only changed the land use distinction. Any use of the property would still have to come before the Council and be noticed.

But Rod Olsen warned the Council during the comments section of the hearing, and later in an email to several elected officials, about the potential issues that an apartment complex could create for Apopka schools.

According to the agenda packet from city staff, Orange County Public Schools (OCPS) has indicated that capacity for the proposed development is not available at the high school level and is deficient by 3.76 seats at the high school level. The location is served by the following schools: Zellwood Elementary, Wolf Lake Middle, and Apopka High School.

Olsen, the former President of the Rock Springs Ridge Homeowners Association, emailed members of the Apopka City Council, Orange County Commission, and Orange County Public School Board with his concerns.

"At last evening’s Apopka City Council meeting, a Court Recorder was present for Ordinance #2886 - Second Reading - Rezoning - Natura Vista," he said. "Although this parcel is small, they are talking about 45 multi-unit apartments. The last time we had a court recorder this early in the process to attend a City council meeting was for Hamrick Estates. All three governing entities missed that developer’s “shot across the bow” as you may recall, the City, County & Orange County Public School (“OCPS”) district all missed various pieces of due diligence and/or due date requirements leading to all three entities appearing with their attorneys to the “who will sue who” City Council meeting debacle.

Even with the projected Fall 2022 opening of the K-8 school on Jason Dwelley, Apopka will continue to “enjoy” the disproportionate percentage of overcrowding in OCPS.

It is past time that we (City, County, OCPS, and our Citizens) “light up” Tallahassee to put a stop to OCPS overcrowding. These trailers cost more to heat, cool, maintain, and, most importantly, DO NOT provide the safety and security that brick-and-mortar schools do for our children.

As it impacts our City’s infrastructure and the safety and security of our children, we are looking to you to take a more proactive approach to development ordinances. We look to you to carry out your responsibilities to ensure that EACH and EVERY developer meets or exceeds EACH and EVERY requirement and timeline.

We should not miss this shot across the bow."

Commissioner Kyle Becker responded to Olsen by reminding him that this issue would be returned to Council before the proposal is settled.

"As stated by staff, the land use has the mixed-use designation already, so to not allow a zoning classification that is compatible with the corresponding land use would have likely triggered a legal proceeding, as they would not really be able to do anything with a Transitional zoning classification," he said. "The real work at this point is the assessment by staff to determine whether a concept such as what we have heard is compatible to the area factoring all aspects of ingress/egress, surrounding area, unique situations that an airport presents with vertical structure, etc. They need to bring all relevant evidence to the table when we discuss this matter to support/defend their recommendation to Council."

Melissa Byrd, the OCPS Board Member representing Apopka (District 7), also responded to Olsen's email and pushed back on some of his assessments.

"The development you mentioned is on our books and a capacity determination was submitted by OCPS," she said. "I do want to clear up some misinformation again for you.

OCPS has about 1,869 portables over 205 schools. These portables address overcrowding, but also program and construction needs. Students are often placed in portables as new relief school numbers are building or as a new school is under construction. Unless the state of Florida ever changes the way schools are funded (funding based on students in attendance), we will never be able to open a school before we have enough capacity to fund the new school.

Apopka has not been disproportionately affected by growth in the past few years. Its percentage of overcrowding is average for the district and significantly lower than the Horizon West and Lake Nona areas. Of eight elementary schools in Apopka, four are under capacity and four are over capacity.

OCPS Board Chair Teresa Jacobs also responded to the email and added the ongoing dealings that OCPS is having with the Florida Legislature in Tallahassee.

"In addition to the information provided by School Board Vice-Chair Melissa Byrd, who has been a staunch advocate for additional funding and flexibility to allow OCPS to meet the demands of growth, I want to update you on the potential changes under consideration by the legislature," Jacobs said. "In spite of our Board’s continuous efforts to seek additional capital funding and local control to keep pace with development and maintain the control we and our local government partners once had over school overcrowding, in 2019, HB 7103 passed which adversely impacted the tools at our disposal. Currently, the House Commerce Committee is considering additional changes to school concurrency that would further erode its effectiveness. While our advocacy has been extremely effective with our local delegation, the majority of the House and Senate members have not been supportive.

Notwithstanding these setbacks, we will continue to do everything we can with the resources and limited control we have to meet the growing needs of our community."