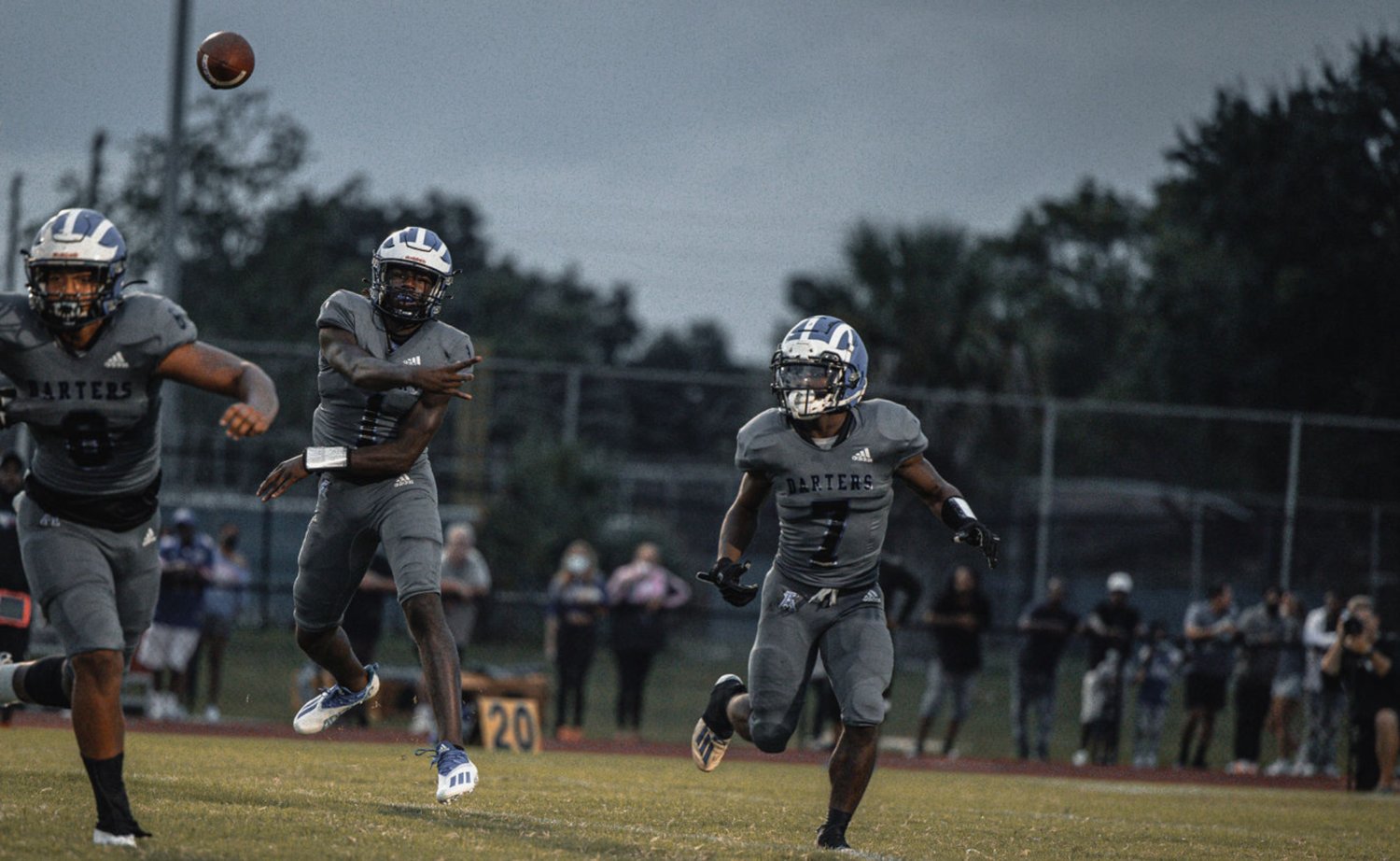 It was a dark and stormy night in Apopka, and the Blue Darters were in peril of losing a winning streak that has stood the test of time.
Bad weather seems to be the theme of this young season. Last week, Apopka's scheduled preseason game against Kissimmee was canceled because of inclement conditions. Then, the start of the game against the Ocoee Knights at Roger Williams Field on the campus of Apopka High School was delayed by about an hour because of the lightning threat, which seemed appropriate.
The odds of Ocoee beating Apopka in a football game were beginning to rise to the level of lightning strikes. In 16 straight games, Apopka has defeated the Knights, but last Friday night, that streak was in jeopardy.
By the end of the third quarter, it looked as though lightning would strike after all. The Knights led the Blue Darters 13-0.
Apopka, coming off a 2021 campaign in which it was a state finalist, is not a team that allows a two-score deficit to send it running for the panic room. The Blue Darters calmly shook off the mistakes a wet field can cause and scored on the first play of the fourth quarter, a short run by senior quarterback Kaleb Hicks.
Hicks scored again with 5:24 left in the game on a one-yard touchdown run to give Apopka its first lead, 13-12.
For the game, Hicks rushed for 74 yards on 10 carries. Senior Zeldrick Roberts led the rushing attack with 78 yards on 19 carries, and Apopka outgained Ocoee 251-142 in total offense.
Under the bad weather conditions, Apopka experienced three turnovers.
Apopka travels to Winter Garden next Friday night to face rival West Orange (1-0). The Warriors opened its season with a 42-12 win at Oak Ridge (0-1).