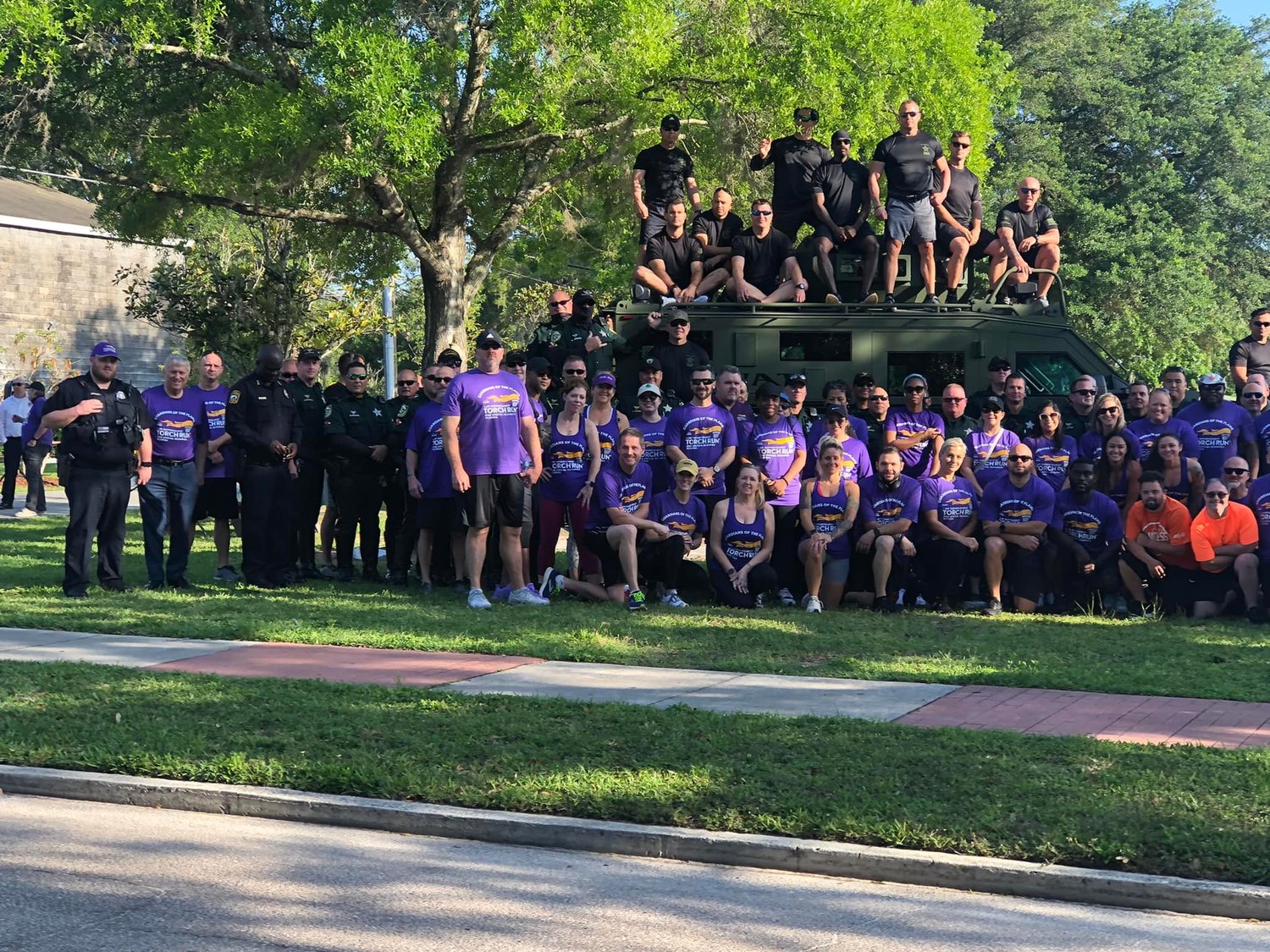 Photos courtesy of the Apopka Police Department and Commissioner Diane Velazquez
Posted Tuesday, April 19, 2022 9:52 pm
From Staff Reports and the Apopka Police Department
Apopka kept the Flame of Hope burning bright for another year.
The Law Enforcement Torch Run is a campaign to benefit the Special Olympics. It's the largest grassroots fundraising movement for the Special Olympics. It's also the largest law enforcement-focused charitable organization in the world.

They wanted to show their continued support for this worthy cause. The participants ran a predetermined path that was 3.2 miles long. They passed the Special Olympics torch and flag in the hope to raise awareness along their journey.
LETR began in 1981, when Wichita, Kansas Police Chief, Richard LaMunyon created the Torch Run. He thought the Torch Run would help Law Enforcement be active in the community and support Special Olympics Kansas. In 1983, Chief LaMunyon presented the program to the International Association of Chiefs of Police (IACP). They decided to endorse Torch Run and became the “Founding Law Enforcement Organization.”

Every year, the Flame of Hope travels through Florida in an intrastate relay of simultaneous routes throughout the state. More than 3,000 officers and hundreds of Special Olympics Florida athletes carry the torch on the 1,500-mile relay through all 67 counties in Florida.

The Special Olympics is a global movement that serves more than five million athletes in 169 countries. The organization empowers athletes to improve physical fitness, build confidence and find new friendships, all while having fun and learning life lessons.

Known as Guardians of the Flame, Law Enforcement members and Special Olympics athletes carry the “Flame of Hope” into Opening Ceremonies of local competitions. They also carry it into Special Olympics State, Provincial, National, Regional, and World Games. There are over 97,000 Law Enforcement members that carry the “Flame of Hope” annually. The flame symbolizes courage and celebration of diversity uniting communities around the globe.
The Torch Run has grown over the years and now includes many fundraising platforms including Plane Pulls, Polar Plunges, Tip-A-Cop, and more. Since the beginning, LETR has raised over $600 million for Special Olympics programs.