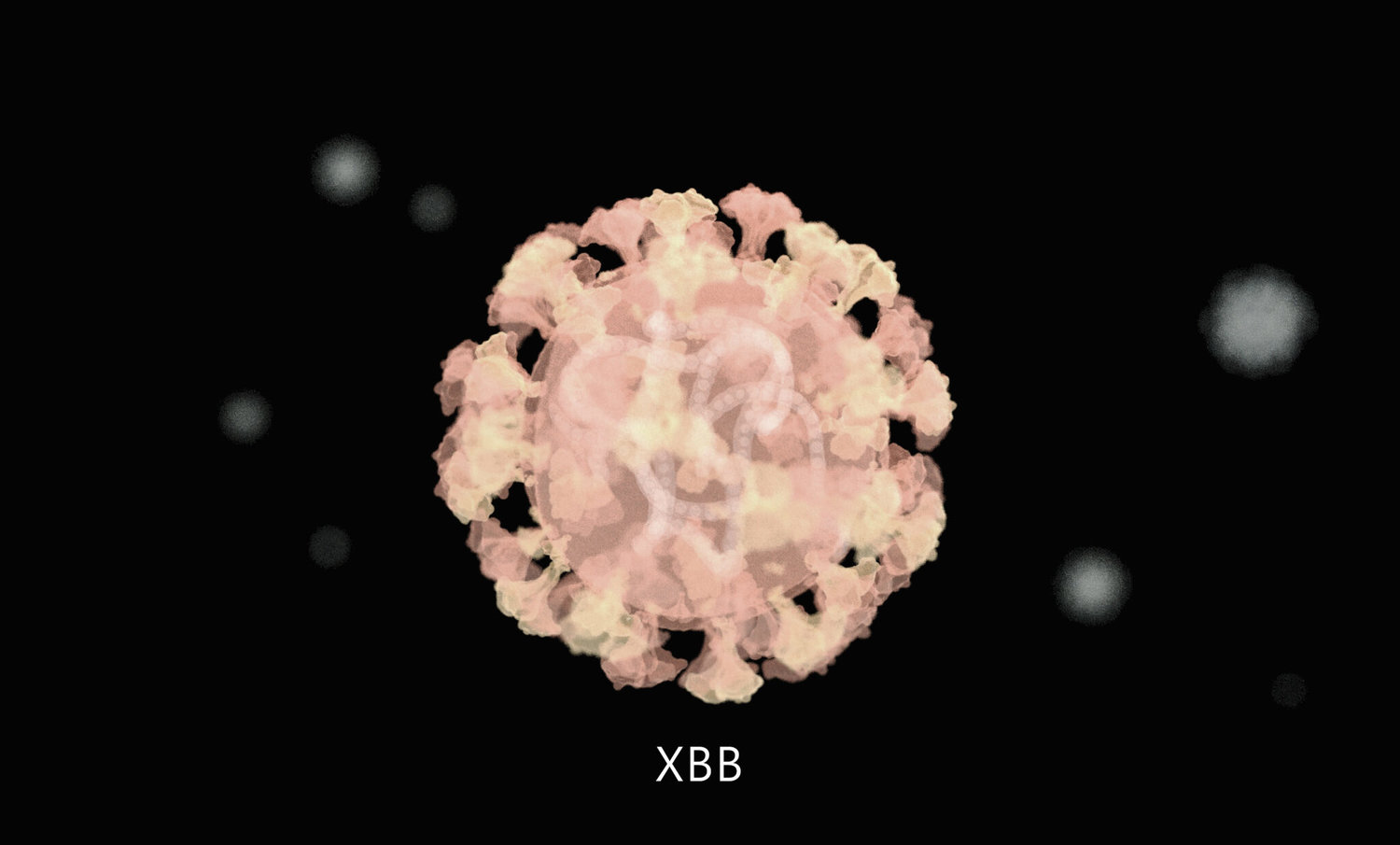 Caseloads involving newer versions of the omicron variant continue to increase in the United States, with a health expert warning of a likely surge in COVID-19 cases during the holidays because of reduced adherence to safety measures used earlier in the pandemic.

The federal Centers for Disease Control and Prevention has begun tracking XBB, a new subvariant of omicron that has been labeled a variant of concern.

According to a report released Friday, CDC data show XBB made up 5.5 percent of new coronavirus infections across the nation during the weekly reporting period that ended on Saturday. That represents an increase since the last report on Nov. 26, which showed the XBB subvariant made up about 4 percent of new cases.

CDC’s data tracker revealed that around 4 percent of the caseload linked to XBB has been identified in the region spanning Alabama, Florida, Georgia, Kentucky, Mississippi, North Carolina, South Carolina, and Tennessee. The report doesn’t break out individual states.

Rajendram Rajnarayanan, assistant dean for research at the New York Institute of Technology College of Osteopathic Medicine at Arkansas State University, told the Florida Phoenix last week that “we can anticipate a surge in cases post-Thanksgiving holidays.”

“We may not be able to get an accurate count of cases, as many home tests go unreported and overall testing is significantly down,” he said.

Although low levels in Florida, two sequences “belonging to the XBB lineage” have been found in the state since November, Rajnarayanan added. One count each of XBB and XBB.2 have been identified in Florida, according to data from the Global Initiative on Sharing All Influenza Data, which tracks XBB lineages.

Officials from the World Health Organization, which has also been tracking these and other concerning variants for quite some time, stated that XBB “is the most antibody-evasive” COVID variant to date. That could mean current vaccines may not be as effective against the subvariant.

“We are in a different pandemic phase than before. Much of our population has been vaccinated, and many vulnerable/senior populations have been boosted,” Rajnarayanan said. “Recent studies with the live virus show that bivalent boosters will likely offer robust protection against severe disease and hospitalization. It’s a pity that the booster uptake among adults is low.”

Meanwhile, other subvariants in the omicron family continue circulating throughout the nation, including BQ.1 and BQ.1.1.

Dr. Michael Teng, associate professor of medicine at the University of South Florida, told the Phoenix last month that current vaccines and even treatments used for COVID “may not be as effective” against BQ.1 and BQ 1.1. Those variants have been rising in the U.S. since at least October.

In fact, the subvariants have become the dominant strains in the nation, accounting for more than 60 percent of new infections, CDC data show. In the agency’s latest report, BQ.1.1 made up 31.9 percent of new variants, while BQ.1 made up 30.9 percent.

CDC data show that BA.5 — which earlier was the dominant strain — made up only 13.8 percent of new infections.

Other measures, he said, should include “masking in the transportation sector, rapid testing/home tests prior to gatherings, and testing prior to holiday air travel.”