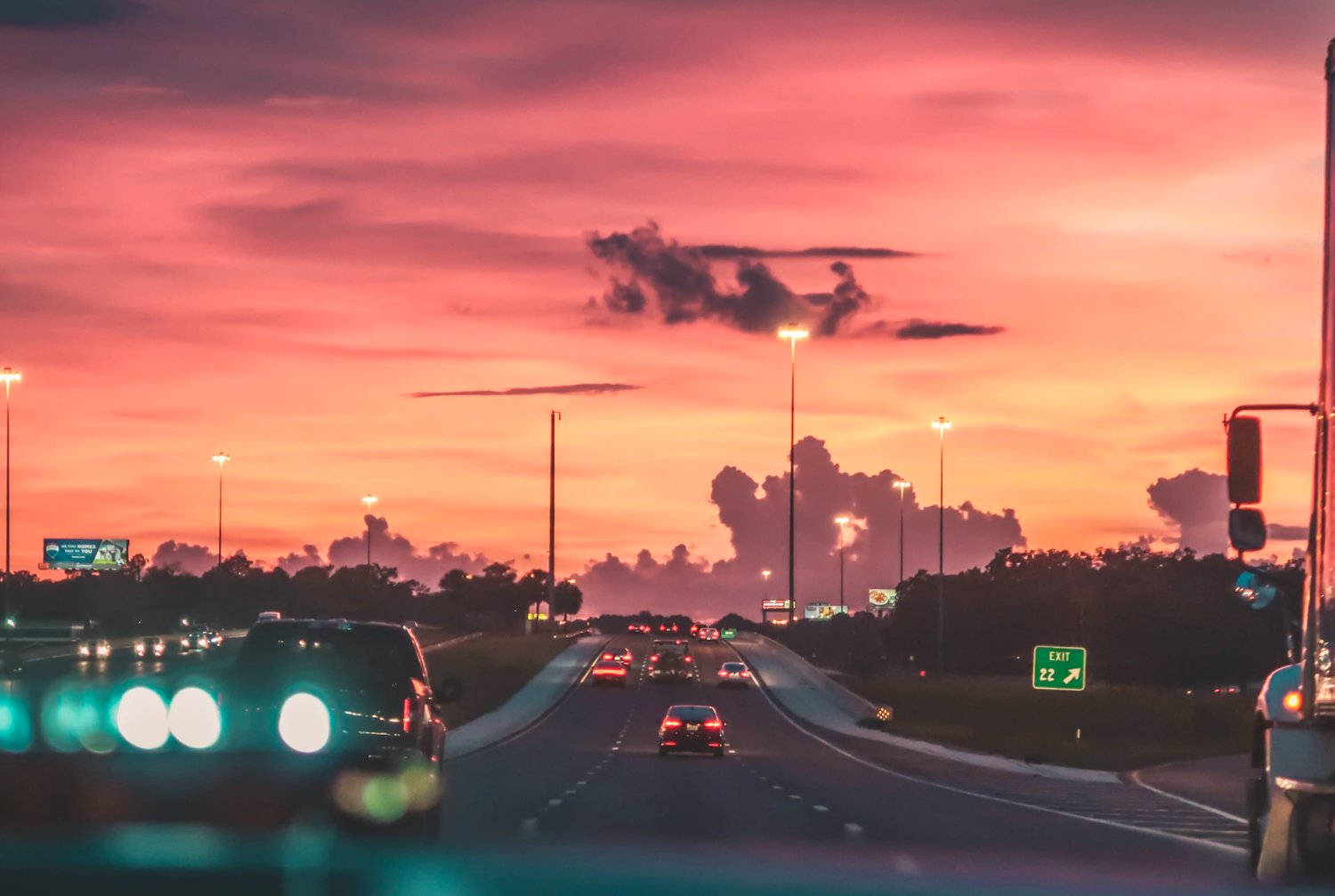 Florida lawmakers are scheduled to return to Tallahassee soon for another special session to deal with the state’s property insurance crisis. But it’s not just homes and condos where Floridians pay high insurance costs, but automobiles as well.

In fact, Florida’s auto insurance rates are among the top in the nation.

An analysis from insure.com ranks Florida as the most expensive state in the nation for auto insurance, with the average premium at $2,560 a year, or $213 a month. That’s a 23% increase in rates from 2021.

Ohio was listed as the lowest, with average insurance premiums of just $1,023 annually, insure.com reported. The average nationwide for full coverage car insurance is $1,682 in 2022.

Another study, Bankrate’s True Cost of Auto Insurance Report in 2022, showed that a Floridian's average annual full coverage car insurance premium is $2,762, the second highest rate in the country and trailing only Louisiana, at $2,864. Florida’s average is nearly $1,000 above the average annual premium in the United States of $1,771.

Why are the numbers so high? There are myriad reasons, some indigenous to Florida and some attributable to national trends that have affected the industry overall coming out of the pandemic.

A majority of state lawmakers believed that they had addressed the issue to some extent in 2021, when they passed a bill (SB 54) co-sponsored by Tampa Bay area state Sens. Danny Burgess (R- Zephyrhills) and Darryl Rouson (D-St. Petersburg) that would have repealed the state’s “no fault” insurance law that requires that motorists carry $10,000 in personal injury protection (PIP) coverage to help pay their medical costs after accidents.

It would have replaced PIP with mandatory bodily injury (BI) coverage of at least $25,000 per person and $50,000 per occurrence and required insurers to offer medical payments coverage (though policyholders could opt out of that coverage).

However, Gov. DeSantis vetoed the bill, saying that the measure did “not adequately address the current issues facing Florida drivers” and could have unintended consequences that would be bad for consumers and the car insurance market.

It definitely would have raised car insurance rates, according to a report commissioned by the Office of Insurance Regulation that was published right before that veto. The study from Pinnacle Actuarial Resources determined that if “no fault” was repealed, motorists would have seen their insurance premiums increase by 13%, or approximately $202 per vehicle annually. And the liability premium would go up nearly 20% for motorists who purchased medical payment coverage with a $10,000 limit.

But some think motorists would have been better off if the legislation had passed.

“When I see people move to Florida who come from other states that have mandatory bodily injury liability, their premiums always seem to be lower,” says Brandon-based insurance agent Kevin Swanson, who says he hasn’t read enough studies to have a firm opinion on the issue.

Insurance companies were happy that DeSantis vetoed the bill, though they do acknowledge that PIP reform is needed.

“PIP is riddled with fraud. It is a problem,” says Michael Carlson, President and CEO of the Personal Insurance Federation of Florida (PIFF). “We have state law enforcement constantly working to root it out and prosecute those who commit it.”

Carlson says that fraud plays itself in several ways, such as a “whole cottage industry of phony medical providers” that sends fraudulent medical bills to auto insurance companies.  “They’ll charge soft-tissue treatments of various kinds…they’ll charge it until they hit $10,000 and then suddenly that patient is fine, and they won’t charge anymore.”

There are also incidents with motorists staging accidents, and Tampa and Miami are known as being among the top cities in the country where such fraud is prevalent.

In July, CFO Jimmy Patronis announced the arrest of Angela Ippolito Duncan, owner of the Ybor Medical Center, for allegedly planning and participating in staged car accidents to submit more than $970,000 in fake accident automobile insurance claims. According to a press release from the CFO’s office, the investigation revealed that Duncan recruited an undercover detective to participate in an intentional motor vehicle traffic crash, provided the passengers for the vehicles, and directed all the participants for treatment at the Ybor Medical Center.

“Scam artists are working every day to drive up your insurance rates to line their own pockets,” Patronis said after the arrest was made.

Another factor in driving up rates that state lawmakers haven’t addressed is glass replacement fraud, which observers say has gone unchecked for years. This is where contractors literally will go after motorists in parking lots, gas stations or knock on their front doors to inform that they can have their windshields replaced for no cost if they have comprehensive insurance coverage, which about 90% of Florida drivers have, according to Mark Friedlander with the Insurance Information Institute.

What motorists don’t realize, however, is that once they sign the paperwork with those contractors to get their windshield replaced, they have “assigned” a law firm to handle the issue with their insurance company. That assignment of benefits (AOB) with auto glass has led to an explosion of lawsuits filed in Florida over the past decade by more than 4,000%, according to a consortium of organizations calling themselves “Fix the Cracks” who want the state to address the issue.

“This is an area of law where these cases were virtually nonexistent 10 years ago, and now they’ve perforated into the thousands, and the only explanation is that there was either a massive meteorite shower that went over the state of Florida, or the incentive for attorney’s fees are driving this and the loophole that was allowed to be created for auto glass claims is still in existence,” says William Large, the president of the Florida Justice Reform Institute.

The Bankrate report also states that Florida drivers spend the second highest proportion of their money on car insurance at 4.42% of their income, trailing only Louisiana (5.26%). And of all the metro areas in the nation analyzed, Miami and Tampa drivers spend the highest percentage of their annual income on their car insurance coverage, at 5.58% and 4.49%, respectively. The average American motorist spends 2.57% of their annual income on auto insurance.

Another factor in Florida’s auto insurance rates being among the highest in the nation are our frequent storms, flooding, and the fact that we have a lot of auto accidents. And keep in mind that Florida has a very high percentage of seniors 65 and older, according to U.S. Census data.

According to the National Highway Traffic Safety Administration, there were 3,737 fatalities from car crashes last year, making Florida the third most dangerous state to drive in the country.  There were more than 400,000 automobile crashes in Florida in 2021, resulting in more than 252,000 injuries from those crashes.

Also, one out of every 5 drivers (20.4 percent) in the state is uninsured, the sixth highest rate in the nation.

While the issues in Florida contribute to our higher-than-average premiums, national and global issues play a part as well, such as inflation and the breakdown in the supply chain that has raised rates everywhere.

Whether the Legislature is poised to take up any of these issues next year isn’t certain, but observers note that after the governor vetoed the PIP bill in 2021, the appetite for auto insurance reform in Tallahassee has chilled considerably.

So will the Legislature attempt auto insurance reform in 2023?

“I don’t think so,” Large says. “I think that the advocates who are moving for a bill to go from PIP to BI probably got a very clear message from Gov. DeSantis vis a vis his veto, and I don’t think they’re going to try to bring up a bill up in 2023.”

But the future isn’t all bad news for Floridians hoping to save on their auto insurance bills. Unlike property insurers, who are dissolving and abandoning Florida at an alarming rate, the auto insurance industry remains robust in Florida, with more than 50 companies writing policies for motorists.

“If you look at all the insurance products around the country, auto insurance is the most competitive,” says Friedlander. “Rates vary significantly between companies. And we always recommend (that you) shop your coverage if your rates are going up, because you can get multiple quotes and different discount programs that will help you.”

Here’s a list of car insurance rates by states and Washington, D.C. in 2022, from an analysis by insure.com: