AAA: The 100 Deadliest Days for Teen Drivers Have Begun

An average of seven people are killed, per day, in teen driver-related crashes from Memorial Day to Labor Day 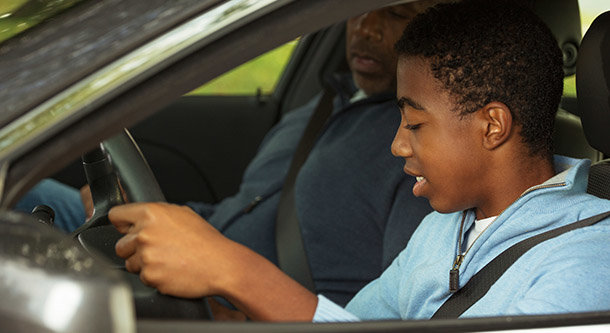 1. Talk with teens early and often about abstaining from dangerous behavior behind the wheel

4. Conduct at least 50 hours of supervised practice driving with your teen

5. Enroll your teen in both online and in-person driving courses

6. Talk with your teens about anticipating other driver’s mistakes and how to adjust their driving to others

Memorial Day weekend marked the unofficial start of summer and a dangerous time of year for young drivers. Nationwide, more than 30 percent of deaths involving teen drivers occur during what’s called the “100 Deadliest Days” - a period that runs from Memorial Day to Labor Day.

For every mile driven, new teen drivers (ages 16-17 years old) are three times more likely to be involved in a deadly crash compared to adults. Now that school is out for summer, these inexperienced teen drivers will have more time to spend on the road. That means more time driving at night and potentially engaging in risky behaviors like speeding, texting, or simply sharing the vehicle with teen passengers. The risk gets even greater when you add more vehicles on the road.

“This summer could prove to be even more dangerous for teen drivers as the 100 Deadliest Days coincides with what is expected to be a busier summer driving season than last year,” said Mark Jenkins, spokesman for AAA – The Auto Club Group. “AAA expects two years’ worth of pent up travel demand to be unleashed in the coming months. That means more traffic on our roadways, which raises the crash risk – particularly for young, inexperienced drivers.”

“Teens’ inexperience behind the wheel makes them more susceptible to dangerous driving behaviors – like speeding, distracted driving, and driving while drowsy,” continued Jenkins. “Even young drivers that are prepared and focused carry an increased crash risk due to their lack of experience behind the wheel. That’s why it’s so important for parents to play an active role in guiding their teens toward safe driving behaviors.”

Understanding the risks and knowing the facts will prepare both you and your teen for the road ahead:

The single most important thing parents can do to keep their teens safe behind the wheel is to be actively involved in the learning to drive process:

In May, AAA conducted a survey of people who have with teen drivers in their household. While the majority of them enforce some sort of safety measure, yet there's little consistency. As a result, fewer than half of all respondents from dangerous habits like texting while driving.

AAA’s How to Drive Program for Teens

Quality driver education is critical in developing safe driving behaviors for teens. That’s why AAA, a leader in driver safety for over 75 years, developed an online, supplemental program for teen drivers.

AAA’s How to Drive Online provides a solid foundation of the knowledge and skills necessary to reduce a teen’s risk behind the wheel. This program is an online, 25 hour course that features:

The AAA Approved Driving School Network is designed to help identify the best driver training resources in your local community. These schools have passed AAA’s stringent standards and offer quality curriculum as well as the best value for students.

AAA, Memorial Day, Labor Day, Teen Driving, 100 Deadliest Days, What are tips to keep teen drivers safe? What can I do as a parent to help my teenager be safe driving? Travel, Transportation

How to Reduce Anxiety While You're Driving

Best Sneakers for the Modern Man