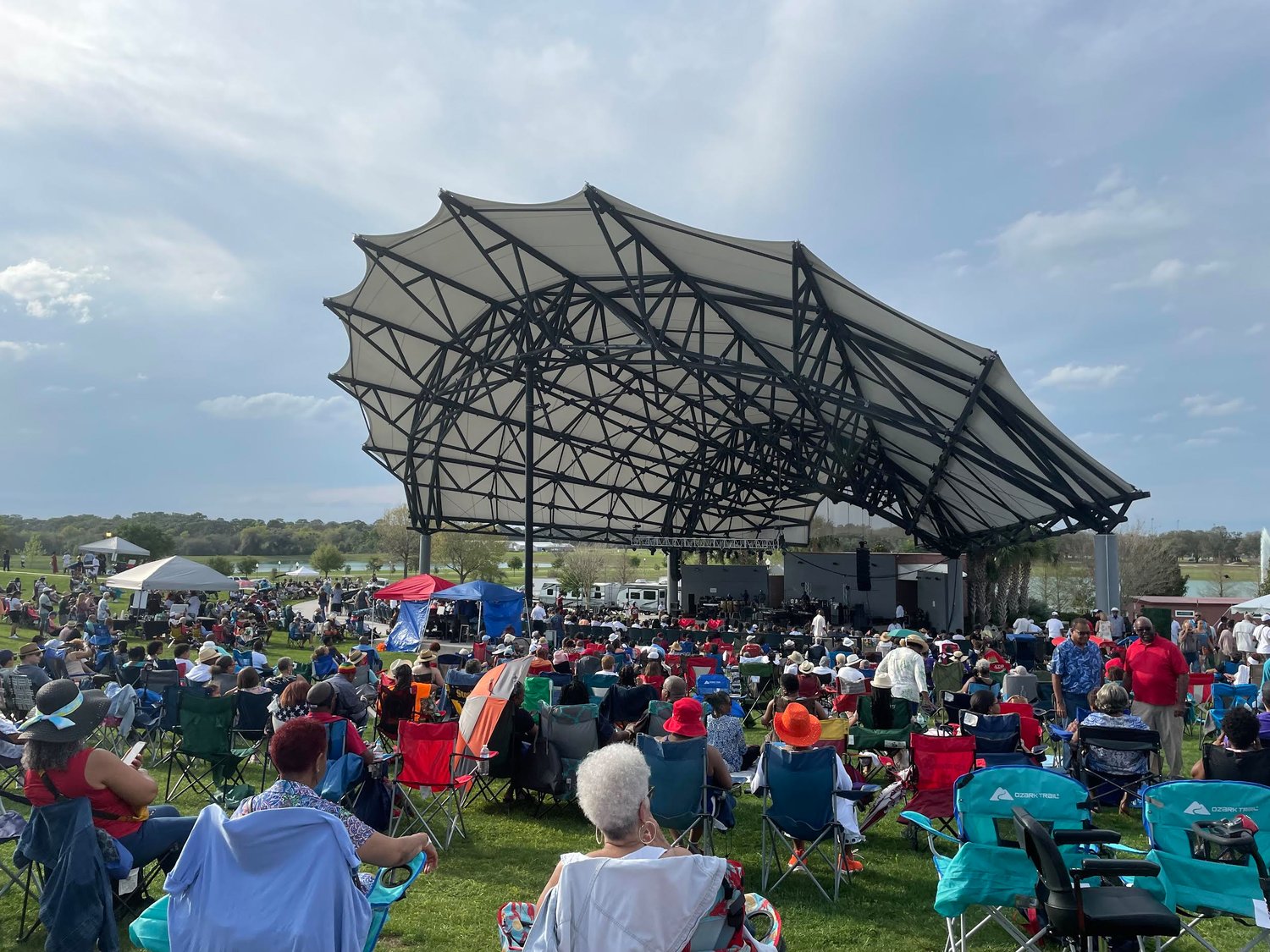 Editor's Note: Last weekend, the Apopka Amphitheater hosted the International Jazz Festival, attended by hundreds of fans. The Saturday Sounds Series in Apopka has also become a popular event. Is it a trend Apopka residents can expect to see more of? Patsy Whitely Beckett, the Outreach Coordinator at Spotlight Visit Apopka, wrote this letter to the editor with her observations on the importance of performing arts in the community.

It's a decade mainly considered the era of awareness, excitement, and innovation according to the voices of those who defined it on hit television "news" show MTV during the premiere of its MTV Decades reflection. It was a 90-minute long episode that aired in December 1989, reflecting on the decade's involvements.

Ronald Reagan was President. As a country, we were six trillion dollars in deficit. National security was the administration's focus. The AIDS epidemic was the world's pandemic. Capitalism and social issues were at a crossroads, and thousands of workers were on strike. Yet television was the primary vehicle that kept us informed with these timely updates. For my generation, the arts were essential to our understanding and ability to process and communicate the world as "Newcomers."

As a young viewer, I remember when certain television stations began to change regarding their content and targeted audience. It didn't take long before you noticed that you were growing up... and fast. This new era called for the attention of my peers and me. And frankly, the way it had been done before required a new platform. The "Say No to Drugs" campaign was recognized everywhere, and mainstream artists were trying desperately to help drive the message. But while many of us successfully dodged the hatchet (some better than others), other issues cried out.

I couldn't wait to become an adult and contribute to making this world a better place. Mainstream media needed to become a transporter of human emotion and intelligence.

Music collaborations between legendary recording artists Duran Duran, David Bowie, and Run DMC championed an end to South African apartheid. While on this side of the globe, the youth in local schools used their creative displays with various forms of storytelling, which documented their social realities. Music festivals, community organizers, television networks, and industry professionals competed to educate and inform Americans of all ages of the issues at hand.

Fast forward 30 years, and we're discovering somewhat of a new world. Post pandemic and a host of other concerns, we now find ourselves older, wiser, and more resilient. Looking for ways to add value to our lives and creating opportunities for time spent are the focuses for many.

The City of Apopka has recently begun hosting a series of concerts through community event partners that feature artist categories that one would have only imagined showing up on their TV screen. Capturing the hearts and minds of local boomers and millennials, the initiative to connect through music and events rings loud and is regarded highly in Apopka and that of the artist community.

It's like having "tickets to paradise." Where else can you enjoy good food and music and meet up with old friends in a safe space?

I saw a couple of guys I'd attended high school with at a recent concert to bolster the point. We were all in the marching band together. They wore the coolest haircuts, acid-washed jeans, and athletic jerseys. But now, all grown up, sporting silver beards and teenage kids of their own. These were your classic "boy's next door."

It's hard to believe those years are behind us, but that's why family and community connections matter so much.

Although we struggle to understand what direction we're headed as a country, only a few short years ago, we were able to survive on roughly 50 television stations and now hundreds in the United States alone. I recently listened to a discussion on YouTube between industry leaders about the state-of-their industry. They talked about information and technology might impact specific job sectors. Once artificial intelligence and computer automation systems have been fully implemented, they might impact demographics more than others.

Ironically, an area of supposed "gloom and doom" was journalism and media, as you'd probably imagined, but I say, not so fast.

Think of it this way... platforms like YouTube are prime real estate for creators to go on and post "reaction" videos. It has opened doors for recording artists and content creators to introduce (new and old) selections to their viewers and give and solicit feedback from those same viewers, often hitting highs well into the triple digits.

Could you imagine applying this concept to industries in fear of the age of robotics? It's a futuristic approach to traditional viewership. Perhaps the idea shouldn't be a too fearsome untimely wipeout or a cataclysmic extinction of the employed conscious-minded community, but instead something different. Why else would Apopka be successfully invested in tapping into and connecting the dots between the artsy and everyday people? The success in turnouts at these events can be directly attributed to social media's power and compounding effects, especially in a tightly connected community like ours, where family and inspiration are necessary components.

The fact that our community has invested in the future of performing arts and events is forward-thinking. In a 1989 MTV interview with rock legend Rod Stewart, he expressed concerns about adapting his careers over the next 10, 20, 30 years as the anticipated change rollout occurs. As you can imagine, the industry has not lagged in creating space for platinum recording artists like Stewart, Mick Jagger, or Jeffrey Osborne, who hit the stage this past weekend during the outdoor celebration at the International Jazz Festival in Apopka.

However, effectively communicating a message on your stage is much like running a television network while using social media and other platforms to generate traffic and connect with citizens in hopes of advancement, which are the areas we might consider.

In my opinion, this is only the beginning.

We're witnessing ingenuity and a vital lesson taking shape that promotes the evolution of old ideas while reshaping them into something new and improved, much like how the American Music revolution and adaptation found their way here in the first place.