6 ways to keep kids’ school skills sharp over the summer 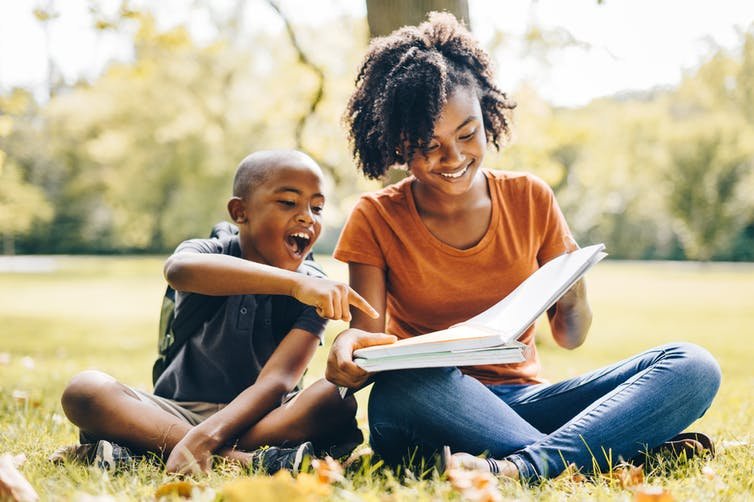 Worried your kids will forget what they learned in school over the summer? Scholars have been studying the problem for over a century.

When William White, a New York State mathematics professor, set out in the early 1900s to study how much math students remembered over summer vacation, he checked to see how well they would do at the start of school on a test like the one they had taken at the end of the previous school year.

Whereas second graders on average got nine out of 70 questions wrong in June, after the summer break on average they got 25 out of 70 wrong on the same test. But after two weeks of drills, the number of answers the students got wrong dropped to 15.

White’s study – titled “Reviews Before and After Vacation” and published in 1906 – concluded that “that which is least vital is first to be lost.”

White’s study is also one of the first to identify what educators today refer to as “summer learning loss” – which is the negative effect that a long summer break has on students’ ability to remember facts and skills they had learned the previous school year.

Studies of summer loss increased in the 1990s as Congress began to place a bigger emphasis on holding schools accountable for the achievement of all students.

Over the summer, students typically lose the equivalent of about a month’s worth of learning, mostly in the areas of math facts and spelling. Research has also found that summer learning loss is more severe among students with disabilities, English language learners, and students living in poverty.

But researchers’ understanding of summer loss is continually evolving. For instance, one study found that the students who experienced the biggest losses were the ones who had shown the biggest gains just before the test at the end of the school year. This raises questions about whether their gains were true gains or just the result of special preparation for the test.

Some people have argued that summer loss wouldn’t occur if the U.S. had a longer school year or year-round school. For instance, they point to countries like China, where the school year is 245 days, as opposed to the traditional 180-day school year in the U.S. China is ranked first in the top 20 nations in terms of student scores in math, science, and reading. The U.S. is ranked No. 25 out of 77 countries and is several points behind Australia, Switzerland, Norway, and the Czech Republic, which are ranked 21 to 24, respectively.

But shorter school years don’t always result in lower test scores. For instance, students in Ireland outscore American students on math, science, and reading by an average of 10 points, according to the Program for International Student Assessment, better known as PISA, yet attend school for only 167 days, or 13 days fewer than in the U.S.

How parents and caregivers can limit summer loss

Some parents take advantage of school-based programs that can help students keep up their academic skills during the summer. But there are still ways that parents and other caregivers can stave off summer loss that does not involve school.

1. Model what you want to see: First and foremost, never forget that you are a role model. Children will do what they see the adults around them do. Summer is the perfect time for you to reduce screen time and increase time reading, writing, taking walks, playing games, or having conversations.

2. Visit the library: Children love independence. One of the best ways to allow children to demonstrate independence is to have them browse the shelves of the local library and select books that they can read independently or for you to read aloud to them. Participate in story hours if your local library offers the activity. Establish a habit of visiting the library on a weekly basis or at least several times a month. These library visits will strengthen a child’s reading skills.

3. Play games during trips: When traveling by car, bus, or train, there are games – both word and number – that you can engage in with your children. For instance, you can play “I Spy with My Little Eye,” estimate the number of fast-food restaurants you’ll pass, or even look for all the words that begin with a certain letter. These activities not only keep children engaged but also incrementally sharpen their skills in a wide range of academic areas such as literacy, numeracy, and communication.

4. Encourage your children to keep a summer journal: To get them started, suggest one journal entry of “10 Things I Want to Do Before Summer is Over.” The list can include activities like watching the sunrise, going an entire day without wearing shoes, or seeing how far they can spit a watermelon seed. To make the journal more interesting, encourage children to fill it with both writing and drawing.

5. Visit landmarks: Plan visits to acquaint you and your children with local landmarks. Document the visit with a journal entry, drawings or photographs, and some research on the history of the site. The excursions can become even more meaningful if you have children do a little research into the landmarks you visit.

6. Plan weekly family picnics: Vary the meals to include breakfast, lunch, dinner, or even dessert. Let your children plan the menu and cook with you, as well as select the site for the picnics. Research has found that involving children in the preparation of meals by doing things such as making grocery lists can help improve their reading, writing, and math skills.

Back to School, The Conversation, Library, Journal, Students, Summer

As new school year draws near, Florida families can save at annual back-to-school tax holiday