Vegan food unicorns are taking over the market 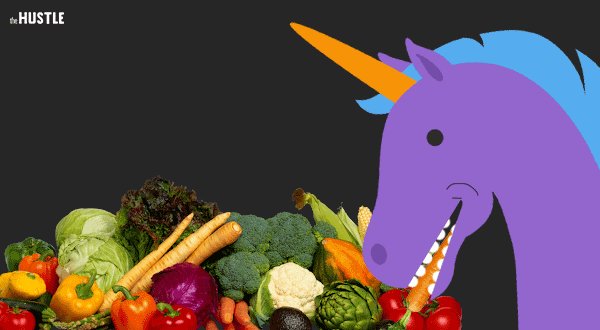 For your vegan and vegetarian friends... and those with an eye for potential stocks

There’s a new cow in town, and this one really is ready to jump over the moon.

They’ve raised $120m so far thanks to Giuseppe, their patented AI software, which helps them analyze and develop new product recipes.

Now, they’re eyeballing a $1B valuation as they expand further into the US, Canada, and Mexico.

According to Lever VC, a leading investor in the alt-protein space, the plant-based meat and dairy industries are worth a combined $22B and are growing fast.

The industry is projected to grow 31% YoY, reaching $85-$140B in the next 10-15 years -- and, most likely, minting several new billion-dollar companies along the way.

There’s another interesting angle here: If NotCo does hit a $1B valuation, it’ll be Chile’s first unicorn startup -- vegan or not.

Despite pandemic woes, Latin America saw a record 488 VC deals in 2020, and Mexico and Uruguay minted their first billion-dollar startups.

NotCo -- which so far only operates in Chile, Brazil, Argentina, and the US -- is projecting 4x sales growth in 2021 as they move into even greener pastures.