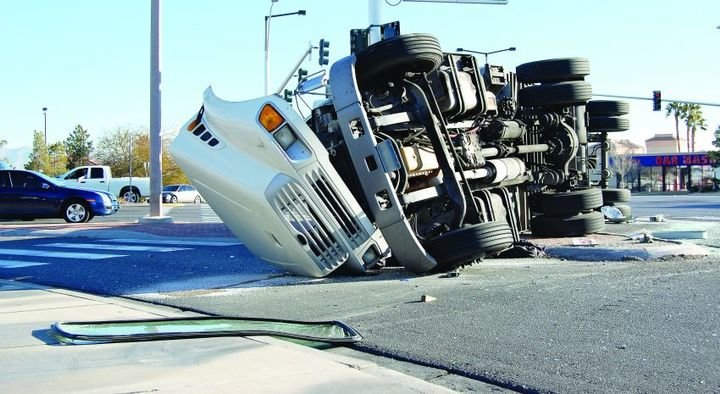 We rely on trucks to carry much of our necessary cargo. In fact, two-thirds of U.S.-Canada trade is moved by truck, while nearly 12 million registered trucks transport almost 70% of all freight (representing $671 billion worth of goods) every year. But while these vehicles are vital to our economy, the reality is that this method of transportation isn't nearly as foolproof as many of us would like to believe. Unfortunately, trucking accidents are all too common -- and the state of Florida ranks in the top five worst states for fatal truck crashes.

There are roughly 1,315,561 lawyers in the U.S. today, and a firm employing just a handful of those lawyers compiled a compelling analysis that reveals some of the most dangerous states in the union for truck-related collisions. According to Phoenix, Arizona-based firm Begam Marks and Traulsen, data from 2015 to 2017 shows that large trucks were involved in approximately 11,000 fatal accidents on U.S. roadways. Those accidents resulted in 12,230 deaths and occurred largely in more rural areas on interstate highways. The majority of fatal truck crashes took place on weekdays and during the hours of 11 am to 4 pm -- which might surprise some, as rush hour collisions involving trucks are relatively rare in comparison.

While Texas and California nabbed the top two spots, indicating the highest numbers of trucking collisions (perhaps due to their size and populations), Florida came in third. During that three-year span, there were 693 fatal truck accidents in the Sunshine State, with 35 of those crashes occurring in Jacksonville alone.

Accidents happen all the time for a variety of reasons -- stemming from "Zero Tolerance" OWIs, in which underage motorists can be charged if they have any amount of alcohol in their systems, to distracted driving and speeding. The report notes that speed was a factor in 17% of all truck crashes involving at least one fatality, with the National Transportation Institute citing that one in seven applicants for trucking jobs being unable to pass drug tests. Sadly, many truckers cite fatigue as the reason for crashes (despite the fact that many truckers have fought against mandated breaks regulated by the federal government).

But no matter the reason for these trucking accidents, they tend to be far more serious than a run-of-the-mill fender bender. During the period of time studied, 910 fatal truck crashes involved what's known as an underride, wherein a passenger vehicle slides under the sides or back of a truck or trailer in a crash. Not surprisingly, given the fact that trucks can weigh 20 to 30 times more than the average car, the vast majority of motorists and occupants killed in accidents involving trucks are those in passenger vehicles. However, at least 39% of truck occupants who are killed in these kinds of accidents were found not to be wearing a seatbelt.

Of course, Florida is far from alone in its high number of trucking accidents. Nationally, truck-related fatal crashes increased by 9% year-over-year by 2017 -- reaching their highest level in almost 30 years. As a result, many other states have been stepping up their game to investigate recent incidents or to help other drivers avoid a tragic fate.

In Florida, the "Share the Road" initiative remains the main component of the state's trucking association public awareness program. Since the initiative was started in 1996, 150,000 Florida students in drivers' education classes and high school physical education programs have learned safe driving techniques pertaining to sharing the road with large trucks. However, recent statistics suggest that more needs to be done in order to keep other motorists, pedestrians, and truckers safe from harm.