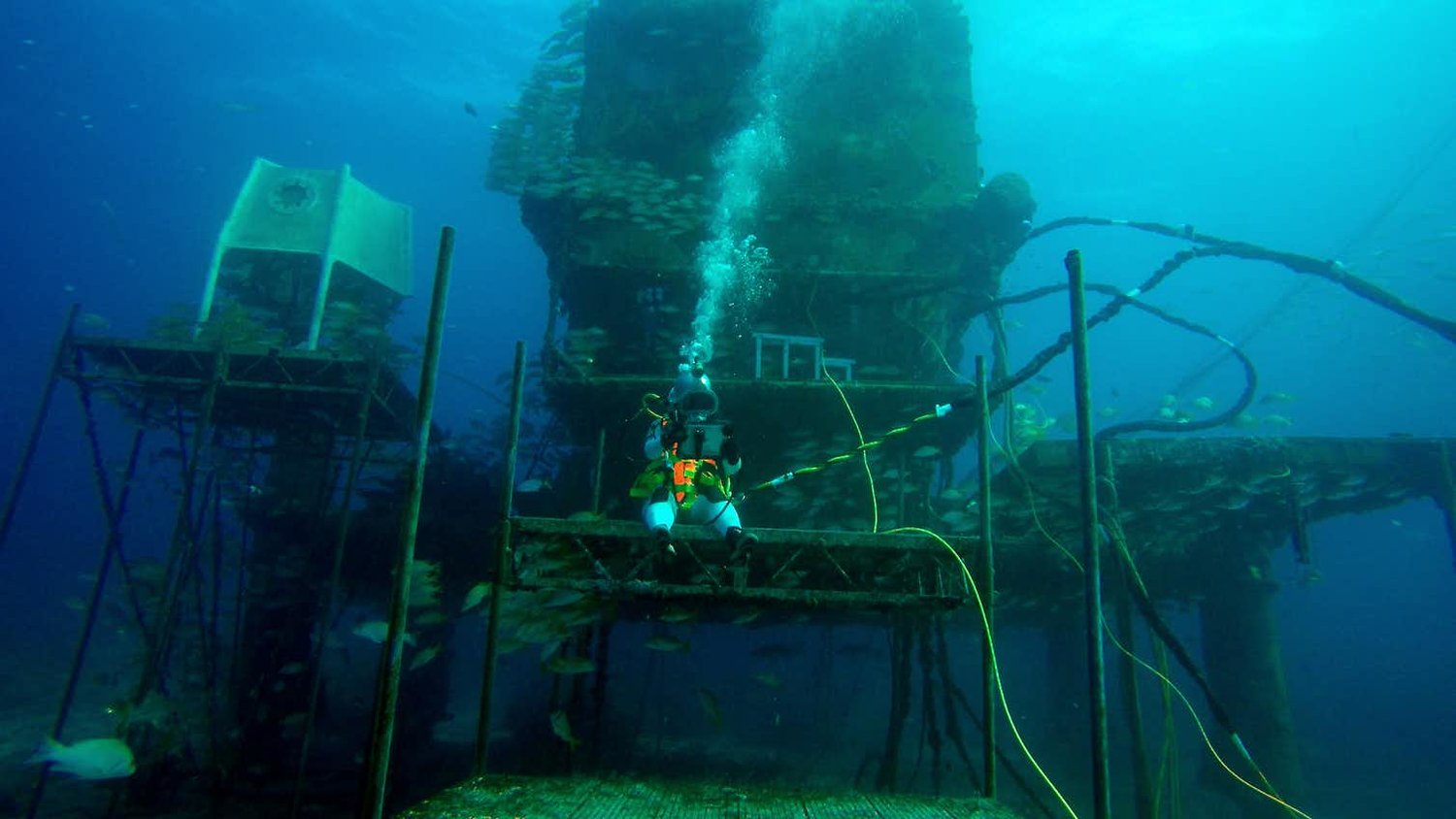 As NASA prepares to return to the Moon in the next couple of years and possibly even establish bases, it needs a better understanding of how the human body performs in such an inhospitable habitat.

To that end, two astronauts, two researchers (including me) and two technicians participated in a program called NASA Extreme Environment Mission Operation (NEEMO) in which we descended 62 feet below the ocean’s surface this past June, to spend nine days living in a tiny capsule that mimics what life might be like in the tight quarters of a Moonbase.

I am a neuroscientist, and our team`s research during this mission focused on assessing how humans react to the high-stress, extreme environment while having a heavy workload. Taken together, these experiments should establish a baseline for how the human body functions in extreme environments. These data should help NASA find ways that astronauts and aquanauts can improve physical and mental performance, while protecting the brain, in both genders during future undersea and deep space exploration missions.

Laboratory under the sea

So how did I, a neuroscientist specializing in manta ray brains and behavior and diving physiology, become a crew member for NASA’s NEEMO 23 mission? In 2017 I coordinated research projects and was a support diver for a NEEMO project. As NASA prepared for the next mission, it needed to find a non-astronaut crew member with a strong dive background, operational experience from fieldwork and relevant academic background. It turned out that I was a good fit. A couple months after NEEMO 22, to my surprise, NASA invited me to join the NEEMO 23 crew.

The NEEMO mission takes place at the Aquarius Reef Base, located 62 feet below the surface of the Atlantic Ocean in the Florida Keys National Marine Sanctuary. It is the world’s only undersea research station that replicates space mission conditions, including the opportunity to experience weightlessness. NASA has been sending teams of “aquanauts” on the NEEMO undersea expeditions to Aquarius Reef Base since 2001, to train astronauts, test space devices and study the physical and psychological toll of living and working in extreme environments.

During NEEMO 23, my crewmates were Samantha Cristoforetti, who holds the record for the longest uninterrupted spaceflight of a European astronaut; Jessica Watkins, NASA astronaut candidate; and Shirley Pomponi, a marine biologist. Two male habitat technicians, Mark Hulsbeck and Tom Horn, were also part of the expedition.

My goal during our mission was to understand psychological changes in crew members in this high-stress environment. For nine days the six of us were isolated from the rest of the world, in a confined space, as we made time-sensitive decisions that had serious consequences.

Our team constantly grappled with technical difficulties and a large workload. We also experienced physical exhaustion that might have affected our performance. Just like space missions, there was no opportunity to return to the surface, and our mistakes or equipment failure could have been fatal.

I studied how stress, team dynamics, and workload affected performance. I also explored how strength, dexterity and sensory functions change while living and working in Aquarius. For my research, we collected data on our cognitive performance – reaction time, short-term memory, decision-making, and risk tolerance – inside the habitat and during extravehicular activities. The purpose of the extravehicular activities is to simulate spacewalks for up to five hours a day.

At night, I also used a remotely operated vehicle as part of my National Geographic Open Explorer project to monitor the seafloor to find sponge spawning events (when sponges release sperm and eggs so my crewmate could attempt in situ fertilization), collect plankton samples and detect bio-fluorescent marine organisms that emit light around the habitat.

Our team also focused on sleep quality, changes in inflammation markers in the blood, heart rate, the microbes inside our bodies – also known as the microbiome – and body composition. By the end of the day, we quickly fell asleep. We did not even notice that we were underwater.

For me, the most challenging aspect of this mission was taking stairs with the heavy gear entering the water: The heavy (32 pounds) helmet put a lot of pressure on our neck and back muscles in addition to the 50-60 pounds of dive gear plus 20 pounds of extra weight to simulate the conditions that would be experienced on the Moon.

The most difficult and memorable moment of this mission occurred when, after some malfunctioning equipment was fixed at the last minute, I was able to finish the experiments during my extravehicular activities shift, crazily collecting samples and performing tests that the team needed. I later heard that my productivity earned me a lot of cheering and jumping around on land at the mission control, which made me really happy.

During our mission, we had to adapt quickly to new situations. And we were constantly in problem-solving mode, addressing issues alone, with the help of teammates or with the surface support.

Probably the most dangerous part of the mission was the last 17 hours. We had to go through a strict decompression protocol to remove the nitrogen that accumulated in our bodies while breathing air under high pressure. They slowly reduced the pressure inside the habitat, which created the risk of water entering the habitat; and we were breathing pure oxygen for an hour, which increased the chance of getting seizures from central nervous system oxygen toxicity. Fortunately, we all returned safely.

Now there are a lot of data waiting to be analyzed in the following months. I hope that our team’s effort will improve the safety and efficiency of future space and underwater missions.

Csilla Ari D`Agostino is a Research Assistant Professor of Psychology at the University of South Florida. This article is republished from The Conversation under a Creative Commons license.