Log in
Make South Apopka your North Star - Part One

The history of South Apopka 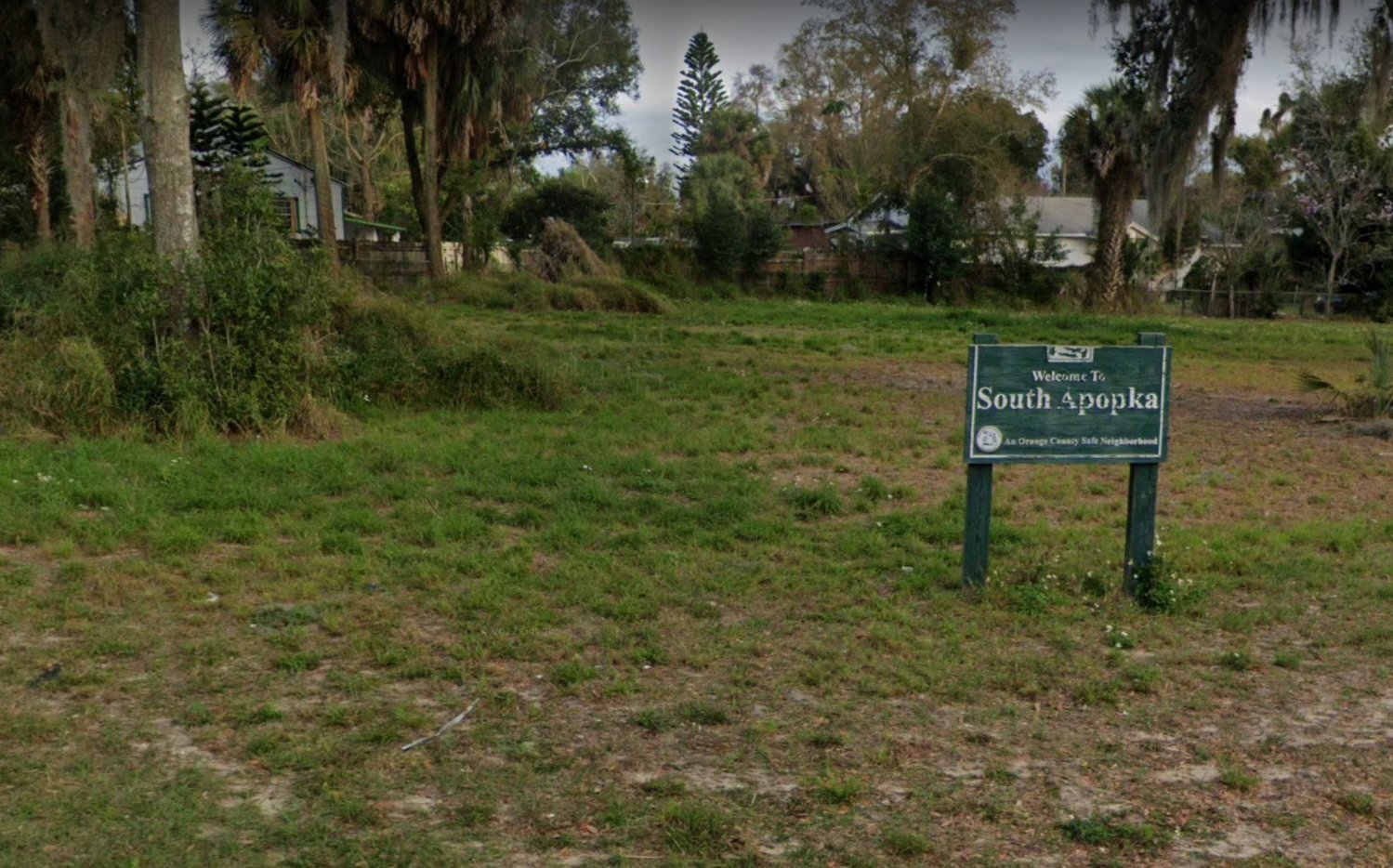 Editor's Note: On Wednesday, the Apopka City Council will host a workshop on annexing South Apopka. It's been a prominent subject since the 2022 election cycle in Apopka but a stumbling block in this community for generations.

Although South Apopka is only a little over two square miles with a population of approximately 6,800 residents, its reach stretches into the town it borders and helped to grow. Apopka flourished in its early years as an agricultural town. South Apopka residents toiled in the muck farms, orange groves, and industry of early Apopka. They are a part of this community no matter if they are designated as unincorporated or a part of the City they helped to build.

In the coming days leading up to the workshop, The Apopka Voice will continue its "Make South Apopka your North Star" series. We will begin with a look at the history of South Apopka. The next part will provide solutions to make annexation easier. Finally, we will write an open letter to the commissioners, who will ultimately decide the next course of action.

"Those who fail to learn from history are condemned to repeat it."

In order to put the potential annexation of South Apopka into context, it's important to understand the history of this community and the residents in the southern part of Apopka that are within the city's borders.

This history is not to lay blame on any living resident of Apopka or its government but rather to help to explain why the decision to annex South Apopka goes beyond profit and loss statements. To set aside the history of a people/community is to risk repeating it.

Shoffner states that even in the earliest origins of Apopka, there was a clear distinction between the races.

"When Apopka was first settled, there was no racial separation of residences. Even as a distinct black section began developing south of the TO&A tracks and east of the Maitland line in the late 1880s, several blacks continued living where they had first settled in the main part of town.

In a promotional tract on Apopka in 1897, Mahlon Gore had written that "the colored population have their place and keep it, and the best of good feeling prevails between employers and the employed."

"The encroachment of the Negro"

By the turn of the century, the tension between the races, according to Shoffner, had begun to escalate.

"[But] as the Jim Crow system became more rigid in the early 20th century, blacks and whites became more and more segregated except where blacks were employed by whites. The legal system, housing patterns, and custom had complemented each other until, by the 1930s, racial separation was accepted as normal. The Chief represented widespread feeling when it lamented "the encroachment by the negro into Southern circles of life in which he has no rightful place," observed that "the South is the only pure white and pure American area in the land," and declared the necessity of keeping it that way."

The KKK in Apopka and Northwest Orange County

The Ku Klux Klan became a prominent organization in many cities and communities across the southeastern United States. Apopka was not immune to the KKK in the 20s, according to Shoffner, who describes several instances of Klan activity.

"In 1922, 4,000 people attended an Apopka meeting at which 200 Klansmen paraded. The Imperial Wizard of the Atlanta Klan spoke on "enforcement of law and preservation of American ideals,'' and a barbecue was served.

On Defense Day in 1924, Chief-endorsed Klan participation in the parade because it was a "patriotic and all-American order" which could "properly join with any other organization."

A year later, the Apopka school held a ceremony in which the Wekiwa Klan presented it with a flag and a Bible. The public attended a ceremony at Central Avenue and Fourth Street in 1926, which featured the midnight burning of "a fiery cross."

At George McClure's Methodist funeral in 1924, 12 robed Klansmen marched from the church to the cemetery along with an American Legion contingent. But the first official Klan funeral came in 1925 when Benjamin B. Collier, a Confederate and member of the original Klan, was buried. Rev. Holmes Logan presided over the service, but the KKK conducted the funeral. Wekiwa Klansmen in white robes carried the American flag and a fiery cross to the gravesite where "the ritual... was short, but made a deep impression."

WT Berry's funeral at the Baptist Church in 1927 had a large representation of both the KKK and Knights of Pythias. Rev. IE Phillips, Grand Dragon of Florida, spoke to Apopkans in 1928 on "upholding the principles of the order."

In July 1937, the Council enacted an ordinance to "segregate the place of Residence and Business of White and Negro persons." No whites were permitted south of the SAL tracks, and no black north of it.

It wasn't until March of 1968 that the City Council repealed the ordinance.

The 1967 Advisory Committee for the Black community

Shofner did not publish the committee's findings, and John Land defeated Hurst in 1970. But Shoffner did include this paragraph near the end of the book that appears to allude to a lawsuit that would be heading to Apopka in 1980.

"In the 1970s, city government increased in size, cost, and the range of its services. The national government implemented numerous programs for aiding Apopka and other cities with funds to be expended according to certain prescribed conditions. At the same time, the ending of Jim Crow segregation, the civil rights movement, and the rising expectations of services and the impatience of black citizens created demands for equalization of services and an impatience when the city was slow to respond. Given the housing patterns of the community and the inequalities which had developed over decades, it has been difficult to respond fully to those demands with the alacrity expected."

But perhaps the committee's findings can be found in the Dowdell vs. City of Apopka lawsuit in 1983.

Dowdell vs. City of Apopka

In 1983, the black residents of Apopka filed a lawsuit against the City, its mayor, and council members, alleging that municipal services had been discriminatorily provided to the black section of town. Seeking declaratory and injunctive relief, plaintiffs claim that the defendants have violated the Equal Protection Clause of the Fourteenth Amendment to the United States Constitution. The complaint charges that the City of Apopka deprived plaintiffs of their right to equal municipal services, including:

The district court found that the city had virtually ignored complaints from Black residents about municipal services while acting favorably on similar requests from white residents and directing financial attention to the white areas of town. The district court pointed to significant racial disparities in the various areas of concern cited by plaintiffs, including that: (1)42 percent of streets in the Black community were unpaved, compared to only nine percent in white areas; (2) the Black community had virtually no stormwater drainage facilities, compared to 60 percent of white homes that had curbs and gutters; (3) Black homes experienced extremely low water pressure, making bathing at times impossible; and (4) Black neighborhoods lacked sewer mains.169 The town, and its mayor, defended the suit by claiming that the services were beyond municipal jurisdiction or that the white side of town experienced the same issues. The court rejected these arguments, finding significant disparities in municipal services and holding the town liable for intentional discrimination. Apopka appealed, but the Eleventh Circuit Court of Appeals affirmed the district court's ruling.

Shofner ends his historical account of Apopka with a familiar adage from South Apopka that is almost in the context of 2022.

"Black Apopkans feel that the city has grown with ease toward the north while the southern boundary has remained stable in the face of extensive growth. They feel that much of their difficulty could be alleviated if the large black community now in the county could be incorporated and city services provided. On the other hand, city officials and white Apopkans feel that much progress has been made toward alleviating problems from the past, and they have resisted the national government's legal pressures. Although much time, energy, and money have been consumed in the legal battles, and the goal of equal public service has not been fully attained, there has been notable progress toward it in the past decade."