The Apopka news year in review: An act of kindness keeps the Apopka Senior Chair Aerobics moving forward in 2018 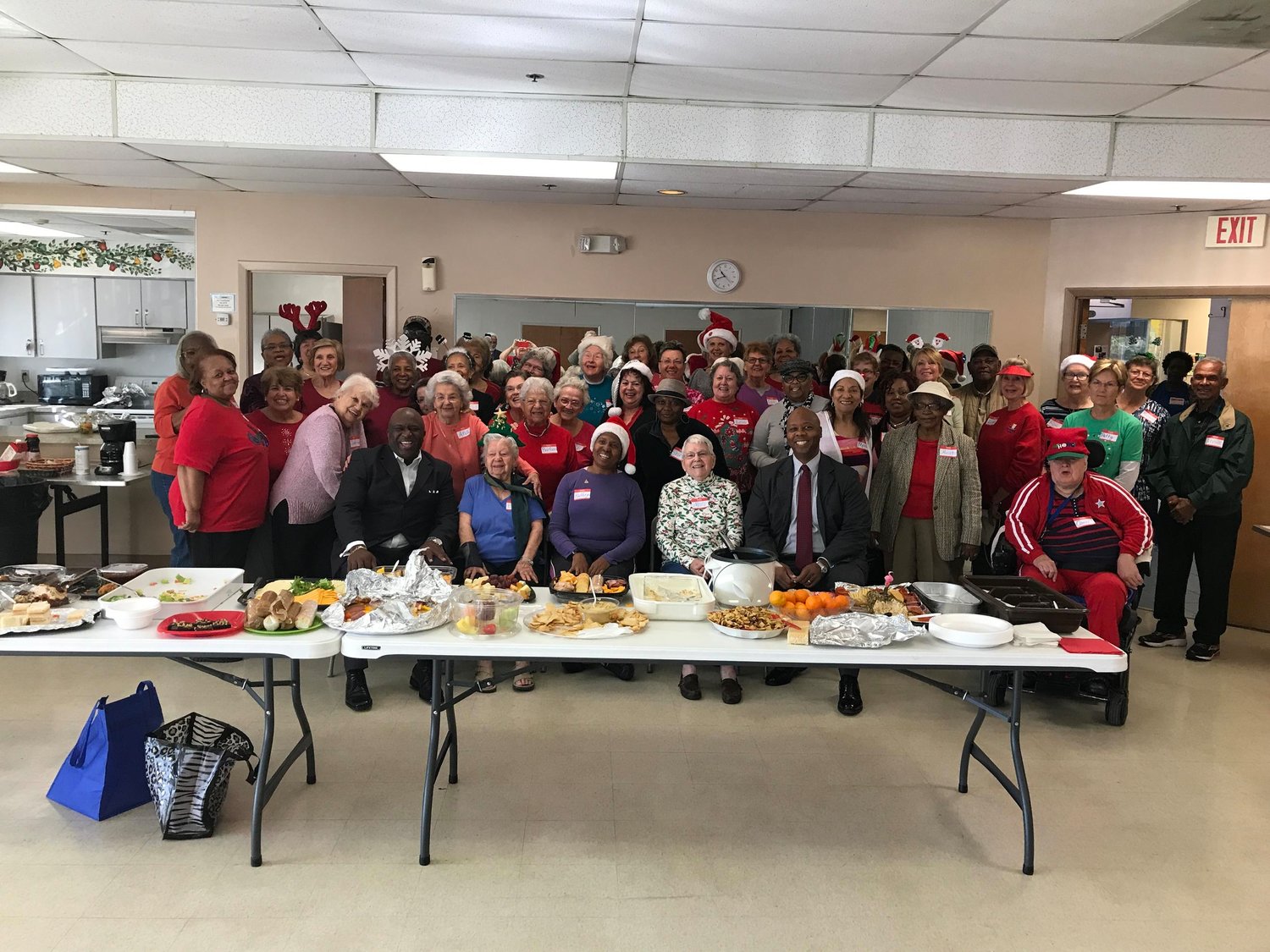 Editor’s Note: This is the 22nd in a series of 24 articles published by The Apopka Voice in 2017 that were among the most noteworthy. We will post all of them from December 26th until December 31st, and then on Monday, January 1st we will poll our readers and let them decide which is Apopka's biggest story of 2017.

Chair Based Exercises (CBE's) are hot. It's a legitimate nationwide trend.

Don't believe me? Google "Chair Based Exercise" and you get 1.6 million references, complete with videos, how-to guides, and classes all over the country.

CBE's have a beneficial effect on maintaining and promoting independence and mobility in older people. The range of improvements demonstrated in research trials, lasting eight weeks or longer, is considerable according to the National Institute on Aging.

Apopka has a CBE, it's called the Apopka Senior Chair Aerobics.

On the City of Apopka website, it's described this way:

The City of Apopka offers free chair-based fitness classes for senior citizens at the Fran Carlton Center in Apopka. These classes are sponsored by the Arthritis Foundation and the Senior Resource Alliance and focus on:

The class is appropriate for all fitness and mobility levels. Classes are held on Tuesday and Thursday mornings from 9-10 a.m.

And while that online description is accurate, it only scratches the surface of what this exercise class is, and what it means to its participants.

"We started in April of 2014," said Class Instructor Kathryn Duncan. "In the first class I had one person show up. After that I said a prayer and had 14 show up by the next class. Now we are up to about 50 per class with 70 on the active roster. We grew from word-of-mouth. Friends telling friends about the class. I consider it my ministry."

Greg Jackson, Kathryn Duncan, and Rod Love (left to right) are the catalysts of this Apopka Christmas Tale.

And to many of these seniors, it's more than just an exercise class.

"It's not just for people who can't move," said class member Margaret Hess. "It's great for socialization. We are like a big family here. And it's fun. It gives us a chance to stretch out twice a week, get out of the house and interact with people."

Sounds like the feel-good story of the Christmas season, right? But then, like many Christmas dramas, there's a twist.

Earlier in the year it was learned by Duncan and the class that funding for this program would not be available for 2018, and the Apopka Chair Senior Aerobics would end unless a Christmas miracle was forthcoming.

That's when a man named Love stepped into the plot.

Rod Love, an Apopka businessman and host of the radio show "Let's Talk About It", was at the Fran Carlton Center on unrelated business when he heard of the class's plight.

"I learned about it by accident when I was attending a meeting at the Fran Carlton Center," said Love. "One of the seniors appeared to be saddened that they had received notice that the class was not going to be funded in 2018 by the state. I was just sitting here for a meeting about Gospel Fest."

Love, who bills his radio show as solutions to problems, went into action.

Over the course of the next couple of weeks, Love put together a group of donors that included his co-host on the show Greg Jackson and retiring Apopka City Commissioner and Vice Mayor Billie Dean. Then last week at the group's Christmas party, he and Jackson presented the class with a check to keep them active into 2018.

Jackson was honored to be a part of the solution.

"Senior citizens are one of our most cherished resources in this community," said Jackson. "It's an honor to help them in any way we can. We stand on the shoulders of these giants who made it possible for us to thrive."

Love was also appreciative to be put in the position to help out.

"Sometimes God just puts you in the right place at the right time to do good," he said. These seniors just touch my heart, and it was my pleasure to keep the class going. They exercise every Tuesday and Thursday. If you are a senior citizen or know that you need to get your Mom or Dad 'out and about' and would like to join the class for exercise and/or socialize with them, there is no charge to you. Remember, the older we get, its all about "health, wellness & socialization."

Isn't it great when love finds a way to provide a story with a happy ending? Merry Christmas Apopka.