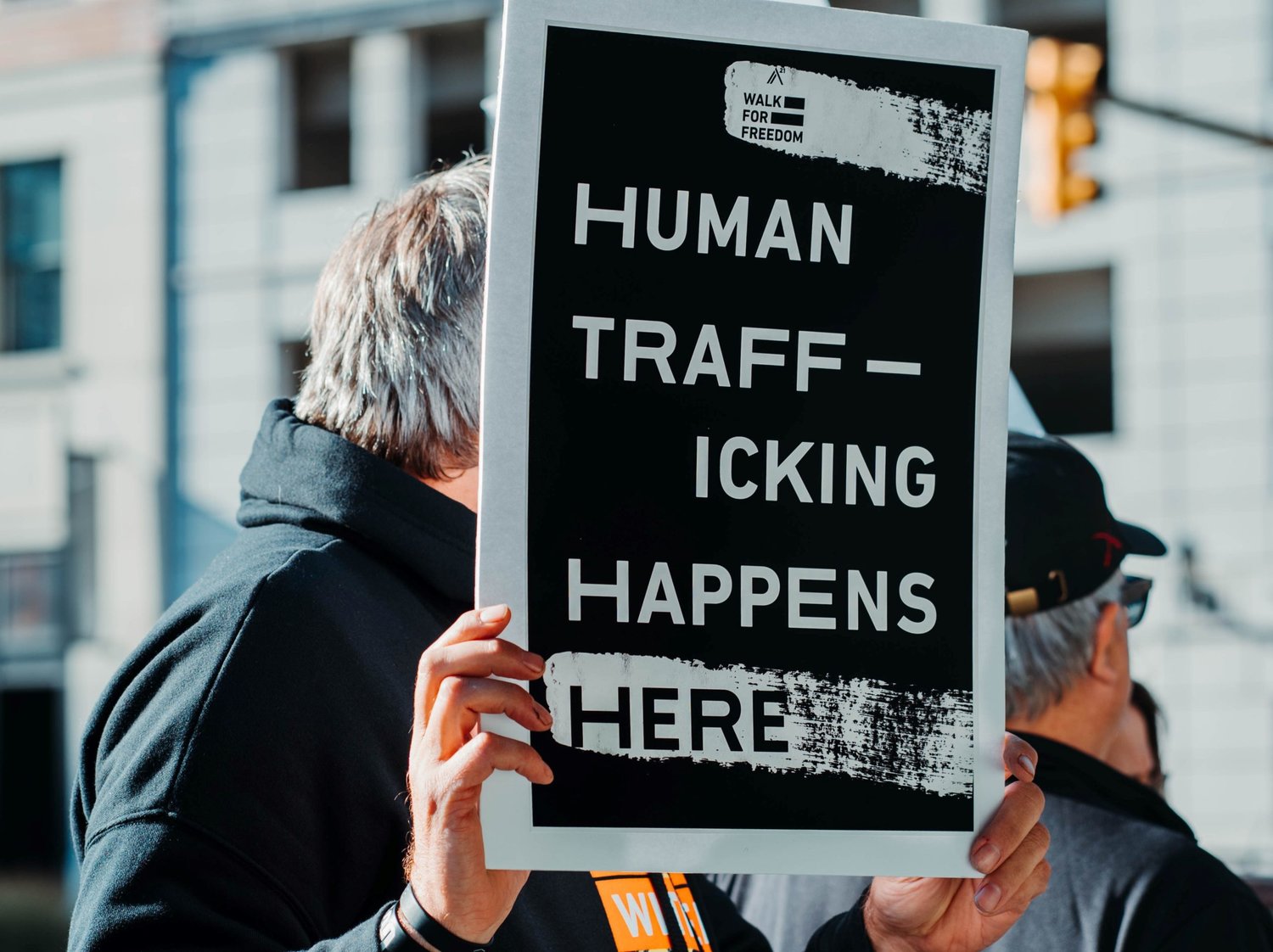 From the Apopka Area Chamber of Commerce

Every month the Apopka Area Chamber of Commerce hosts a "Breakfast & Learn" session, bringing important topics and experts together for the community. On June 1, 2021 at 8:00am this "in person" session will focus on "Human Trafficking". Each attendee will have an opportunity to network and hear from all our speakers.

Jan Edwards is President of Paving the Way Foundation, an organization that is committed to empowering communities to be a fierce disruption in the cycle of child trafficking around the globe. This is accomplished through educational and training programs that to break the cycle. Edwards spent over 25 years as an executive in sales and marketing working with organizations like Time Warner, Bright House, the United Nations and other international groups, before taking on the worldwide initiative to prevent children. Paving the Way has educated over 14,000 youth and adults the past 3 years. \

Edwards has been featured on NBC, multiple podcasts and iHeart Radio as an influencer on prevention education was awarded Orlando Magazines Women of The Year and Women on the Rise Community Impact Leader 2019 and American Haitian Art Network 2020 Community Advocate for her organizations work.

Edwards is also the writer, co-director and producer of the award-winning film, Trapped in the Trade, which was featured on CNN.

She is an entrepreneur and co- owner of Palate Coffee Brewery and Palate Bubs and Ice cream in Sanford.

Kadolph has a safe house for little girls brought out of the sex trade in South America as well as a Life Center for survivors here in Florida, and teaches life skills for survivors' success in life. She has traveled across the United States and internationally using her story to teach the basics of Human Trafficking with an emphasis on prevention.

Kadolph has been trained in suicide prevention as well being certified as a Life Recovery Trauma specialist and working on her mental health coaching certification. She was nominated Hero of the year by Spectrum TV and interviewed by CNN as an influencer, encourager and inspiration.

Kadolph's goal in life is to use her pain to protect, educate and prevent human trafficking so others never have to go through what she has.

Sheriff John W. Mina has dedicated his life to public safety. He spent nearly 28 years with the Orlando Police Department, where he rose through the ranks and was appointed Chief of Police in 2014.

In November 2018, Orange County voters chose Mina as the 29th elected Sheriff. He has lived in Orange County for 30 years and cares deeply about this community.

Mina’s law enforcement career has been built on strong leadership by example and the ability to effect positive change. As Sheriff, his priorities are to make Orange County an ever better and safer place to live, work and visit, build greater connections and trust throughout the community and ensure that Deputies have the best training and equipment available so they can be safe while protecting others. Community engagement, trust and transparency have been the hallmarks of Mina’s leadership style and he is a trusted face of law enforcement in Central Florida.

Mina also serves on the Board of Directors for the International Association of Chiefs of Police, Central Florida Crimeline, The Boys and Girls Club of Central Florida, YMCA Central Florida, Heart of Florida United Way, Operation American Dream, and the Camaraderie Foundation.

Prior to entering law enforcement, Mina proudly served his country as a member of the 82nd Airborne Division of the U.S. Army as a Military Police Officer. He received his Bachelor of Arts degree in Criminal Justice Administration from Columbia College. He has also completed the Southern Police Institute Command Officers Development Course and is a graduate of the 254th Session of the FBI National Academy.

Mina and his wife Tracie have two adult sons, Chase and Nicholas.

Lisa Haba is an attorney in Central Florida that has spent her career working to eradicate human trafficking, sex crimes, and crimes against children from society.

Haba works for The Haba Law Firm, located in the Central Florida / Orlando area. In this capacity, she provides legal services to human trafficking and sexual abuse survivors, to include civil lawsuits, expungements of criminal records, and criminal defense. Notably, she is one of the lead attorneys on the ongoing class action lawsuit against billionaire fashion mogul, Jane Doe Nos. 1-57 v. Peter Nygard, for allegations of international human trafficking and the exploitation of women and children, as well as the nationally recognized case of John Does 1 & 2 v. Twitter, for allegations of Twitter’s facilitation of sex trafficking and CSAM material on its platform.

Throughout her career, Haba has received several awards for her legal advocacy. Most notably, she was honored with the award of 2017 Prosecutor of the Year for the State of Florida from Attorney General Pam Bondi for Human Trafficking prosecution and victim advocacy.

This event is presented by The Orlando Law Group, and sponsored by AdventHealth Apopka.

Email:
Holly@apopkachamber.orgFees/Admission & Guidelines:
Complimentary for our Members, However Registration is Required!

Non-Member rate = $10.00 (non-refundable)We hope you’ll join us and for your safety, our event guidelines will be:

All host venues will adhere to current guidelines regarding setup and cleaning.

All Events are RSVP Only, so we can comply with venue capacities and a socially-distanced setup.

Masks, fist bumps and elbow rubs are encouraged, handshakes and hugs are discouraged.

Hand sanitizer will be available at check-in.

Temperatures may be scanned at check-in. If anyone has a temperature over 100.4 degrees, they will not be admitted. Plus, we trust that you will stay home if you (or someone in your household) has had a fever in last 24 hours

Had a cough, congestion or runny nose.

Have been exposed to someone who tested positive in the past two weeks.​

By following these simple regulations, we know we will be able to have great meetings and networking and open Orange County safely!