Tampa, Orlando phase one reopening allows expanded use of outdoors for restaurants and retail. Could Apopka do the same? 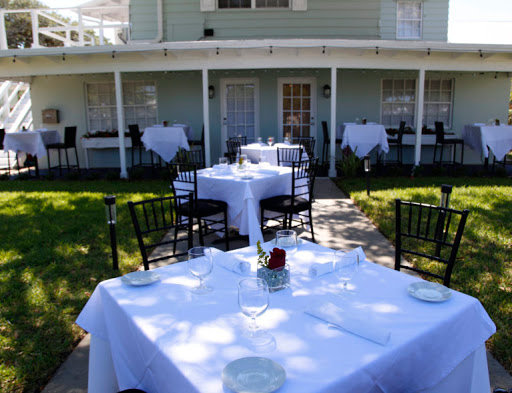 Plans launched in Tampa and being considered in Orlando underscore the flexibility granted local governments under DeSantis’ phase one plan, which went into effect Monday.

During phase one, restaurants with outdoor seating can reopen as long as 6 feet between tables is maintained and inside seating is limited to 25 percent capacity.

“We’ll start with 25 percent capacity and see how it goes,” DeSantis said.

Bars, gyms, movie theaters and large venues remain closed in phase one, which excludes south Florida’s three counties – Miami-Dade, Broward and Palm Beach – where one-third of the state’s population lives but more than 60 percent of its COVID-19 cases have been reported.

Tampa launched its Lift Up Local Economic Recovery Plan on Monday, a 14-day pilot project that complies with phase one’s 25 percent capacity cap while allowing businesses to use “parklets” – sidewalks and streets for retail sales in seven “cafe and retail zones” that will be blocked off from vehicular traffic.

“We want to lift up our local businesses through this recovery and empower them to reopen responsibly,” Tampa Mayor Jane Castor said. “By giving our local business owners as many tools and as much space as possible to safely serve guests, we can work together to protect our workforce, our customers and our community.”

“By expanding outdoor capacity, the city hopes to support businesses in their efforts to reopen responsibly,” the city said in its announcement of the program. “These closures are not intended to create public gathering or social space. The Tampa Police Department will be patrolling these areas to prevent social gathering violations, and the pilot program will be reassessed as needed.”

Orlando restaurants will be able to provide more outdoor dining, and retailers will be permitted to move inventory onto sidewalks, parking lots and, in some places, the streets, under a plan Mayor Buddy Dyer said he would introduce Monday at the Orlando City Council meeting.

“ marked the start of phase one of the statewide reopening, and in the last few weeks the city has been working with local businesses to get them on the path of recovery,” Dyer said Monday. “As a result, today we announced immediate actions that we are taking to allow businesses within the city limits to temporarily expand their operational space and offer their businesses outside.”

Dyer will ask the council to authorize businesses to expand sales and seating into public rights-of-way and waive costs of parking in city garages and on streets outside of businesses.

“Let’s not overthink this,” Beshears said in a Friday Zoom conference.

Beshears, whose agency regulates 1.4 million Florida businesses, said he is encouraging local governments to be inventive. If, for instance, cities allow restaurants to serve alcohol or liquor stores to move inventory onto sidewalks and streets, they’ll get no flak from the state, he said.

“We’re not going to let it jeopardize your liquor license. We’re going to let you do it,” Beshears said. “But what we’ve said all over the state is you really need to work with your local jurisdictions.”