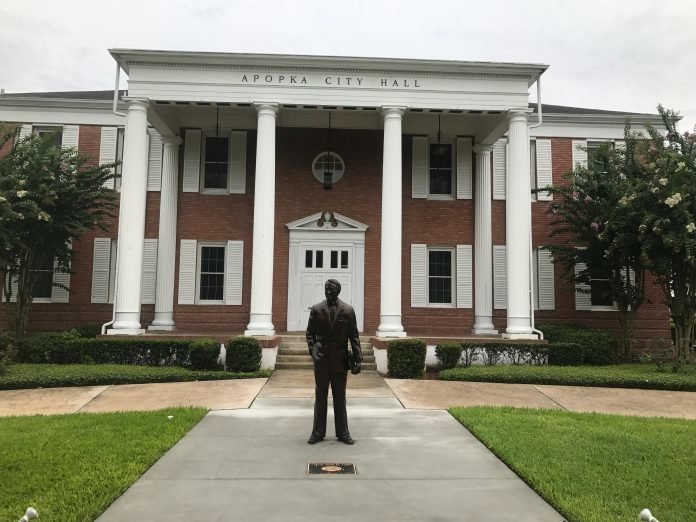 Editor's Note: Rod Olsen is an Apopka resident who often contributes his opinions at the Apopka City Council meetings during the public comments section and in frequent op/eds with The Apopka Voice.

There will be more coverage of the South Apopka Annexation Workshop in future editions of The Apopka Voice.

Thank you, Mayor and Commissioners, for holding this meeting about the Annexation of "South Apopka."  It is a good start, however, we have more work to do if the true goal is to finally create "One Apopka."

I came to the meeting earlier than usual, anticipating a full house. Not having a full house was a surprise given the history surrounding the discussion of the annexation of “South Apopka” and what it would mean for residents and the City of Apopka.

To a degree, rescheduling the meeting twice, Thanksgiving just ending, and Christmas quickly approaching contributed to low attendance. However, there are also other factors to consider.

I asked some attendees how they found out about the meeting, which leads to my question ...

What efforts did the City of Apopka make to better communicate this important meeting to the people in Apopka, specifically South Apopka?

Did the City of Apopka take the time and effort to make it a point to communicate directly with the Churches, Community Organizations, Community Leaders, The Apopka Chief, The Apopka Voice, and social media?

Were it not for conversations with Commissioner Velazquez and Nesta, as well as other community members, I would have missed this very important rescheduled meeting.

It was nice to see County Commissioner Christine Moore and State House Representative 39 Candidate Tiffany Hughes at this meeting.

A brief history of the “South Apopka” community, perhaps presented by residents, The Apopka Chief, or The Apopka Voice - no spin, just the facts, would have been a good balance to the staffing and financial implications presented. The information presented by community members like Francina Boykin and Prince Pollard, as well as Commissioners Diane Velazquez and Alexander Smith, helped paint a better historical picture for me.

What jumped out at me were the number of positions currently open for employment with the City of Apopka and the City’s infrastructure “opportunities” like our current road, flooding, and school overcrowding conditions that we are currently saddled with here in Apopka.

The bottom line is:

It is time to consider what many other communities have done, which is to put a hold on development until we can get our legs under us!

Recognize that hindsight is 20:20, but some things to consider for the next steps.

Thanks for what you do for our community.