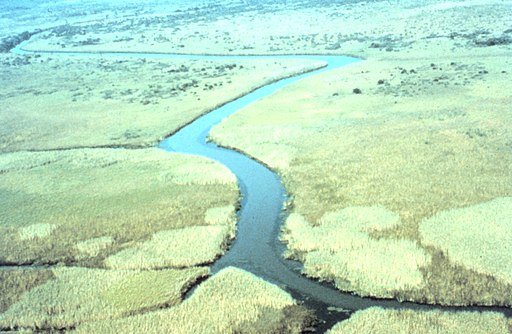 That's the finding of a new study of four National Estuarine Research Reserve System sites in Florida and Oregon.

The reserves are open to the public and provide a platform for research. The Apalachicola Reserve, home to scores of freshwater and saltwater fish species sought after by anglers, generates more than $46 million for the local economy, including just over $15 million in job-related income.

Pete Wiley, an economist for the National Oceanic and Atmospheric Administration (NOAA), explained.

"Each research reserve spends money on its operations and maintenance," said Wiley. "Each reserve has visitors that come for the educational programming or recreational opportunities, and those visitors spend money in the local community."

The Apalachicola Reserve, known for its oysters, supports a fishery that generates $14 to $16 million annually and directly supports up to 85% of the local population.

The study was commissioned by NOAA and The Pew Charitable Trusts.

The Apalachicola, Guana Tolomato Mantanzas and Rokery Bay in Florida, along with the South Slough in Oregon, are estimated to generate more than $165 million in annual revenue for their communities, including over $55 million in wages for more than 1,700 jobs.

And Wiley said their economic impact isn't the only way to measure the importance of these reserves.

"Whether it be carbon sequestration that helps regulate our climate, nurseries for fisheries, or a recreational experience for the family," said Wiley, "all of those things are valuable."

The network protects 29 ecologically sensitive areas in 23 states and Puerto Rico. At least three other states could join the national system with their own reserves soon.

National Oceanic and Atmospheric Administration (NOAA) is an agency that enriches life through science. Their reach goes from the surface of the sun to the depths of the ocean floor as they work to keep the public informed of the changing environment around them. Their mission is to understand and predict changes in climate, weather, oceans, and coasts, to share that knowledge and information with others, and to conserve and manage coastal and marine ecosystems and resources.