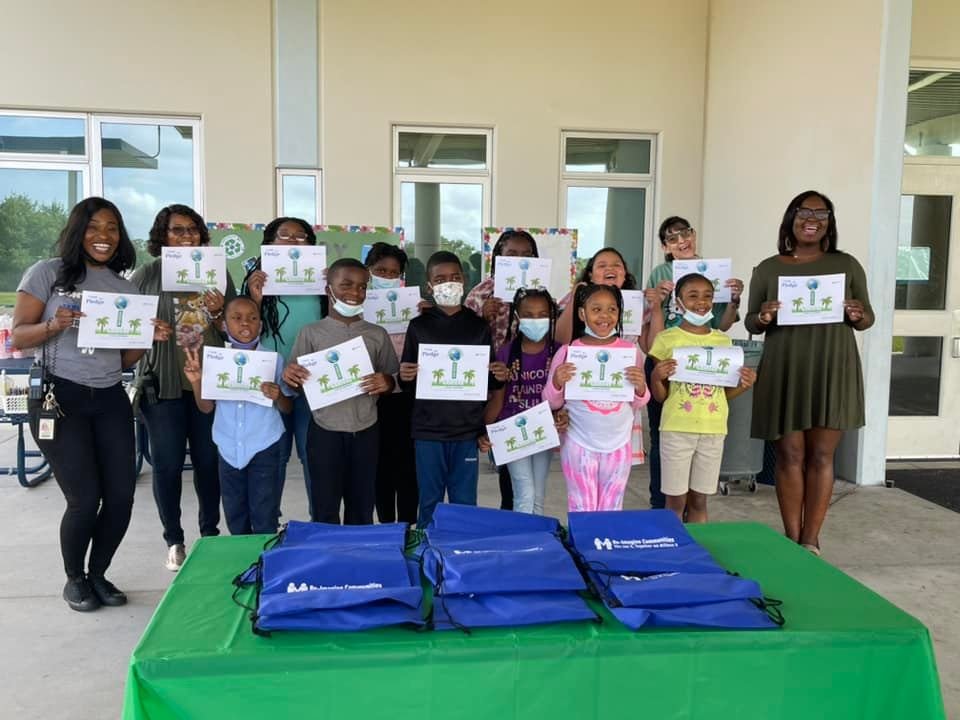 Posted Wednesday, May 18, 2022 11:49 pm
By Katelyn Colley, Interning Correspondent for The Apopka Voice

When children are at-risk, they face falling behind their peers, failing to meet academic expectations, and being forgotten by their community. In a society run by an “if you’re not first, you’re last” mentality, Shaunte Jemison knew she needed to spark a change for her city youth.

Families in Apopka were some of the first to recognize the transformative effects Jemison’s Re-Imagine Communities non-profit had on those who needed it most.

Jemison, the founder, and CEO of Re-Imagine Communities, first saw the need for her programs during the start of the pandemic shutdown in 2020. During this time of heightened learning difficulties, Jemison and her teacher friends noticed a pattern of kids with challenging home lives also experiencing challenges in school. Jemison wanted to create a company that would step in and help mitigate these problems before they worsened.

“Instead of just grouping them together and calling them bad kids, we need to help them,” said Jemison. “We can’t just wait until they’re adults in institutions or prisons; we need to catch it before they get to that point.”

After talking to teachers, Jemison realized the problem was not that they didn’t want to help but were limited in their resources to help their students. Because the school system or government did not employ Jemison, she could start her own company to become an unrestricted “middle man” for teacher resources.

“Instead of just grouping them together and calling them bad kids, we need to help them. We can’t just wait until they’re adults in institutions or prisons; we need to catch it before they get to that point.”

Students have received books, meals, school supplies, mentorship, and academic recognitions through the Re-Imagine Communities programs. The latest mission of the non-profit is an “iPromise Movement,” in which people sign a petition to be a positive force and receive seeds to plant in a garden in exchange. For Jemison, seeing the fruits of this labor in local schools is one of the reasons she wants to continue expanding her missions.

“Seeing these little kids at Highland Christian Academy signing a pledge to prevent bullying and plant seeds of positivity was unreal,” said Jemison. “They even made a mural dedicated to the iPromise movement, and that was a moment I knew we were changing lives. I was so emotional.”

While helping teachers and families has always been the main focus of Re-Imagine Communities, Jemison notes that it affects all of Apopka in one way or another. When a community invests in its children, they will have the necessary resources to grow into successful job-holders and business owners themselves. This cyclical process means the local economy benefits when it cares for its youngest members.

“A city is only as good as its people,” said Jemison. “People look at the businesses and the economic development, and while all that is great, the children we work with are the ones who will actually be running this economy in 10 or 20 years. All of this money we spend will be a waste if we don’t invest in these children now, and our city will fall.”

One of the biggest challenges Jemison has faced in her non-profit work is getting the community at large to support Apopka schools. Plans for the first annual Apopka Area Student Awards began in April to help recognize the efforts of local schoolchildren, among whom have become published authors and program starters before even becoming teenagers. While the accomplishments of these children were abundant, the financial support for them was notably lacking.

“It was so hard to get people to sponsor the kids,” said Jemison. “We spend hundreds of our own money to attend local events and support Apopka, but when we ask for the same, it is hard to get anyone to help. I was told that it was because the kids don’t have money, and that sucks because I really want to see these kids win.”

“A city is only as good as its people. People look at the businesses and the economic development, and while all that is great, the children we work with are the ones who will actually be running this economy in 10 or 20 years.”

Sponsorships for student tables were met just less than 48 hours before the ceremony is set to take place on May 19th. The non-profit hopes to raise more awareness for student celebrations and reach local business owners to ask for support in the future.

“I want businesses to know we are actually trying to help the whole community,” said Jemison. “Your kids go to school. Your husbands and wives teach at these schools. These are the people that are going to patronize your stores, so we are helping you, just indirectly.”

Ultimately, Jemison wants to make sure her non-profit caters to all aspects of the Apopka community and helps those in need in any way she can provide. With new programs and pledge opportunities added each year, Re-Imagine Communities plans to keep finding new ways to ensure no child gets left behind.