Public opinion has not changed on red light cameras 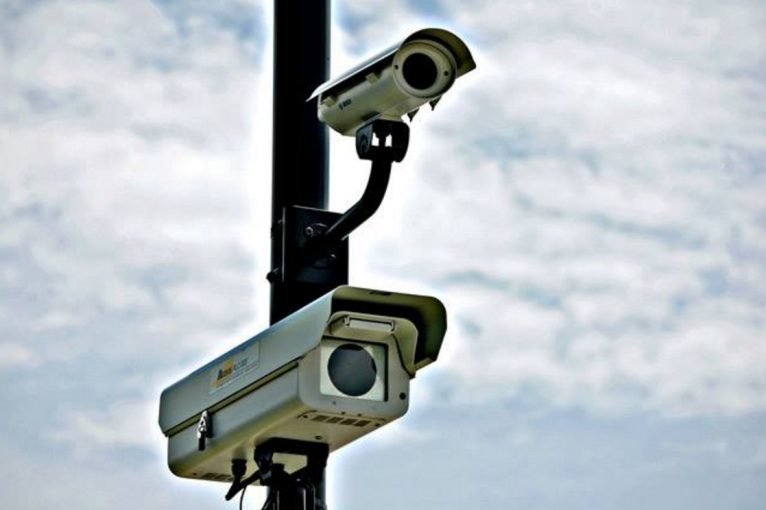 Meet the new poll. Same as the old poll.

477 voters participated in The Apopka Voice Readers' Poll and by an overwhelming margin renewed their disdain for red light cameras. 366 readers (76.7%) voted to get rid of them, while only 111 (23.3%) voted in favor of the program.

The poll, which was live for 24 hours, began at noon on Tuesday and concluded today at noon.

It's been over a decade since Apopka installed red light cameras at several key intersections in town, and for almost that long it has been one of the most contentious issues facing residents, drivers, elected officials, and political candidates alike.

And it was never truer than in the 2018 Apopka municipal elections.

In a poll taken by The Apopka Voice shortly after the elections ended, 10.6% of respondents stated that the red light camera program was the number one reason they voted for the candidates they chose, and 27.6% included it as a top five issue.

Three candidates, Mayor Bryan Nelson, Commissioner Alice Nolan, and Commissioner Alexander H. Smith, all ran against the red light cameras and subsequently defeated an opponent that supported it. Despite revenues estimated to be between $800,000-900,000 generated by the program, all three were steadfastly opposed.

"My response is easy...I'm going to get rid of every red light camera in Apopka," Nelson said in a mayoral debate against then-Mayor Joe Kilsheimer.

Nolan had a similar posture.

"I have done a lot of research into the red light camera situation," she wrote in an election guide published by The Apopka Chief in March. "Depending on where the research is done and how the questions are asked you get a study saying they are good or a study saying they are bad. Something I noticed in each of the articles I read was that people are overreacting when approaching a red light. They slam on their brakes or stomp on the gas to get through. Many people dispute their tickets and win for many reasons. Red light cameras may help in not running lights but they are also causing more accidents and stressful driving by intersections that have them. Overall I would get rid of red light cameras and find alternative solutions to the difference in the money they make."

Smith too was in favor of the red light cameras being removed.

"After sitting and listening to the presentation to the City Council (in 2017), I was left with the impression that the red light cameras were being used to generate revenue for the city," he told The Chief. "That being said and if that is the case the cameras need to go. I have also noticed that at intersections drivers seem to make sudden stops to cause rear-end accidents. I have also talked with citizens that drive out of the way to avoid intersections with red light cameras. I do support the police department that cameras help to solve crimes. Other cities have cameras that are used to help solve crimes but are not used to issue traffic citations."

After the election, Nelson re-stated his desire to turn the red light cameras off. In an interview with The Apopka Voice before his swearing-in, he said this about phasing-out the program.

“I think we’ll just wait until the contract runs out which is at the end of the year,” he said. “The other option would be to turn them off now and pay the vendor what we owe, but that would be an incredible waste of taxpayer money.”

It seemed clear that the red light camera program would be discontinued, but an $800,000 shortfall discovered by Apopka City Administrator Edward Bass during the budget process seemed to rekindle the debate. Bass offered four options to balance the shortfall, and keeping the red light cameras was one of them. The other three were a millage rate increase, additional budget cuts, and utilizing the general fund reserves as other options.

Nolan was open to the idea of phasing-out the red light camera program beyond the proposed December 2018 deadline instead of pulling a large income stream from the budget when it was needed to close a gap. She referenced a large group of Apopka residents who had contacted her after the election who were in favor of keeping the cameras in place even before the budget shortfall was known.

"I know there's a strong group that doesn't like them (red light cameras), but if we get the education out on red light cameras, I think it would help. I know since I took my seat I have gotten an overwhelming amount of emails and phone calls of people stating how much they like them, which is a lot different than what I had heard on the campaign trail. I don't know why it flipped so much, and it's weird how that happened, but I did challenge people when I was on the campaign trail to prove me wrong, and as much as I could find good, I found bad. And so I personally think that we should consider keeping them and build up our revenues and make the decision to get rid of them later. That is a big item in our revenue base that we would be taking out, and that is hard to do. I think going through during an election season and asking isn't the best way. When things are calm is when we should ask. There are a lot of things this city wants. The kids want a skate park, others want more festivals and things like that. If they knew 70% of the revenues came from people outside the city, they might just want to keep them around. I'll go with what the citizens want. I just see this as our best option at the moment."

Smith did not state a preference during the meeting but later he too seemed open to the possibility of delaying an end to the red light camera program.

"The jury is still out so a verdict has not been reached," Smith told The Apopka Voice. "We were presented with five options: raise taxes, keep red light cameras, make cuts, use more reserves or wait and see what the unknowns are. Mr. Bass mentioned several times that he was still going through the finances and we may not be in as bad of a situation as it appears. However, I realize that time is not on our side. The unknown is how long it will take to give a true picture? We don't know what is in the general fund reserves, because all the unknowns have not been discovered. Department heads, in my opinion, have done a great job of presenting a bare minimum budget based on maintaining the current level of service to our citizens. That leaves a choice of raising taxes (millage rate) or keeping the red light cameras. At this point, these are the only two options on the table. I still say that the purpose of red light cameras should not be to generate revenue even if 70% of individuals cited are not Apopka residents. On the other hand to impose a millage rate increase on the citizens with only a two-month notice... Is that fair? I represent the citizens of Apopka. Therefore, the will of the majority of the citizens of Apopka will be the way I proceed."

Nelson did not make any sort of statement that supported red light cameras, but he did leave the issue open for the next round of discussion. His alternative was a modest increase to the millage rate, which could be lowered if the budget balanced in another way.

"Apopka is making the transition from a bedroom community to a vibrant city where you want to live, work and play. We've had so much residential for so many years, but we're starting to make the transition to more commercial, but right now we're still residentially-heavy. So one of the things I'm going to look at is the cost of services per house because it doesn't matter the size of the house, the services are basically the same, so at some point, we are giving more services than the ad valorem taxes rate we are charging. We will have to look at that as we go forward. With all that said, my recommendation is, and only because as Edward (Bass) said we can go down easier than we can go up... My suggestion is that we put in a quarter point ad valorem tax increase. At least we set it in motion so that we can come back with our ducks in a row, look at what we're going to do with the red light cameras, or ad valorem tax increase and continue to look at the budget, but if everybody can agree we can put it into motion."

The day after the budget meeting, Nelson told The Apopka Voice his vow to end the red light camera program still stands.

"I campaigned on getting rid of red light cameras and will do what I can to fulfill my campaign promise."

The City Council meets again on July 18th at 7 PM for its regular meeting with the millage rate on the agenda. Don't be surprised if the red light camera program comes up as well.