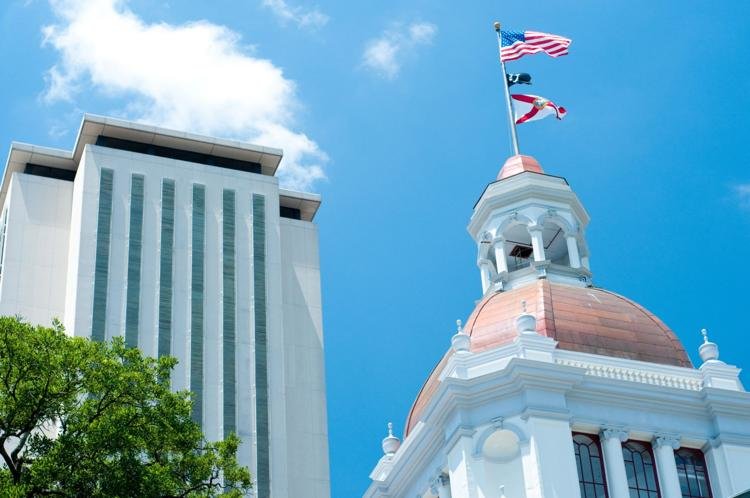 The State Board of Education (BOE) on June 10 will ponder a proposed rule from the Florida Department of Education (DOE) explicitly prohibiting Florida K-12 teachers from “indoctrinating” public school students by espousing “critical race theory.”

The proposed rule was introduced by Florida Education Commissioner Richard Corcoran during a May 5 speech at Hillsdale College, a private college in Hillsdale, Mich., that often hosts conservative speakers issuing significant policy addresses.

“We’re passing a rule this coming month that says, for the 185,000 (Florida) teachers, you can’t indoctrinate students with stuff that’s not based on our standards, the new BEST standards,” he said.

Corcoran said it is a ”constant, vigilant fight" to ensure progressive bias, such as “critical race theory” do not become the dominant narrative in history taught in public schools.

DeSantis in March criticized critical race theory, which surmises that racism is embedded within American society and institutions, and rolled out his own “civics literacy” proposal within 2019’s BEST standards reflected in DOE’s proposed rule.

“We rewrote all of our standards, we did all of that stuff, and then we do a book adoption,” Corcoran said at Hillsdale College. “And the publishers are just infested with liberals. And so we would have to say to them in our bid specs, we are not going to approve your bid unless … a certain percent of our reading list has to be in your text.”

The proposed rule the BOE will see on its June 10 agenda when it meets at Florida State College at Jacksonville would impose strict guidelines on teaching U.S. history.

“Instruction on the required topics must be factual and objective and may not suppress or distort significant historical events, such as the Holocaust, and may not define American history as something other than the creation of a new nation based largely on universal principles stated in the Declaration of Independence,” the DOE’s proposed rule states.

The proposed rule would require that any classroom discussion be deemed “appropriate for the age and maturity level of the students,” and prohibits teachers from “sharing their personal views or attempt to indoctrinate or persuade students to a particular point of view” inconsistent with state BEST standards.

The Florida Education Association (FEA), the state’s largest teachers union, is lobbying the BOE to reject the proposed rule.

“Florida isn’t going to equip students as critical thinkers by hiding facts,” FEA President Andrew Spar said Wednesday. “Students deserve the best possible education we can provide and the truest and most inclusive picture of their world and our shared history.”

Spar suggested a tweak to the wording in the DOE’s proposed rule change.

“If giving kids a good education is the goal, the rule could be amended to say in part: ‘Instruction on the required topics must be factual and objective, and may not suppress or distort significant historical events, such as the Holocaust, slavery, the Civil War, Reconstruction and Jim Crow,’” he said. “Those who don’t learn history are destined to repeat it.”

After tuition, books, and room and board, colleges’ rising health fees hit a nerve