Prize of up to $5,000 awaits the winner of the inaugural Lake Apopka Fish Tag Challenge 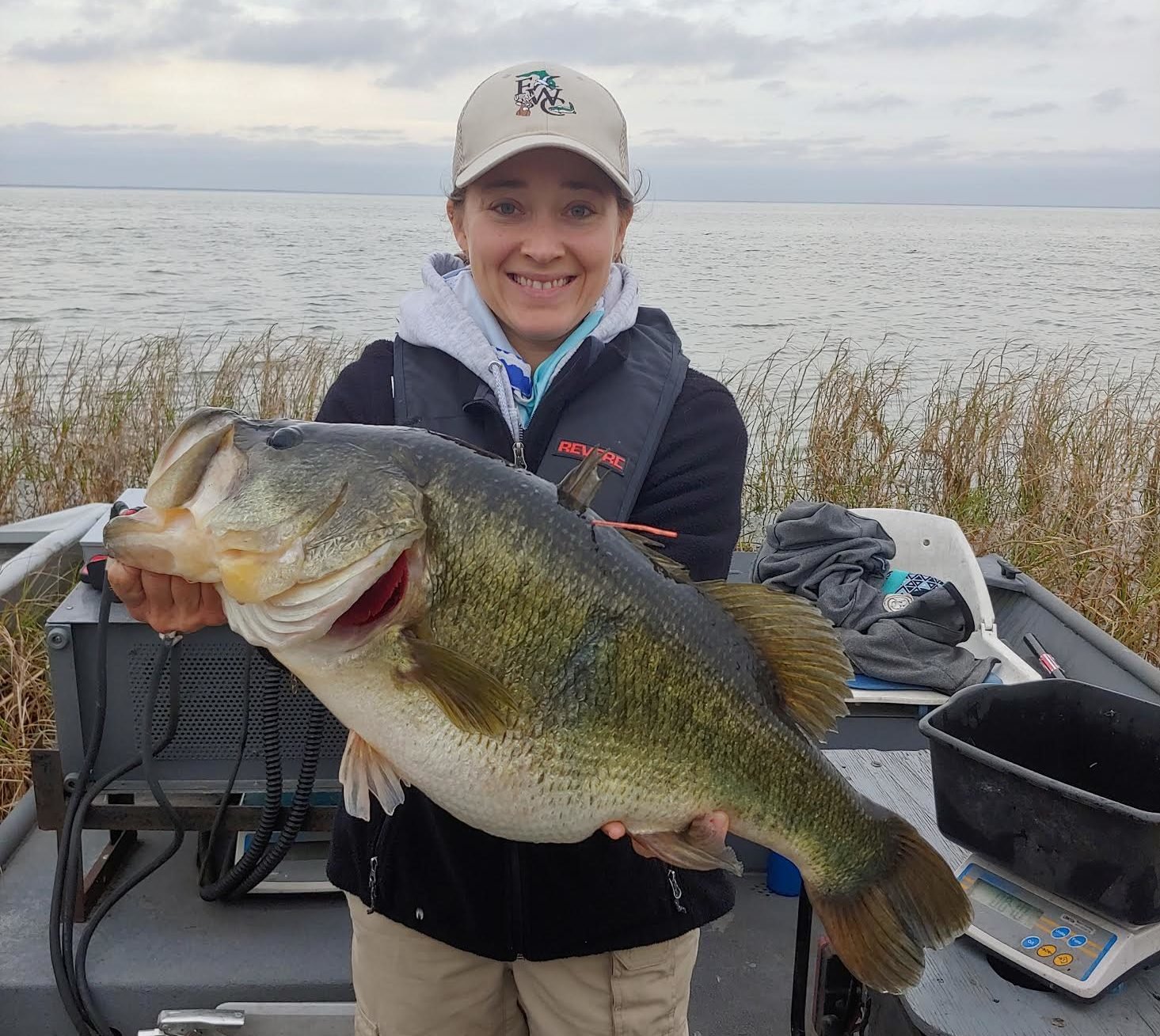 From The Friends of Lake Apopka

FOLA has partnered with the Florida Fish and Wildlife Commission to tag 500 fish in Lake Apopka, including largemouth bass, bluegill, and black crappie. One largemouth bass – nicknamed “Jim Thomas” after FOLA’s founder – carries a unique tag. The angler who catches “Jim Thomas” and returns the tag to the FWC, will win a cash prize of up to $5,000. And with additional prizes for other fish caught in the challenge, the total purse exceeds $10,000.

The Friends of Lake Apopka (FOLA) is pleased to announce it has partnered with the Florida Fish and Wildlife Conservation Commission (FWC) to launch the inaugural “Lake Apopka Fish Tag Challenge.” The contest, which runs from January 15, 2021 to May 31, offers anglers the chance to catch a tagged fish in Lake Apopka and return the tag to the FWC for a prize.

In the case of one particular fish, it’s a whale of a prize.

Recently, FWC biologists netted a sizable largemouth bass and gave it a unique tag – numbered #091 – next to its dorsal fin. They dubbed the fish “Jim Thomas” after the legendary Winter Garden environmentalist who founded FOLA in 1991 and returned it to swim around in the 30,000-acre Lake Apopka, Florida’s fourth-largest lake.

The angler who catches “Jim Thomas” during the contest period and returns the tag to the FWC will be awarded a $2,500 cash prize from FOLA. Additionally, if the angler submits the catch to the FWC’s TrophyCatch program – in accordance with TrophyCatch rules – he or she will win an additional $2,500, bringing the total grand prize to $5,000. TrophyCatch is sponsored by Bass Pro Shops, (BPS). The unique partnership between TrophyCatch and BPS demonstrates the company’s investment in Florida bass fishing and highlights the innovative research this event will produce.

“The angler who catches ‘Jim Thomas,’ is going to have one incredible fish story to tell,” said Scott Bisping, FWC Fisheries Resource Biologist who oversees the study of recreational fishing in the Harris Chain of Lakes. Beyond bragging rights and cash prizes, there is a serious reason for the contest and the partnership between FOLA, the FWC, and TrophyCatch. The return of tags from fish caught in Lake Apopka will inform biologists about how fish populations are recovering, how different species are moving about the lake, and how often anglers are returning to fish in Lake Apopka, which before World War II, was regarded as Florida’s bass fishing capital.

The total purse of prizes in the Lake Apopka Fish Tag Challenge is more than $10,000. Anglers who catch any of the other tagged fish in the Challenge – and return the tags to the FWC – will be entered into a prize pool for one of more than a dozen additional prizes, including a $1,000 cash first prize donated by Empire Finish Systems; six $500 cash third prizes and nine $100 cash prizes.

Also during this special competition, the angler who submits the largest TrophyCatch-approved bass from Lake Apopka – not including the “Jim Thomas” bass – will also win an additional $500 in Bass Pro Shops gift cards.

TrophyCatch, the FWC’s largemouth bass conservation program, rewards anglers who provide documentation of their catch-and-release of largemouth bass weighing eight pounds or heavier in Florida. In order to be eligible for prizes, anglers are required to submit photos or videos of their catch to TrophyCatch.com, showing the entire fish and its weight on a scale, before releasing it back into the water. FWC biologists use TrophyCatch data for bass research to make informed decisions about the management of Florida bass fisheries and to promote the catch and release of trophy bass. The FWC encourages anglers to submit the trophies they catch on Lake Apopka for conservation and prizing.

Lake Apopka has been the subject of state-funded restoration efforts since the late 1990s. For decades in the mid-1900s, agricultural and wastewater practices inundated the lake with nutrients, leading to algae blooms and a loss of game fish habitat. At its most polluted, Lake Apopka’s phosphorus levels were almost 300 parts per billion (ppb). Regulators consider 55 ppb the maximum acceptable phosphorus load.

Twenty years of restoration efforts have paid off. Since the late 1980s, phosphorus concentrations have declined 64 percent and water clarity increased by 55 percent.

“Lake Apopka is in the middle of a comeback story, a world-class comeback story,” said FOLA President Joe Kilsheimer. “Water quality is improving, fish habitat is being restored, the population of fish is growing and the state of Florida has declared that eating fish caught in Lake Apopka is safe.”

In 2016 and 2017, the FWC stocked Lake Apopka with more than 1 million fingerling largemouth bass with the goal of helping to restore the lake’s game fish population.