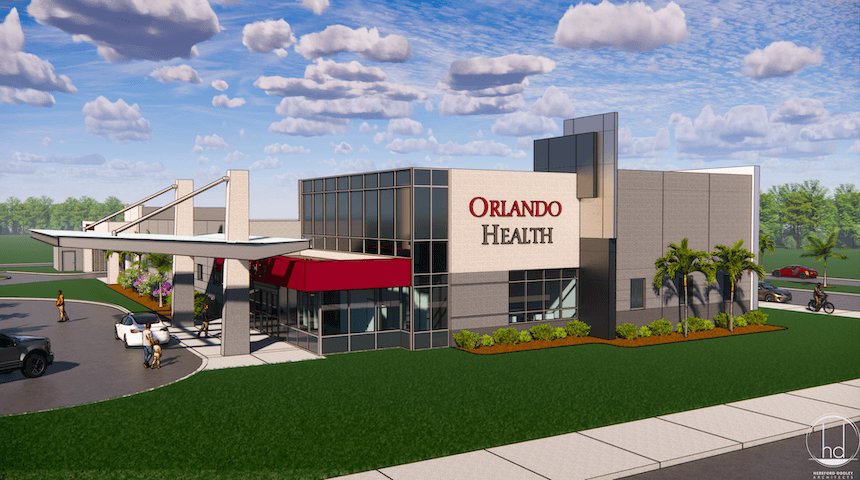 Orlando Health is coming to Apopka.

In a statement released on Wednesday, the private, not-for-profit network of community and specialty hospitals based in Orlando announced that it will build a new 144-bed hospital in Apopka. The two-story, 100,000-square-foot facility will be located at 1425 South Orange Blossom Trail, central to Orlando Health hospitals and medical staff.

The new hospital is expected to be completed in late 2024, expanding behavioral health services west of Orlando.

“This announcement is an exciting step in our partnership with Acadia to amplify the quality of behavioral health care in our region,” said Dr. Matthew Angelelli, medical director for behavioral health at Orlando Health, in the statement. “The new hospital will be the centerpiece from where we expand inpatient and outpatient programs, enhance community outreach activities, improve patient, employee, and customer experience and develop new comprehensive psychiatric strategies across the entire healthcare system.”

According to its website, Orlando Health is a not-for-profit healthcare organization with $8.1 billion of assets under management that serves the southeastern United States. Headquartered in Orlando, Florida, the system was founded more than 100 years ago.

The healthcare system is recognized around the world for its pediatric and adult Level I Trauma program, co-located at Orlando Health Arnold Palmer Hospital for Children and Orlando Health Orlando Regional Medical Center, where more than 50 victims of the Pulse nightclub mass shooting were treated in June 2016.

The system is also home to the only state-accredited Level II Adult Trauma Center in Pinellas County at Bayfront Health St. Petersburg. Orlando Health Winnie Palmer Hospital for Women and Babies houses the nation’s largest neonatal intensive care unit under one roof. It is the only facility in the southeast to offer open fetal surgery to repair the most severe forms of spina bifida.

Orlando Health also operates the National Training Center for Olympic athletes and the Orlando Health Network, which is recognized as one of the region's largest and highest-performing clinically integrated networks.