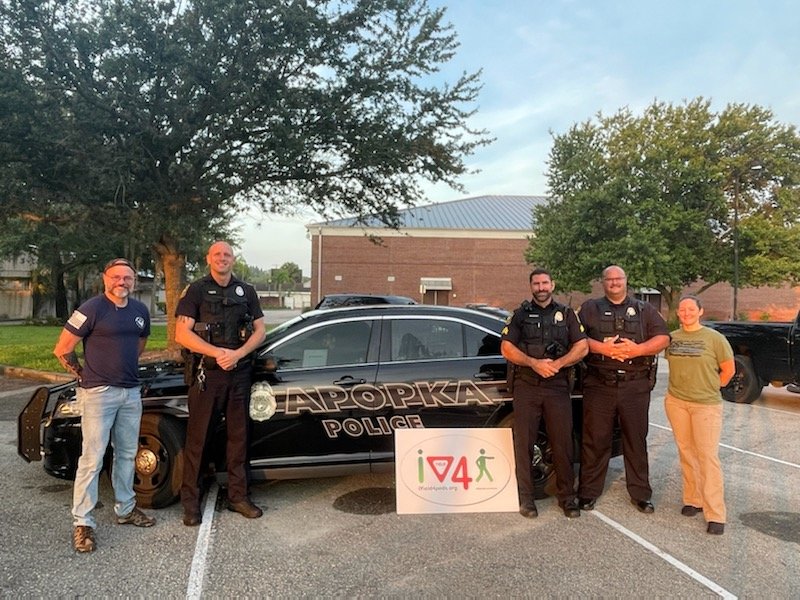 Operation Best Foot Forward crosswalk enforcement has come to a close, but not before helping raise awareness and potentially save lives in the future.

Here are the citation/warning totals from each agency:

Unfortunately officers saw too many close calls again, with drivers coming dangerously close to hitting officers and volunteers at several marked crosswalk locations. The majority of drivers who were pulled over told officers and deputies that they had no idea they were breaking the law. It is particularly concerning given that each of these crosswalks is near a local school.

Most crashes involving drivers striking people walking across the street are preventable. Driver and pedestrian education is critical to saving lives and being safe on the streets. That's why the Best Foot Forward Pedestrian Safety Program launched in 2012, with high-visibility crosswalk enforcements like these to raise awareness and make our streets safer for everyone.

Thank you to the Apopka Police Department for doing your part to help keep our streets and pedestrians safe, with a special watch on school crosswalks as students return to school in a couple weeks.