New survey: Floridians are more worried about climate change than most Americans 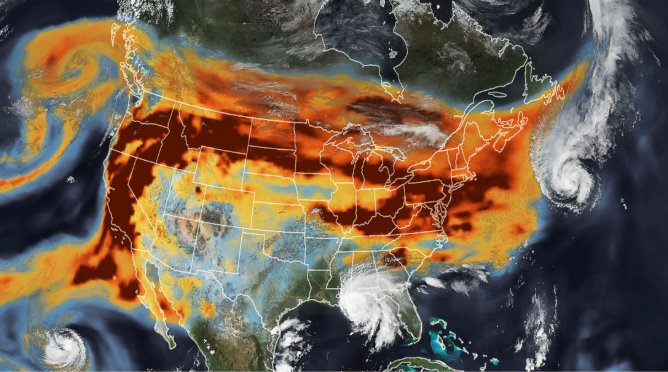 Floridians worry about climate change more than most Americans, and the level of concern among Republicans in weather-battered South Florida is higher than among Republicans elsewhere in the country, according to a survey by the Florida-based Saint Leo University Polling Institute.

About 75 percent of the 1,500 respondents said they are concerned about climate change, and nearly 40 percent reported they are “very concerned.”

The level of concern is distinctly higher among Democrats than Republicans and between young people (ages 18 to 35) and older people (at least age 56), according to the polling results announced Monday.

The findings are consistent with a larger survey by the Pew Research Center conducted in October, showing that 70 percent of its 11,0001 respondents consider climate a very important (42 percent) or somewhat important (26 percent) issue in voting for national leaders.

Political scientist Frank Orlando, director of Saint Leo’s Polling Institute, said in the press announcement that this year’s survey found that climate change is of concern to 61 percent of Florida Republicans, which is 10 percentage points higher than Republicans nationwide.

Dr. Laura Altfeld, associate professor of biology and ecology at the university, said in the press announcement that the survey confirms what common sense dictates: that young people believe their future is in trouble if climate change is not halted soon. “They’ve got a lot longer to deal with this,” Altfeld said.

Climate change will play an unprecedented role in the Florida Legislature this year, as Republican leaders including House Speaker Chris Sprowls call for state funding to help municipalities armor themselves against sea-level rise and inland flooding. The Republican leaders do not frame flooding specifically as a result of climate change but they cite flooding forecasts produced by climate researchers.

Other findings from the St. Leo survey on climate:

More than 35 percent of respondents in Florida and in the national average said they “strongly support” the United States rejoining the international Paris Climate Agreement to reduce greenhouse gases that accumulate in the atmosphere and cause the climate to change. President Joe Biden has rejoined the treaty, after former President Donald Trump withdrew the nation from it.

Nearly 68 percent of Florida respondents said it is important that cities and regional coalitions establish local offices for addressing climate change. Examples of such offices include ones in the Tampa Bay region and in southeast Florida, both experiencing problems with sea-level rise that are expected to worsen.

68 percent of all respondents said climate change should be taught in primary and secondary public schools as accepted theory. The political breakdown on that data point showed 86 percent of Democrats in favor, 68 percent of independents, and 51 percent of Republicans.