Nelson pushes back on criticism of Apopka Fire Department "squads" 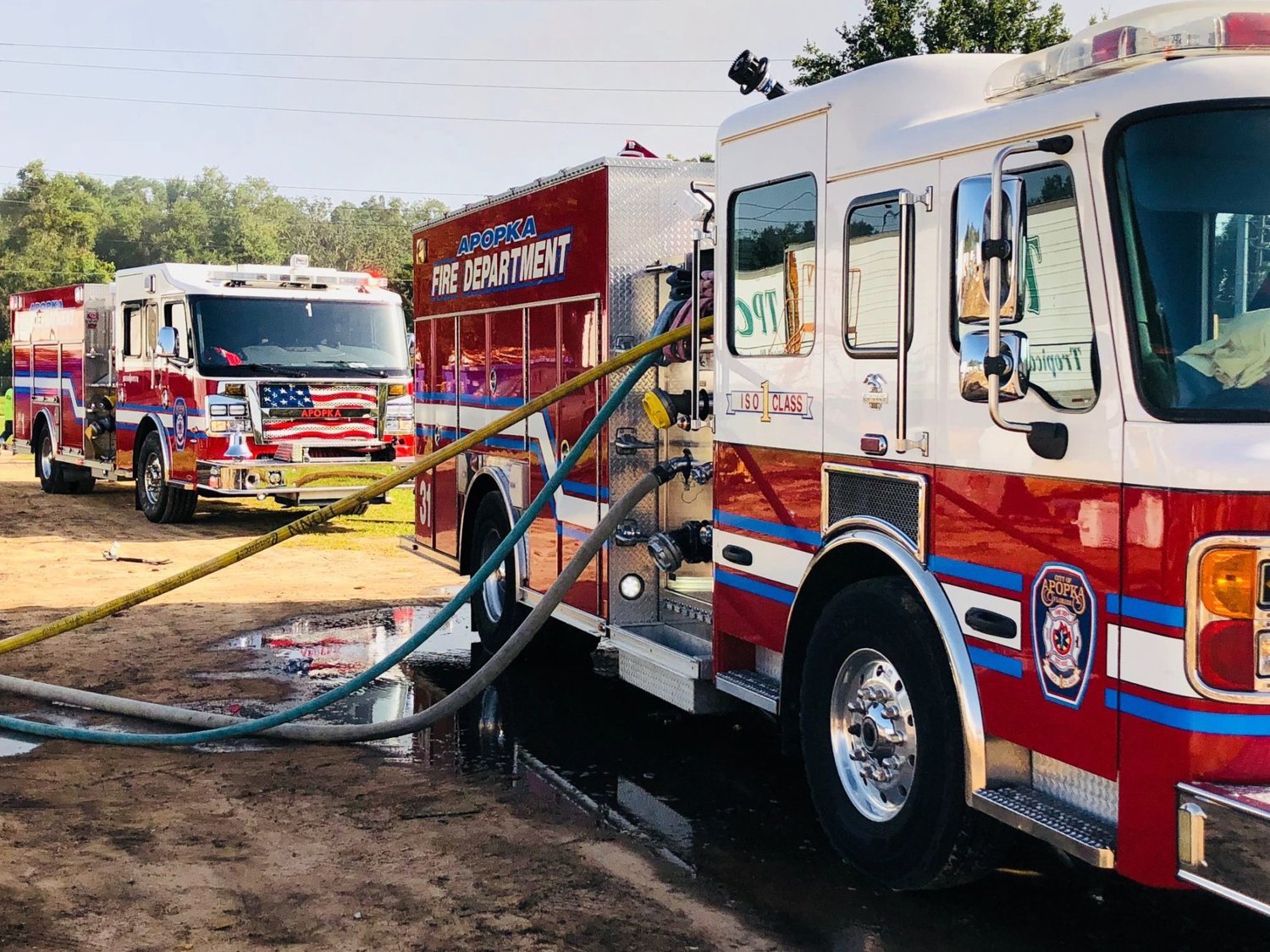 During a recent interview with The Apopka Voice, Apopka Mayor Bryan Nelson discussed a range of subjects, but none more strongly than the Apopka Fire Department. In recent weeks beginning at the budget workshops, in several published articles, and in discussions on local social media pages, debates took place - primarily about the number of firefighters that should be on a fire apparatus during a fire call.

Nelson pushed back on many of the assertions made.

"I think a couple of things have been neglected," Nelson said. "I think the 180 calls we've made on behalf of Orange County and they've done zero for us. So when you talk about the services of the fire department we've more than handled our own."

Nelson is referring to a statistic referenced by AFD Chief Sean Wylam during the millage rate hearing in which the AFD assisted the Orange County Fire Rescue on fire calls, but never needed the OCFR's assistance on any.

Nelson also defended a 17-year tradition at the AFD - the squad.

"We talk about four people on a truck versus two, but you don't bring up the squad, which is the whole reason there is a squad... so that we get two people there faster than the fire truck gets there," Nelson said. "They figure out what the issues are so when the fire truck gets there, now you have four. It's not just two... and for 17 years, it's worked... under Richard Anderson, under Lee Bronson, under Chuck Carnesale. And now under Chief Wylam, the squad system has worked. Nobody has ever complained. Not once. Nobody. And 17 years later people want to say we need to put more people on the fire truck. So why is that?"

According to Nelson, the catalyst of this discussion is the new Apopka Firefighters Union.

He also referenced Apopka's vast square mileage as being another reason the squad method works better.

"We've got the squad system that's worked because we're more spread out than other municipalities. We can get that squad truck there faster to analyze the situation... and when the fire truck gets there, now you've got four people."

According to a survey conducted by The Apopka Voice of fire departments in Lake, Orange, and Seminole counties, Apopka is the second-largest municipality in Orange County in regards to square miles with 35.2. Orlando is the largest with 113.7 square miles.

According to Nelson, in a city so broad, more stations would be a better idea than more firefighters on the engines.

"So do we put three on the fire truck, or do we at some point look at adding fire station #7? Now we get a station out by Kelly Park crossing. To me, I'd rather have another station, because you're coming from right there versus coming from Fire Station #6. Right there - one mile away versus 3-4 miles. That makes more sense to me."

He also believes that the number of firefighters the AFD has staffed over the years has adequately managed every fire call - using 2020 as an example.

"We had 31 fires last year," he said. "That's it. So how do you say we don't have enough people there? We have 107 firefighters... so only one out of every three have even been on a fire call that year. It's just interesting how this thing has turned."

Nelson maintains that the two-person teams on the fire engines with a two-person squad is what gave Apopka its ISO-1 rating.

"It's not like we aren't all about safety," he said. "We were the first ISO-1 city in the central Florida area. There's nothing more critical than having an ISO-1 rating. Do you know how many accidents we've had because we only have two on the truck? Zero."