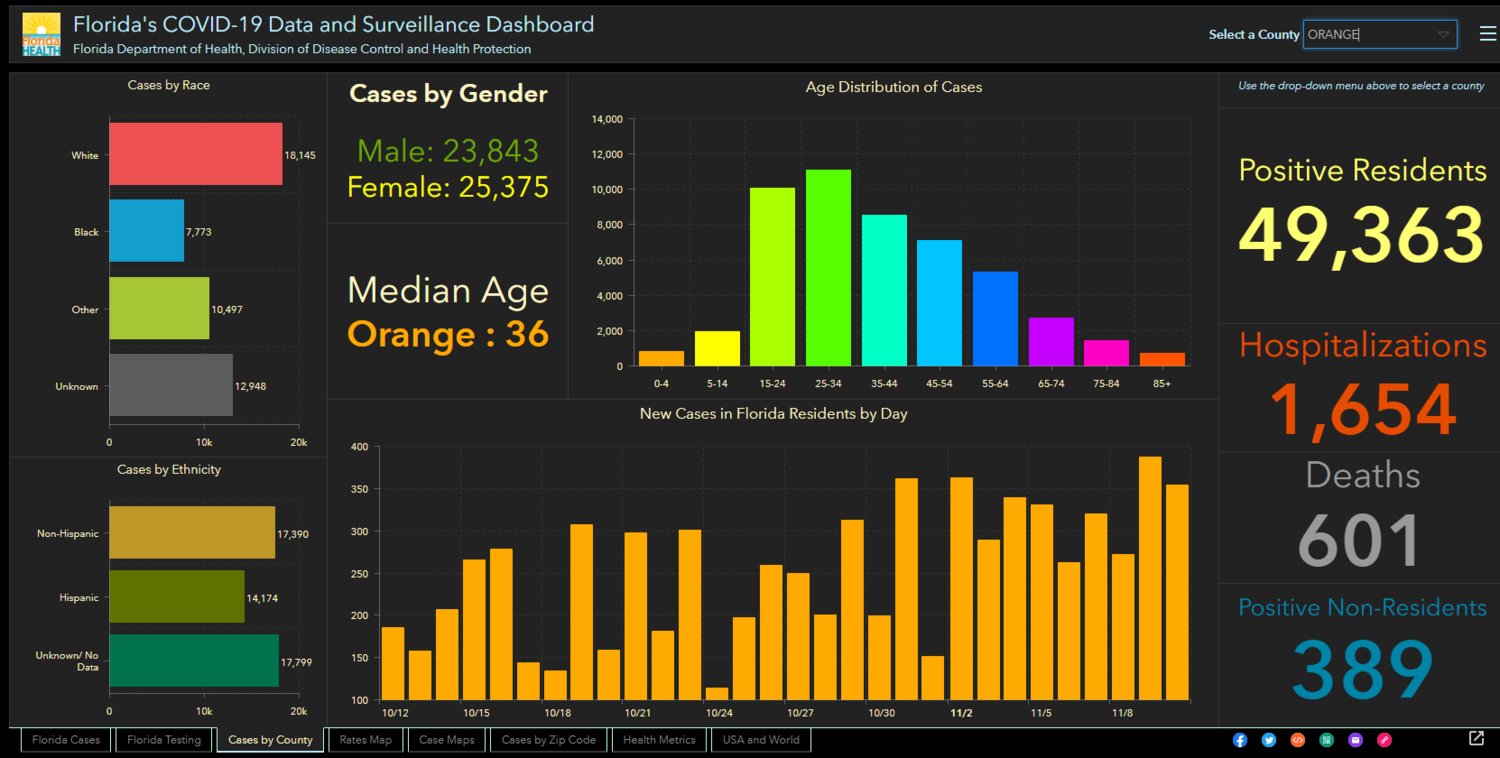 Local governments in Florida are chafing under restrictions imposed by Gov. Ron DeSantis they say are preventing them taking measures to tamp down rising COVID-19 infections.

DeSantis issued an executive order in September that allowed local governments to adopt mask mandates, regulate hours and conditions restaurants and bars can operate under and impose other restrictions during the pandemic emergency.

The order came with two provisions, however: local measures could not include fines or criminal penalties or be implemented at all if they “prevent an individual from working or operating a business.”

According to the Florida Department of Health (FDOH) COVID-19 dashboard Tuesday, 4,353 new cases were reported in the state Monday, bringing the number of cases in Florida to 852,174 since March.

The FDOH daily case report topped 4,000 after dipping below it Monday, the first day since Oct. 31 the state reported fewer than 4,000 new cases a day.

With 69 deaths reported Monday, 17,460 people have died of from the disease in Florida since March.

While numbers are trending up, they do not rival those experienced from July to September, when Florida experienced 12 consecutive weeks of more than 20,000 new cases. The last day the FDOH reported a daily increase above 10,000 was July 25.

Weekly reported deaths also have steadied since August. More than 1,000 Floridians died from COVID-19 each of three consecutive weeks in August.

Nevertheless, health care professionals warn hospitals statewide, and in south Florida in particular, could see a bed availability crunch in four-to-six weeks unless local governments can take measures to mitigate the impact.

Broward County Mayor Dale Holness, several Palm Beach County commissioners and state Sen. Shevrin Jones, D-West Park, are among officials who recently have appealed to DeSantis to give municipalities more flexibility in dealing with the pandemic.

Atlas, a neuroradiologist who became President Donald Trump’s top COVID-19 adviser in July, explained at an August roundtable in Tallahassee that his “goal is absolutely not to stop all spread of COVID-19 to asymptomatic or very low-risk individuals. The goal is to protect the vulnerable.”

Florida has been unable to “protect the vulnerable,” however. More than 6,900 of Florida’s 17,460 COVID-19 deaths, one-third of the state’s death toll, were long-term care facility and nursing home residents, according to the AHCA and the FDOH.

A Johns Hopkins Center for Health Security analysis from October estimated the minimum threshold to achieve herd immunity in a population is around 60 percent. That would mean at least 13.2 million of Florida’s 22 million residents would need to be infected.

At that infection rate, according to Johns Hopkins, Florida’s current 17,460 death toll would triple beyond 51,000.

Gelber, a former state lawmaker, accused DeSantis of not informing Floridians they are being used as guinea pigs in the Trump administration’s stealth herd-immunity strategy.

"There will be people – even those who are vulnerable – who will unquestionably and unknowingly put themselves at serious risk because you have signaled an all-clear,'' Gelber wrote.