Juneteenth National Independence Day is a now a federal holiday, though FL Legislature failed to act on the issue 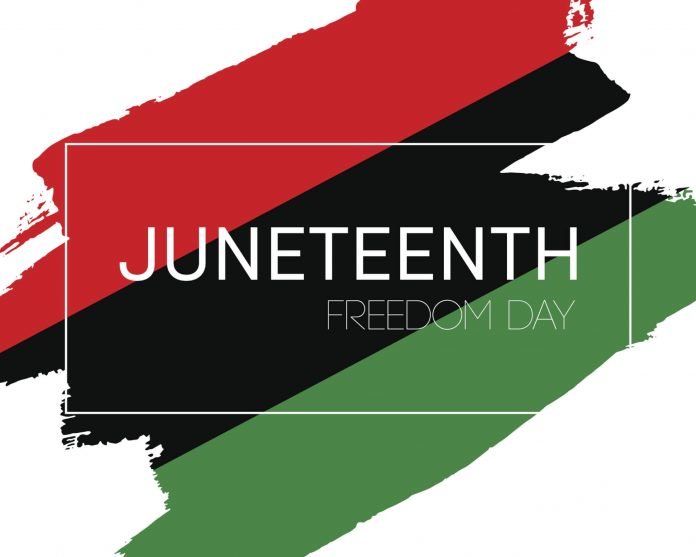 June 19 is celebrated in the United States, highlighting the day when the last of enslaved African Americans were freed in 1865. Credit: iStock/Getty Images Plus
Posted Thursday, June 17, 2021 9:27 pm

The federal bill is “the first new federal holiday created by Congress since 1983..."

President Joe Biden signed a new bill into law Thursday, establishing Juneteenth as a federal holiday to recognize the ending of slavery.

But Florida still has not established Juneteenth as a legal state holiday, following the death of George Floyd and other issues surrounding racism and injustices against African Americans.

Black state lawmakers and advocates in the 2021 legislative session failed to gain traction on legislation to establish June 19, otherwise known as Emancipation Day, as a legal holiday in Florida. For now, the state only recognizes Juneteenth as a day of observance instead of a holiday.

June 19, called “Juneteenth,” is connected to the Texas history of slavery, according to a legislative analysis. And Juneteenth Day recognizes a significant time in history when the remaining enslaved African Americans in the United States were granted freedom in 1865.

State Sen. Randolph Bracy, a Democrat representing part of Orange County, led those efforts by attaching his original “Juneteenth Day” bill, SB 490, to another bill entitled “Victims of Communism Day,” which was HB 1553. However, HB 1553 eventually died in the Florida House.

State Rep. Travaris McCurdy, who had sponsored similar legislation in the Florida House, said in a phone conversation with the Florida Phoenix that the legislation died because “the House specifically had no appetite to make it (Juneteenth Day) a state holiday.”

But he is motivated to take another stab at establishing Emancipation Day as a state holiday, McCurdy said. “I’ll do whatever needs to be done to establish it as a state holiday. Hopefully, Juneteenth will be taken care of through this (federal bill),” said McCurdy, a Democrat representing part of Orange County.

Bracy also had pushed for May 20 as a legal holiday after receiving criticism from historians who have pointed to May 20 as the date representing when slaves were notified of their freedom in Florida.

Current state law designates June 19 of each year as a day of observance instead of a holiday. And the governor may issue “a proclamation designating June 19 as Juneteenth Day and calling on public officials, schools, private organizations, and all citizens to honor the historic significance of the day,” according to state law.

According to the Washington Post, the federal bill is “the first new federal holiday created by Congress since 1983, when lawmakers voted to establish Martin Luther King Jr. Day after a 15-year fight to commemorate the assassinated civil rights leader.” And federal workers would be granted a day off.

In Florida, state employees receive Martin Luther King Jr. Day as a paid holiday by state agencies, according to the Florida Department of Management Services.

The U.S. House of Representatives voted Wednesday, approving the “Juneteenth National Independence Day Act” on a 414-14 vote, according to House records. The bill received bipartisan support, with no House members representing Florida voting against it, according to Congressional records.

Those 14 members in the House who voted against the measure were all Republican lawmakers.

“Let’s call an ace an ace. This is an effort by the Left to create a day out of whole cloth to celebrate identity politics as part of its larger efforts to make Critical Race Theory the reigning ideology of our country. Since I believe in treating everyone equally, regardless of race, and that we should be focused on what unites us rather than our differences, I will vote no.”

In Florida, the State Department of Education’s proposed new civics standards do not include the word “slavery.” And just last week, the state board approved a new rule that essentially prohibits critical race theory in classrooms, claiming that the theory “distorts historical events” and is “inconsistent” with the state board’s approved standards.

State Sen. Shevrin Jones said in a text message to the Florida Phoenix:

“I think Congress move to make Juneteenth a national holiday is not only good, but it’s also overdue. Our elders have been fighting for this for years, and today their work and persistence paid off. But, there is still more work to be done…We still have a ways to go, but today we celebrate this win.”

Meanwhile, several events are planned across Florida to celebrate Juneteenth.

His group is hosting the event, which will include live music, guest speakers and more.

“The focal point of the event is giving away scholarships to three deserving middle and high school students for writing about the effect of Black Wall Street, and those awards will be presented by Tallahassee Mayor John Dailey,” Williams said in a phone conversation.