Is Apopka a sanctuary city? 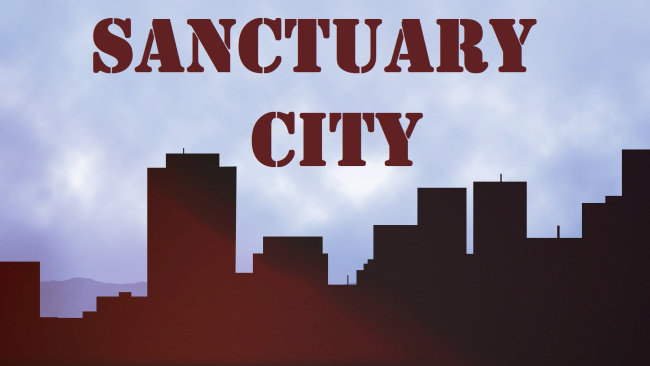 For the past few days, social media in Apopka has been talking about sanctuary cities.

Perhaps it's because of the March and Rally for Immigrant and Worker Rights happening in Apopka on Monday bringing this issue to the forefront in Apopka, or possibly it's just because election season seems to be in full swing in Apopka despite being 11 months out. But whatever the reason, there were two significant discussions on two local sites.

On April 26th, the Facebook page "Apopka Community Facts Uncensored", one of its administrators posted this comment:

"Just received a phone call stating Joe has been talking with some religious organizations for their support in making Apopka a Sanctuary City. Say it ain't so Joe! Lord help us."

The thread lasted over 48 hours and received over 25 comments.

Then on Friday on the Errol Estate social media site nextdoor.com, a thread that lasted all day and went well over 50 comments began with these two posts:

"Word is out on Tampa news, Apopka to be a sanctuary city. How will that affect our property values?"

"Mayor Joe is working through a ministry, as other cities do, to avoid the issue of the city, which is against federal law, actually looking like they are doing the work, but until the courts catch up with the loophole, Mayor Joe is all in for Apopka being a sanctuary city. Those that voted for him are getting the change all right."

Note: No source was given in the post, nor could The Apopka Voice find a source for "Tampa news" relating to Apopka being a sanctuary city.

What is a sanctuary city?

According to Wikipedia, a sanctuary city is one that limits its cooperation with the national government in regard to detaining and deporting undocumented migrants and/or sets other law enforcement priorities. Leaders of sanctuary cities want to reduce the fear of deportation and possible family break-up so that such residents will be more willing to report crimes, use health and social services, and enroll their children in school.

Municipal policies include prohibiting police or city employees from questioning people about their immigration status and refusing requests by federal immigration authorities to detain people beyond their release date if they were jailed for breaking local law. Such policies can be set expressly in law or observed in practice, but the designation "sanctuary city" does not have a precise legal definition.

Later in the nextdoor.com thread, Apopka Mayor Joe Kilsheimer responded to the accusations. Among them was this post:

"The Hope Community Center was founded in the 1970s. The nuns who founded it came to Apopka more than 40 years ago to minister to farmworkers. The farmworkers came to Apopka in the 1950s, 60s, 70s and 80s because they were INVITED to come here by the FARMERS and NURSERY OWNERS. According to the 2010 census, the Hispanic population in Apopka amounts to 26 percent of the city's total population. These are all facts about Apopka that existed even before I was elected to city council in 2012. I have been invited to events at Hope Community Center and I have attended, just as I have attended events at virtually every other denomination in Apopka. Finally, I will state categorically: the suggestion that Apopka is doing anything to impede the enforcement of federal immigration law -- officially or unofficially -- is false, inflammatory and hurtful."

Commissioner Diane Velazquez was not in the nextdoor.com thread, but she did tell The Apopka Voice about her concern for that sort of criticism.

"The inflammatory posts on Next Door social media site alleging Apopka is listed as Sanctuary City is an outright lie and intended to incite negative and hurtful remarks toward the Mexican and Hispanic community in our city and should not be tolerated by any group or member in our city. As a retired member of law enforcement & as an elected official, I took an oath. I respect and honor those Oaths. I respect and embrace everyone who calls Apopka home which includes our diverse Hispanic community.The immigration issue is a hot topic with strong opinions reference to sanctuary cities. In my tenure, as Commissioner, I have always maintained a good relationship with both the Hope Community & the Farmworkers, supporting their community efforts to serve the Farmworkers & their families, working in the local farms & nurseries of Apopka."

The official comment from the City of Apopka came from Public Information Officer Robert Sargent, who categorically denied the allegations of discussions about sanctuary cities.

"The City of Apopka has not had any discussion of any kind - official or unofficial - about sanctuary cities. City staff recently reviewed an application and permitted Monday's march with requirements for pedestrian safety. That's it."

The Monday march is called the March and Rally for Immigrant and Worker Rights. It starts at Kit Land Nelson Park at 2 PM. To read more on the march, go here. Tirso Moreno, General Coordinator of the Farmworker Association of Florida, explains its significance.

“Most of Florida’s agriculture industry and rural economy is sustained by the work and contributions of farmworkers and their families,” says Moreno. “On May Day we are sending a message loud and clear to all local elected leaders and to the American public inviting them to value farmworker and immigrant communities.”