Florida school boards say they will decide when to resume classes, as state constitution prescribes 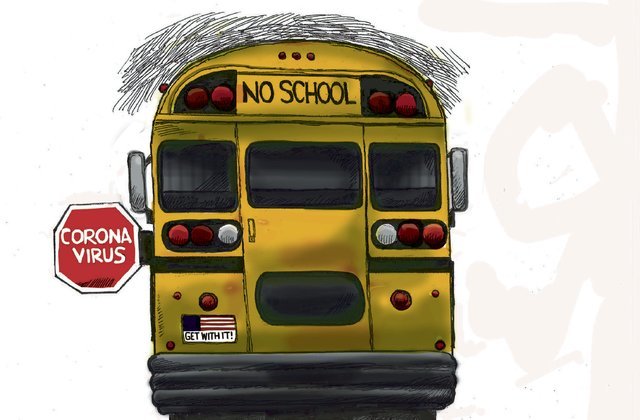 EDITOR'S NOTE: The Orange County School Board meets today, July 14 at 12:30pm, and will vote on if, when and how they will reopen in a way that follows local health department guidance. Melissa Byrd, Orange County School Board member for District 7 and Apopka resident, was contacted for her comment on this, to which she shared, "I am greatly concerned about the safety and well-being of our students and staff. I hope that today we will come to a consensus on the best way to move forward while keeping our students and staff safe." The meeting will be live streamed at the following link:

A growing number of Florida school boards say they will defy a state order to open schools next month if local county health departments say it is not safe to do so.

Senate President Bill Galvano, however, said districts must comply with the state order during a news conference in Bradenton with Gov. Ron DeSantis,.

“Yes, the answer is yes. The cannot be ignored; must be adhered to,” Galvano, R-Bradenton, said Saturday. “School boards cannot ignore this order.”

And, he said, they must do so in exact accordance with state Education Commissioner Richard Corcoran’s July 6 executive order that mandates all schools reopen next month for at least five days a week and offer “the full panoply of services,” including in-person instruction.

“The order specifically says five days availability, brick and mortar schools at full capacity,” Galvano said. “This is not just a one sentence order. It’s very comprehensive. A lot of time went into it. Commissioner Corcoran wanted to give direction.”

DeSantis said districts can modify reopening procedures based on local circumstances, but must open their doors next month.

That’s not how many school boards see it, however. The state constitution says elected school boards, not the state, decides when to open and close local schools.

Members of the Palm Beach, Broward, Miami-Dade, Manatee, Orange and Seminole county school boards are among education officials across Florida who are questioning the constitutionality of Corcoran’s order.

Palm Beach and Broward county school districts said they will not reopen as scheduled and when they do so, it may not be in accordance with Corcoran’s “full panoply of services” requirement.

Orange and Seminole school boards vote Tuesday on how, when or if they will reopen in accordance with local health department guidance.

Miami-Dade County Public Schools Superintendent Alberto Carvalho said if Miami-Dade County is not in phase two of its reopening plan by Aug. 24, when its schools open, the district’s board will not approve in-person schooling.

The Miami-Dade school board approved a reopening plan July 1 that allows in-person instruction only after the county moves into phase two of its reopening plan.

The Miami-Dade school district is Florida’s largest and the nation’s fifth-largest school district, with more than 357,000 students, according to the National Center for Education Statistics (NCES).

Carvalho was hopeful, however, that with renewed emphasis on safety protocols, adherence to social distancing and wearing face masks, numbers will decline over the next six weeks and schools can open.

“It’s quite possible, but we need the community’s collaboration," Carvalho said Sunday on NBC-TV's "Meet the Press." "We need the science to drive the practice, rather than politics influencing what is legitimately a community concern.”

The Orange County school district said it might delay its Aug. 10 opening date for several weeks.

Orange County Classroom Teachers Association President Wendy Doromal, who led a protest last week at district headquarters, said many educators are “terrified” about being forced to return to classrooms.

Many school boards are offering parents choices that include in-person classes on campus, online lessons taught from students’ schools or in district virtual schools.

In an op-ed in Monday's Miami Herald, Senate Education Committee Chairman Manny Diaz, R-Hialeah Gardens, said “sensationalist news coverage” is frightening parents, noting “it is imperative that we safely reopen our schools. President (Donald) Trump is right – students can, and must, continue to learn full-time throughout the K-12 system.”

A former teacher, Diaz said, “I will always put the best interests of our students first,” adding there is $150 billion in federal COVID-19 funding “readily accessible to state and local governments to help school districts affected by the coronavirus.”