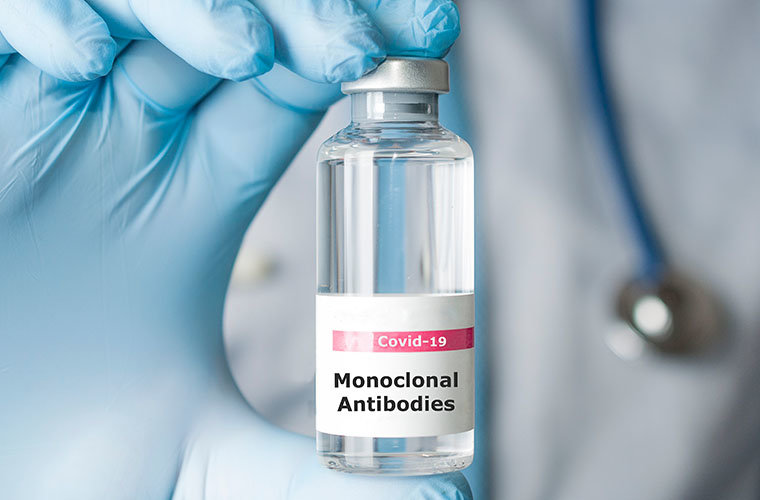 The 14-member Joint Legislative Budget Commission unanimously approved the DEM’s request, which will fund three initiatives from federal pandemic and stimulus allocations already received by the state or eligible for future federal reimbursement.

The largest single expenditure in the $1.2 billion supplemental funding request is $643.4 million to acquire about 300,000 doses – at $2,100 each – of GlaxoSmithKline’s sotrovimab, a relatively new monoclonal antibody treatment not yet directly available through federal supply lines.

DEM Financial Management Administrator Mark Mahoney said the request for sotrovimab is more of a precaution than an urgency because the COVID-19 pandemic appears to be on a sustained wane in Florida and across the country.

“We’re seeing a sharp decline right now in cases, so it doesn’t seem to be basically as much of a need,” Mahoney told the committee. “However, this authority should give us enough headroom should there be another spike, should we need to increase the antivirals and use something besides Regeneron.”

The funding request was sponsored by Gov. Ron DeSantis, who wants the state to acquire its sotrovimab as a precaution after Florida was, he said, purposely shorted for political reasons by the Biden administration when it rationed supplies of Regeneron’s REGN-COV2 monoclonal antibody treatments.

Monoclonal antibody treatments are an increasingly popular alternative to vaccines for protection from COVID-19. So popular that in September, the U.S. Department of Health & Human Services (DHS), increased overall supplies by 50%, from 100,000 to 150,000 doses a week nationwide, but capped doses being delivered to Florida and six other Southern states that had previously consumed more than 70% of the nation’s monoclonal antibody treatments.

According to the Governor’s Office, state clinics and private providers had been ordering about 72,000 monoclonal antibody treatments, or doses, a week.

That place has dramatically declined as case counts have dropped. The Department of Health (DOH) projects it will administer 26,000 doses a week across the state’s 25 treatment sites through year’s end.

“We’re going to be able to use that sotrovimab to bridge some of the gaps that are going to be developing as a result of the Biden administration dramatically cutting medications to the state of Florida,” he said.

The state spent $6.51 million to purchase 3,100 sotrovimab doses in September even though, despite the dose cap, the feared shortage of Regeneron REGN-COV2 never materialized with the drug widely available for free statewide through the Federal Emergency Management Agency (FEMA).

Rep. Jay Trumbull, R-Panama Beach, the House Ways & Means chair who co-leads the joint panel, said demand may be down, but the state would be prudent if it invested in having a ready supply of the treatments should the stubborn COVID-19 come back with a fourth-wave outbreak.

“I think we have plenty of, if you’ll call it stock, now, of Regeneron. But should there be a spike again, to be able to have a plan and some spending authority there will be beneficial should there be another spike,” he said.