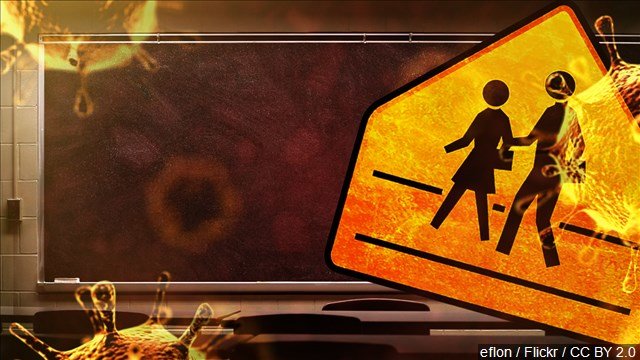 Leon County Judge Charles Dodson has struck down as “arbitrary and capricious” Florida Education Commissioner Richard Corcoran’s order that withholds funding for school districts that do not reopen classrooms and offer the “full panoply of services” by Aug. 31.

In a 16-page order issued Monday afternoon, Dodson ruled only school boards can determine when to safely open classrooms, they do not have to offer the “full panoply of services” this month, and they cannot be penalized financially by the state for not doing so.

“Our Florida Constitution requires the state to ensure our schools operate safely,” Dodson wrote. “Defendants arbitrarily prioritized reopening schools statewide in August over safety and the advice of health experts.”

The state is expected to appeal to stay Dodson’s ruling and seek a temporary order reinstating Corcoran’s directive.

In the interim, the ruling leaves in limbo about half the state’s 67 school districts that had not reopened classrooms but were required to do so by next Monday.

Dodson issued his order after a three-day trial that concluded Friday in response to a lawsuit filed by the Florida Education Association (FEA), the state’s largest teachers union.

FEA and state attorneys failed to reach an accord in a day-long mediation session Tuesday that precipitated the trial.

Corcoran’s original order was amended to acknowledge only local school boards have the authority to open schools but failure to comply would result in the state withholding funding.

"The government may not require a person to give up a constitutional right in exchange for a discretionary benefit,” he wrote. “Put another way, ‘what the state may not do directly it may not do indirectly.’ ”

The threat to withhold funding chilled school districts and the locally elected boards from expressing views other than the state’s, Dodson wrote.

“No school district has joined in this litigation; and no official representative of any school district testified regarding any coercion to reopen its schools,” he wrote, noting the state implied that meant school boards agreed.

“But the school boards have no choice,” Dodson wrote. “Several reopening plans were admitted as exhibits in this hearing. In each of those plans, the Department of Education (DOE) includes language that states, 'the district must agree to ALL of the assurances by checking the corresponding boxes.' "

This gave districts “no meaningful alternative,” he continued. “If an individual school district chooses safety, that is, delaying the start of schools until it individually determines it is safe to do so for its county, it risks losing state funding, even though every student is being taught.”

The state itself provided the “high standard” to meet the definition of “arbitrary and capricious” in how it handled different school districts’ plans, Dodson said.

“These counties were permitted to heed the advice of local health experts," Dodson wrote. “However, when Hillsborough and Monroe counties attempted to adopt similar plans (the DOE) denied their proposals.”

Not only that, Dodson said, the state would not allow Department of Health officials to testify during hearings in Hillsborough County or the trial.

“Without prescribed standards for approval of plans, (Corcoran) has engaged in ad hoc and unconstitutional decision-making without considering local safety and the medical opinions of experts, local or otherwise,” Dodson wrote. “Indeed, the Department of Health, the agency charged with making health and safety related decisions in the state of Florida, was noticeably absent from the defendants' decision-making process.”