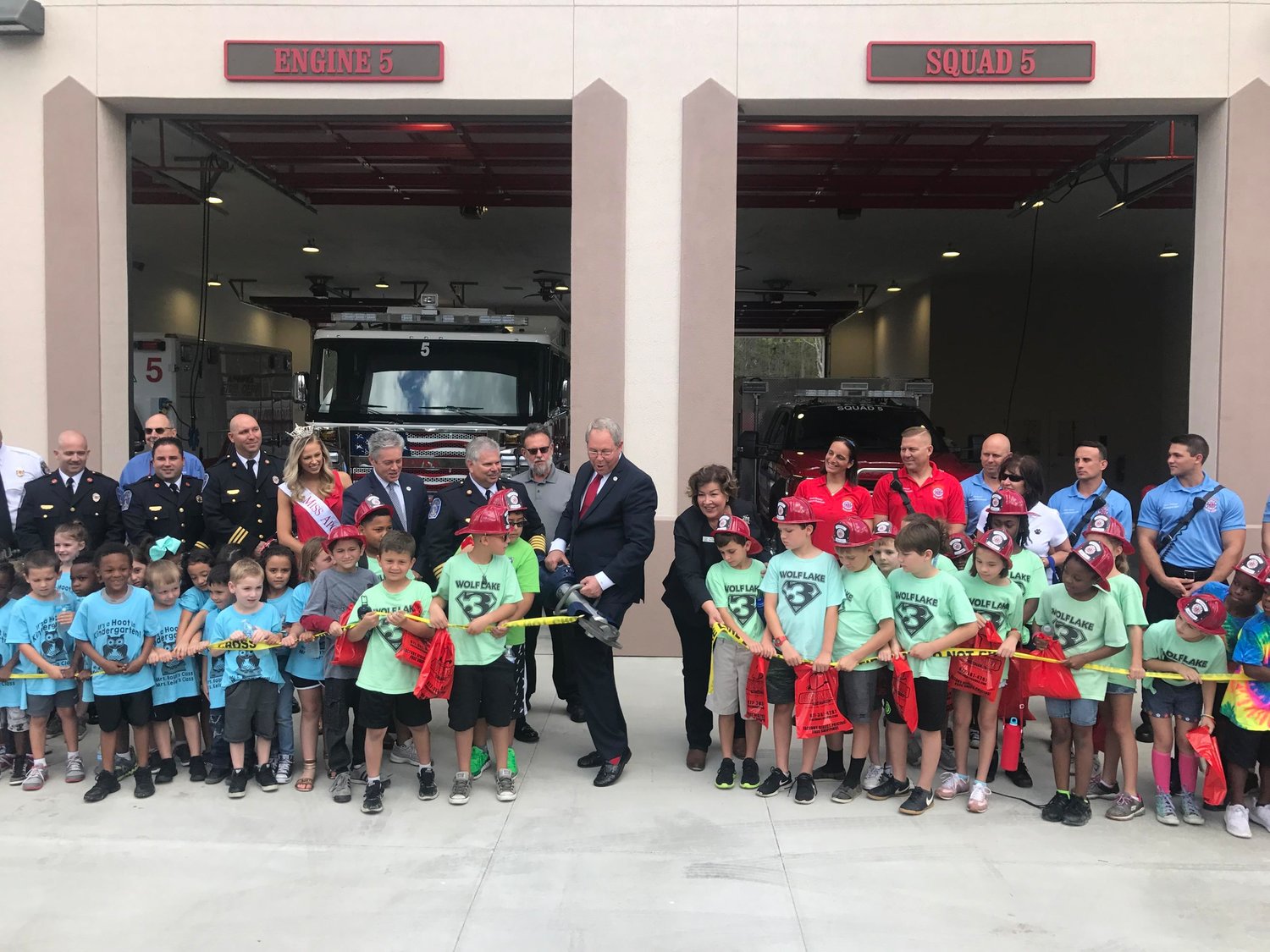 Firehouse Lane is a quiet little road in northwest Apopka that intersects with Jason Dwelley Parkway on its way to the Northwest Recreation Facility. 1865 Firehouse Lane is the only address on this short tree-lined road, but it's an important one that in many ways represents the next step in managing the massive growth and progress that this part of Apopka is experiencing.

And even though Google Maps cannot find them, the men and women serving at this address can find you. Quickly. And probably when you need help the most.

1865 Firehouse Lane is the site of the Apopka Fire Department's Station #5, and on Friday morning, it turned the heads of a grateful community with an impressive grand opening/ribbon cutting ceremony.

"Today is a day of great pride not only for the Apopka Fire Department but for the entire city of Apopka," said Apopka Mayor Joe Kilsheimer. "Even before I took office the forecast for this part of Apopka has been for growth. And that forecast for growth is with us today. In January of this year, the Apopka Fire Department ran more than 1,000 calls for service, which is compared to a normal January of 550. This fire station will serve our community. It will save lives for generations to come."

Fire Station #5 is the first additional fire station opened in Apopka in 20 years – meeting the need for an improved emergency response in Orange County’s second-largest city. Construction started in August for the $1.6 million, 7,800-square-foot facility that was designed by The Lunz Group and built by Miller Construction Management. The building includes four vehicle bays, operations offices as well as meeting, eating and sleeping areas.

"For me, this is such a crowning glory," said Apopka City Commissioner Diane Velazquez. "I have been involved with the fire department from the very beginning. And to see it come to fruition... to actually see it become a reality is very emotional for me. I absolutely love our first responders. As a retired and former first responder, I understand what it is to serve and so to get this fire station finished is a blessing. I thank each and every one of you who served here."

The staff will include 21 firefighters – seven for each of three shifts. Emergency vehicles will include a fire engine, ambulance and a rapid response squad truck that will carry equipment for vehicle accidents and other emergencies.

What an exciting day," said Apopka City Commissioner Doug Bankson. "And this really is a beautiful building. It's first-class. But this building would be nothing without the men and women that are serving our community. The work that they do saves lives. This is a great use of the taxpayer's money."

Fire Station#5 will significantly improve emergency response times to the largely residential areas of northwest Apopka and also handle vehicle accidents along Wekiva Parkway and State Road 429. The opening of Fire Station #5 and its proximity to the city’s newly constructed Brush Drive cuts an estimated six minutes off of emergency responses to Rock Springs Ridge, Oak Ridge, Wekiva Run and other nearby neighborhoods.

Firefighters for Station No. 5 have worked for weeks from a temporary location at the Northwest Recreation Complex that opened on December 3rd. Another temporary fire station – Station No. 6 – opened that same day at Florida Hospital Apopka’s new location off of Harmon and Ocoee Apopka roads.

Apopka Fire Chief Chuck Carnesale remembers when this station was a future plan, but an economic downturn in the economy slammed the brakes on the project.

Fire Station #5 was actually in the idea stage is more than a decade ago. As you know because of the recession we had to put those plans on hold. But it's time now. We have significant growth in this area. Housing developments are springing up everywhere. Fire Station #5 will serve this community well, cut down on response times, and save lives."

Editor's Note: The City of Apopka Public Information Office contributed to this article.