Dr. Winston Morris: An inspiring career and a wealth of wisdom 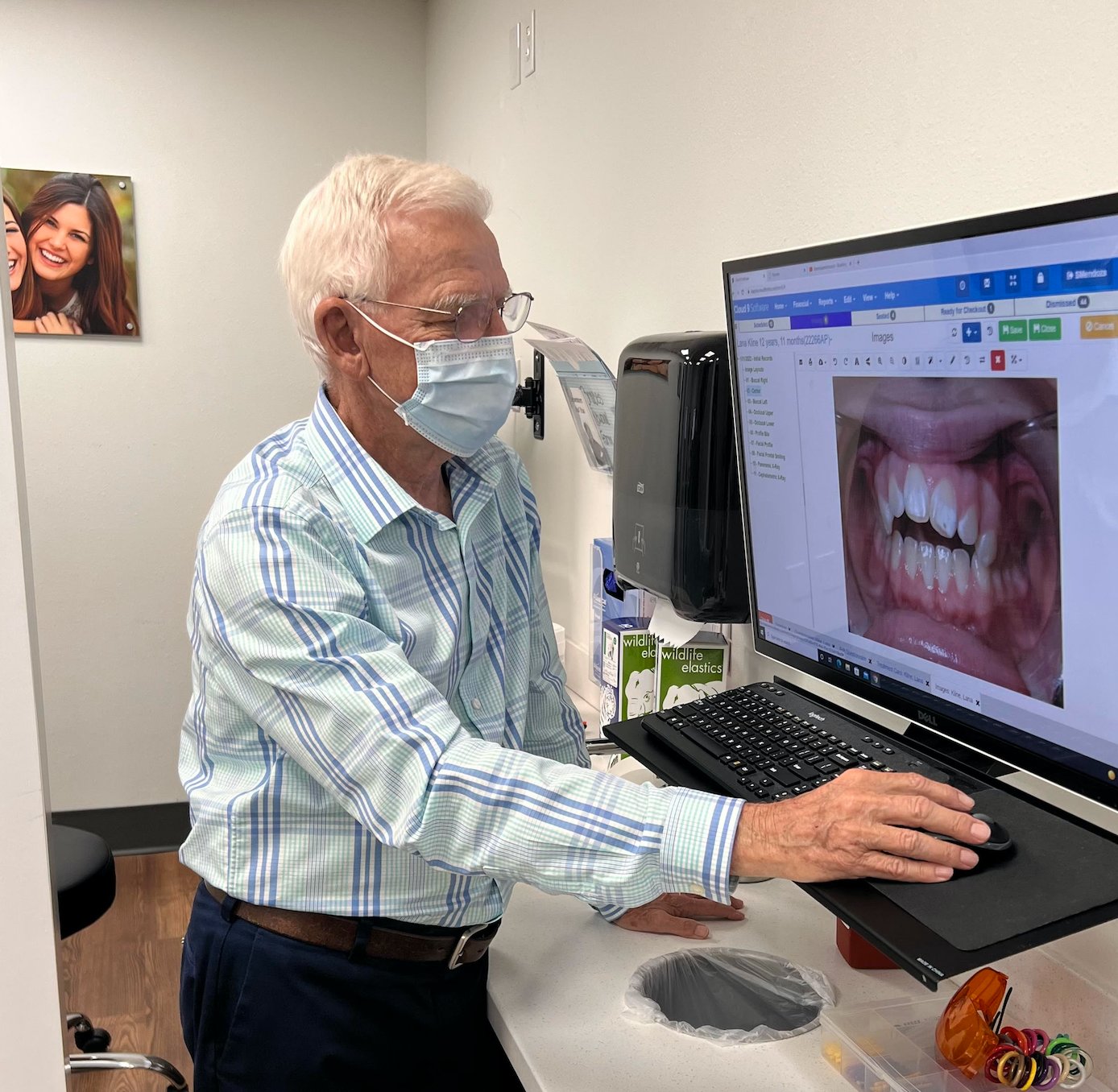 He’s had such an incredible and impressive life. He is one of the kindest people I have ever met and a brilliant orthodontist.  We are honored to have him at Baptiste Orthodontics”
Dr. Andre Baptiste speaking about his colleague and friend, Dr. Winston Morris
By Reggie Connell, Managing Editor

Wisdom is defined as "the capacity of judging rightly in matters relating to life and conduct; soundness of judgment in the choice of means and ends, or the right use of knowledge." The pursuit of wisdom can be traced back to ancient history. King Solomon in the Old Testament asked God for wisdom and knowledge above even fortune or a long life.

In Apopka, there is a wealth of wisdom at Baptiste Orthodontics in the form of Dr. Winston Morris. Before our interview began, Morris sees me waiting in the lobby and escorts me to his modest office in the very back of the building.

It was well worth the journey.

"It's been entertaining, fun, and energizing." Morris said of his 50-plus year career as an orthodontist/endodontist. "My variety in life has added to my longevity."

I'm not sure 'variety in life' has ever been included in a medical study on longevity - but listening to Dr. Morris' upbeat spirit on the matter, it probably should be.

Morris was born and raised in Central Florida before attending college at Florida State University and then continued his specialty training in orthodontics at the UCLA Medical Center in Los Angeles. He served as a Captain in the Army Dental Corps before starting his private practice in Lakeland.
The straight career line looked pretty solid. Until he chose to add a curve ball.
After 20 years he sold his business to pursue a different dream - working in Europe.
What makes a successful business owner sell his practice and move to a faraway land?
Dr. Winston Morris of Baptiste Orthodontics
"I was a European history major in college," Morris explains. "Had I not gone into dentistry, I would have probably become a history professor, or taken tour groups to Europe. So, as part of my career, I always kept up with Europe and activities over there. That's the thing that led me to contract work in Europe for the US Army - my enjoyment of history and people and travel."
Now all he had to do was explain it to his wife, Elizabeth.

Persevere until you find a way to make your dream happen

"I was finishing up 20 years in practice," Morris said. "I told my wife we used to travel to Europe quite a bit, so why don't we just see if there's a way to live and work there? Traveling over there was expensive. But if I could work there, that would help pay for our expenses."

Sharing his sense of adventure and love of Europe, Elizabeth agreed, but Morris still had to navigate the US Army bureaucracy and gain European employment.

"I found out that the military does contract civilians to work in Europe," he said. "So I got the contacts I needed, and sent my resume. And they said they needed someone like me that knows how to operate a practice as well as manage people! That got me the position."

Morris took on the role of Chief of Orthodontics at the U.S. Army Headquarters in Germany from 2003-2017, where part of his role involved working on jaw restructuring and teeth realignments of US soldiers from Iraq who had injuries during the war. He then returned to Central Florida where he was able to rekindle a working relationship with Dr. Andre Baptiste.

Never take the blessing of a great colleague for granted

According to Morris, both he and Baptiste were contract orthodontists at a practice in Central Florida before he left for Germany.

"While I was contracted with the US Army, he was building up his own practice," Morris says. "And then when I came back, I communicated with him and told him if he ever needed any relief when he went on vacation, I was happy to help him out."
Baptiste saw his offer to help, and raised him a more significant position.
"And he says, 'Well, I have an associate that is about to leave and set up his own practice. If you would like to come over to Apopka and assume the duties as the orthodontist here...?' I said, 'Sure - I'd be happy to!' So that worked out well. I've been here now for almost two years."
It's been a productive time for Morris, who says he usually works two days a week, 10 hours per day in the Apopka office. And Baptiste and the entire staff are pleased to have him involved in the practice.
"Dr. Morris has been a colleague and friend of mine for over 15 years and I don’t think I’ve ever left a conversation with him without more wisdom than I came in with," said Baptiste. "He’s had such an incredible and impressive life. He is one of the kindest people I have ever met and a brilliant orthodontist.  We are honored to have him at Baptiste Orthodontics."
"I have known Dr. Morris for over 10 years," says office manager Jessica Velazquez. "It is truly a pleasure to work with him. He is always in great spirits and truly cares about his patients. I have learned a lot over the years which has helped me be a better person and office manager. I truly appreciate him."

Choose your career wisely because...

Morris has put together an inspiring and longstanding career, but his true value comes in the form of life lessons - particularly as it relates to career choices. He should be required-reading for anyone beginning their adult lives and searching for a job.
"Choose your career wisely because you may have to do it for a long time, like it or not," he said. "And orthodontics to me is a wonderful career because people come to you that have a desire to be there. It's not an issue of pain. It's not a need, it's more of an option. So, it's just been extremely rewarding, as a personal thing, to enjoy the people."
And his advice for future orthodontists? Be a people person.
"I really enjoy people," said Morris. "If you're not a people person, you shouldn't be in the orthodontic business, because you're gonna have a lot of people around you every day."

And is there any expectation of retirement in Morris' near future?

"I still enjoy orthodontics!" he said. "And I don't think I have lost my edge at all. I've been practicing now 53 years this summer. You need to make sure that physically and mentally you're sharp, and I don't feel like I've lost anything. I don't see a horizon for that."

So Apopka, if you're looking to get orthodontics work done from a career-long professional... and want to enjoy a conversation with a world-class  Army Dental Corp. Captain... and  maybe get some European history mixed in on the side... with a few unexpected nuggets of life wisdom while you're there... Dr. Morris is the guy for you.