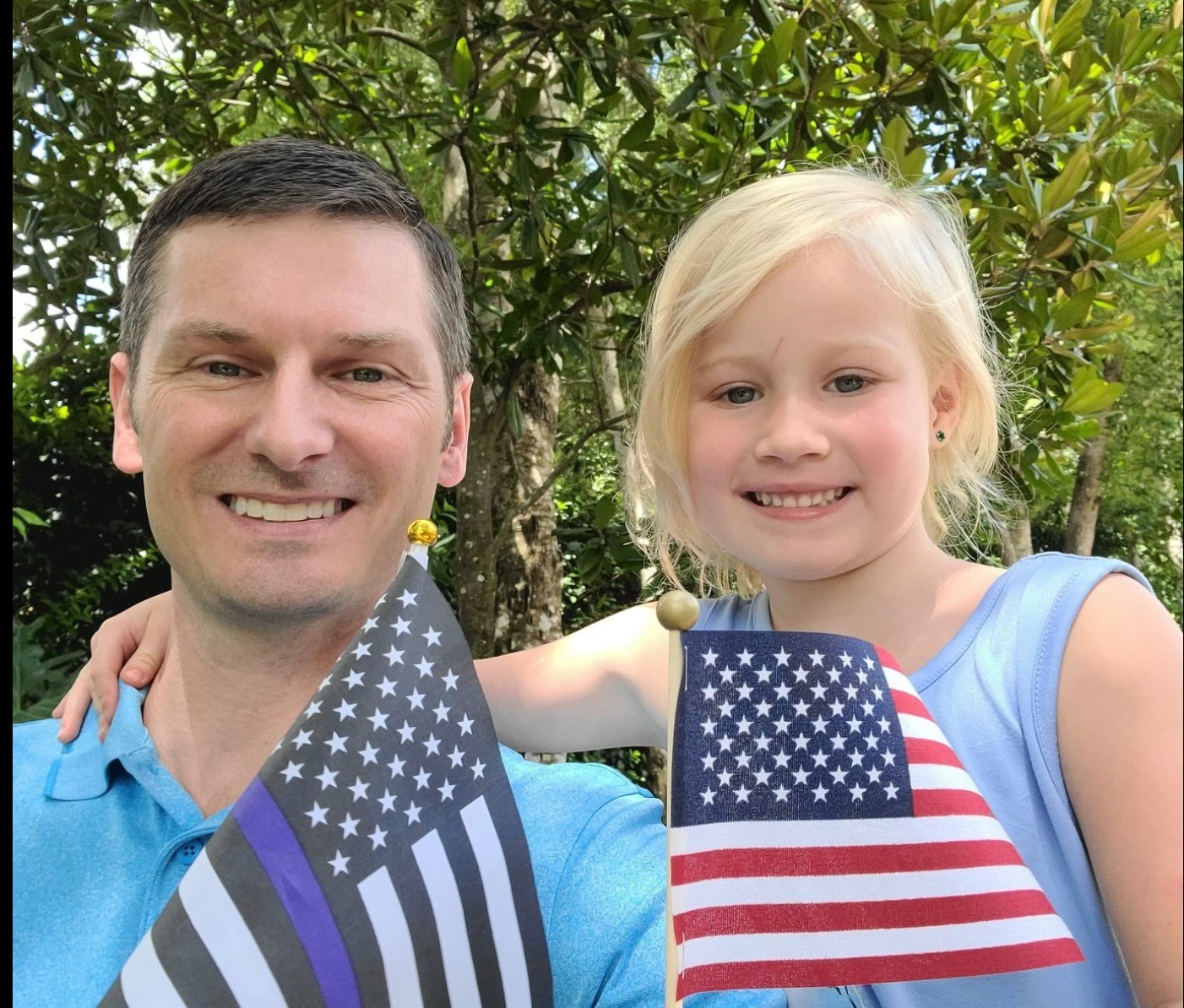 Luther Dowe is a rare breed of politician.

While most candidates declare allegiance to their tribe and run further to the ideological left or right, Dowe remains in the center - whether he is in the Democratic or Republican parties.

Originally from upstate New York, Dowe went directly into the US Navy after high school. After serving his country from 1996-2000, he attained a commercial pilot and real estate license. In 2013, Dowe moved to Florida permanently to start his family and become a real estate investor. Dowe and his husband settled in Longwood more than five years ago with their three adopted children. 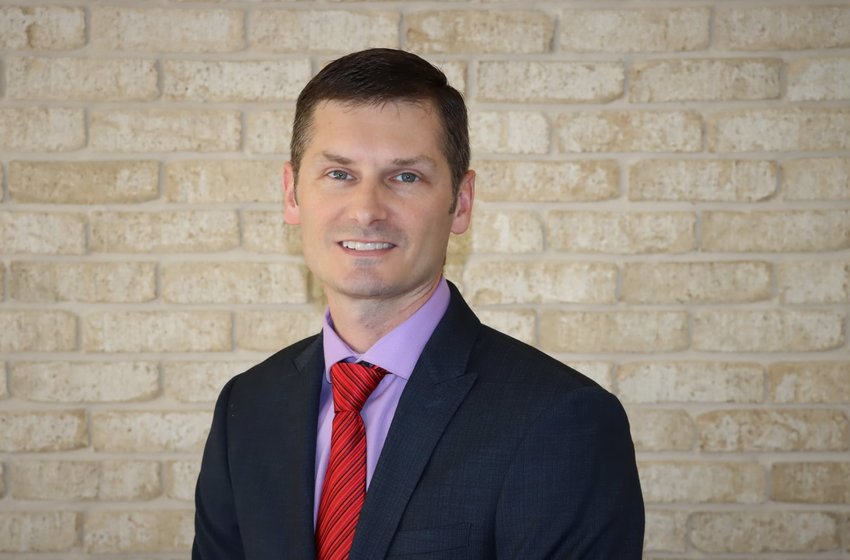 Democrat Luther Dowe is running for State House District 39
On his website, Dowe's platform is not the typical issue-driven agenda that fuels most political campaigns.

"It's all about community service for veterans and their families, offering affordable healthcare for everyone, and creating advocacy groups for children, the elderly, and the disabled."

Dowe was a Democrat when he first registered to vote in 1996 but switched parties in 2019 and ran against incumbent Scott Plakon in a Republican primary for State House District 29 in 2020. Plakon defeated Dowe with 88% of the vote.

"I was listening to the wrong group of people," Dowe said. "I'm a very center-of-the-aisle kind of guy. I don't understand why one side can't get along with the other. I remember a time when two politicians were able to get together. They each had their agenda, but they came out with a policy, which was part of both agendas. Now whoever is in the majority seems to write all the policy and totally ignore the other party."

After his loss to Plakon, Dowe says the Republican party leaders wanted him to move on from the GOP.

"I got a phone call from the Republican Executive Committee in Seminole County.... and they said to me, 'We will never support you. You are not one of us. And we'd appreciate it if you don't run again on the Republican ticket.' Who wants to be part of a party where you're not welcome?"

Dowe returned to the Democratic Party after that experience but believes that committees and voters are two very different groups.

"A limited number of people run the parties," he said. "That's not representing the people."

Dowe is openly gay, but said he experienced no animosity from voters.

"Being married to a man, I felt very welcomed by most people I spoke to - Democrats or Republicans," he said. "It's just the party itself. The leadership of the party was not welcoming, and we butted heads. We didn't get along."

A second shot at the Florida Legislature

Although this will be his second campaign for the Florida Legislature, Dowe never expected to run for office.

"I never really had a huge desire to be in politics," he said. "However, within the last few years, the circumstances and the behavior of politicians, it feels like we're not being represented... that politicians aren't representing the constituents. They're just representing themselves, special interest groups, or whoever has the most money to put into their campaign fund. That's what motivated me."

In the last couple of years, becoming a father opened Dowe's eyes to the plight of adoption in Florida for both the adoptive parents and children. Dowe and his husband adopted three children out of the foster system and found the process far too arduous.

"The neediest of people in the state, the foster kids and the kids going up for adoption, are the most neglected," he said. "What should have been a three-month process took us over a year because of the system's delays processing our paperwork. So I champion a lot of those things. It's a combination of many things that have prompted me to step forward and do this. I feel things need to be changed. And they're not changing with the current politicians in office."

His belief that the neediest among us are the most neglected also applies to school choice.

"I feel we live in a district that has very good schools," he said. "But having adopted my kids, they did come with some learning disabilities. My two older kids (a seven-year-old girl and an eight-year-old boy) had to go into special programs - early education programs, to help to give them a little bit of a boost. My youngest (a five-year-old boy) went to the UCP Charter School."

According to its website, the UCP Early Learning Center is a community Charter School specializing in Early Childhood Education (Toddlers-2nd Grade). As an Inclusive Campus, Speech, Occupational and Physical Therapy services are available on-site for children who need therapy services.

Dowe says their programs are effective but challenging to enter.

"They work with many disabilities, learning and health disabilities... across the board. So it was important to me because navigating that aspect and trying to get into the school is very difficult. They have small classrooms, sizes, but there's wait-listing, so if you're not on top of things, and even if you are on top of things, getting the child the education they need, especially in early intervention programs, can be very frustrating. We were wait-listed the first time, and we were one of the first to apply to the school."

Dowe also thinks healthcare in Florida could use an overhaul.

"My husband is a neurologist, so I have insight there," he said. "He is in private practice, so he has to pay for it and cover his employees. It's very, very costly. There are high deductibles, and many of the employees, who are paid well, have a hard time meeting them. I can tell you that I'm lucky enough to have my health insurance through the VA. I served in the Navy, and when I got out, I was eligible. But my husband's deductible is $6,000. And for some people in his office, that's several months' pay. So how do they meet that?"

In 2020, Dowe signed a pledge not to raise taxes, but his concern now is how those tax dollars will be spent on issues the Florida Legislature created for themselves.

"I can tell you our taxes will be wasted in courts fighting bills. The "Don't Say Gay" Bill for example. How many dollars will be spent by the state defending that? And look at Disney... what is the state doing right now with Disney? We don't know how it's going to play out in the end. But there are already people bringing lawsuits. So looking at the state spending, how about we stop passing laws that we know are just going to go to court to be struck down or fought over for years? To me, that is wasteful spending. I'm not a huge fan of raising taxes, but we have a social system that needs to be maintained. That money could be spent on education to increase teachers' pay, supplies in the classroom, or health insurance. It may not be a lot, but every little bit will help."

Getting to know District 39

Dowe is a Longwood resident, not too familiar with Apopka and the rest of District 39, but he plans to remedy that soon.

"It's a new area, so I plan to be out there meeting with people and door-knocking and going to events in the area to try to meet as many people as possible," he said.

Dowe isn't sure what sort of funding he can get his hands on in the legislature, but he thinks there may be an opportunity to upgrade parks in the district.