DeSantis: Florida will ‘fight back’ against federal intervention in state pandemic response 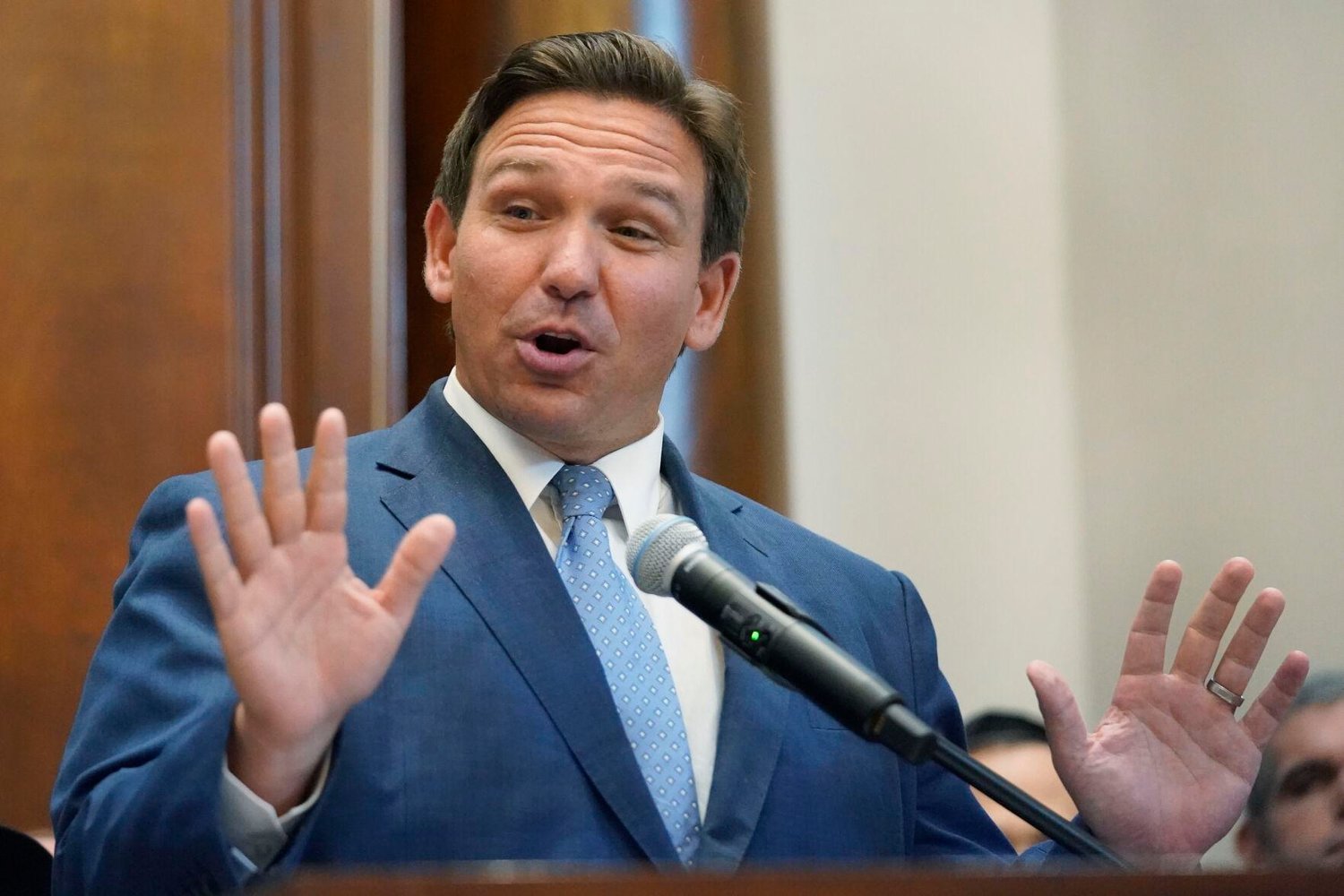 Florida Gov. Ron DeSantis, under fire for an executive order that threatens to dock salaries of school district officials and board members who approve mask mandates, said Wednesday the Biden administration is powerless to intervene in what is exclusively a state matter.

DeSantis said the administration is bluffing.

“I’m not sure they have the wherewithal,” he said.

The governor warned the administration is set to exceed its constitutional authority by imposing regulations on all states, not just Florida.

“They’re also talking about imposing a potential nationwide mask mandate on kindergarteners, first graders – who knows? – regardless of what parents believe is in the best interest of their kids,” DeSantis said. “Obviously, if you’re talking about the federal government coming in and overruling parents and our communities, that would be something we would fight back vociferously against.”

DeSantis' executive order allows parents to ignore mandatory mask orders issued by school districts. The order originally threatened to withhold money from districts that violate the order. It was amended Friday to “narrowly tailor” penalties – salary suspensions – to offending officials and board members.

At least 10 districts have imposed mask mandates; all but three provide opt-outs. The Leon, Alachua, and Broward county school boards have adopted policies that require a doctor’s note to be excused from the mandate, prompting the Florida Department of Education (DOE) to launch “an investigation of non-compliance.”

The Leon County board is set to reconsider its policy. Florida Education Commissioner Richard Corcoran has given boards until 5 p.m. Wednesday to show how they will comply with the executive order.

“Depending on the facts presented,” Corcoran wrote, “I may recommend to the State Board of Education that the department withhold funds in an amount equal to the salaries for the superintendent and all the members of the school board.”

“If the governor chooses to defund public education and withhold salaries from educators as punishment for protecting students’ health and safety, we will fill the gap to support them in this fight,” Senate Democratic Leader Sen. Lauren Book, D-Plantation, said.

“The governor has no authority to enforce his dangerous and politically motivated orders, and I am confident the orders and any retaliatory action he may take will not hold up in court,” said Sen. Gary Farmer, D-Lighthouse Point.

DeSantis did not comment Wednesday on reports the Biden administration has dispatched 200 ventilators and 100 high-flow nasal cannula kits from the Strategic National Stockpile to Florida hospitals since Sunday. He told reporters Tuesday he was unaware of the shipment.

”I’ve not had any requests across my desk,” he said. “I have not been notified of that. But they are in contact with the hospitals, I'm personally in contact with CEOs of a lot of the major hospitals."

The U.S. Department of Health & Human Services (DHSS) confirmed the shipments Tuesday and Wednesday to CNN and NBC.

DeSantis said Wednesday that Florida’s policy is the simplest and best.

“Our view is, of course, we believe this is the decision for the parent to make, just given the uncertainty about what it means, particularly for a lot of the young kids,” he said. “We believe the parent rather than the government ultimately should be able to make that decision.”