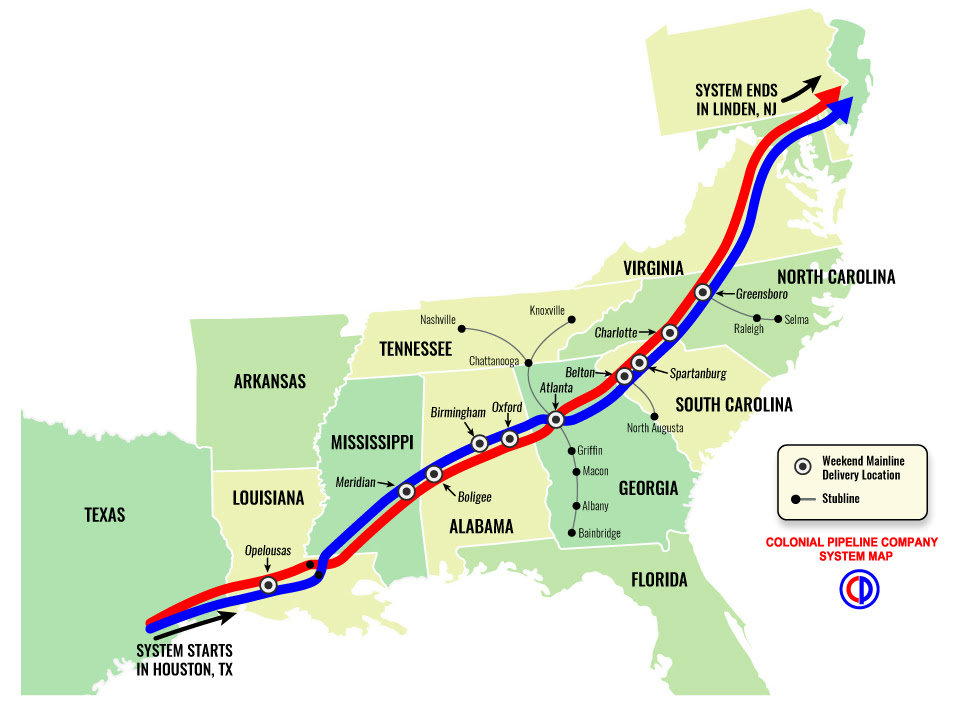 Florida should remain well supplied with gasoline, since the state relies on waterborne vessels for fuel deliveries

Florida gas prices increased 10 cents last week, in response to the crude oil and gasoline futures price gains we told you about a week ago. The state average is now $2.88 per gallon, three cents less than the highest price so far this year.

Now there's a threat of even higher prices as the country's largest pipeline - for refined products like gasoline - has been shut down since Friday, due to a cyber attack. The Colonial Pipeline carries gasoline and diesel from refineries in Texas, supplying states with fuel across the southeastern US and up the eastern seaboard to the New York harbor.

Florida is not largely dependent on the Colonial Pipeline for gasoline. Most of Florida's fuel is delivered from Gulf Coast refineries via waterborne vessels. Because of this, Florida should remain well supplied with gasoline, despite the pipeline outage. However, as always, pump prices remain vulnerable to futures price swings, which are influenced by domestic and international supply and demand.

"The longer the pipeline is down, the greater the threat of rising gas prices," said Mark Jenkins, spokesman, AAA - The Auto Club Group. "If operations are restored on Monday, drivers may see very little to no impact at the pump. A lengthy downtime, like a week, would be a different story. Sunday night, gasoline futures prices were up less than a nickel."

Colonial Pipeline Co. is reportedly developing a restart plan and will bring the full system back online when they believe it is safe to do so. There is currently no clear timeline on when that full restart will occur.

In effort to ease supply concerns, the Department of Transportation issued a temporary hours of service exemption that applies to tanker trucks transporting gasoline, diesel, jet fuel, and other petroleum products. The exemption is something commonly seen after a hurricane or other natural disaster. It applies to 18 states including Florida, Georgia, North Carolina, South Carolina and Tennessee.