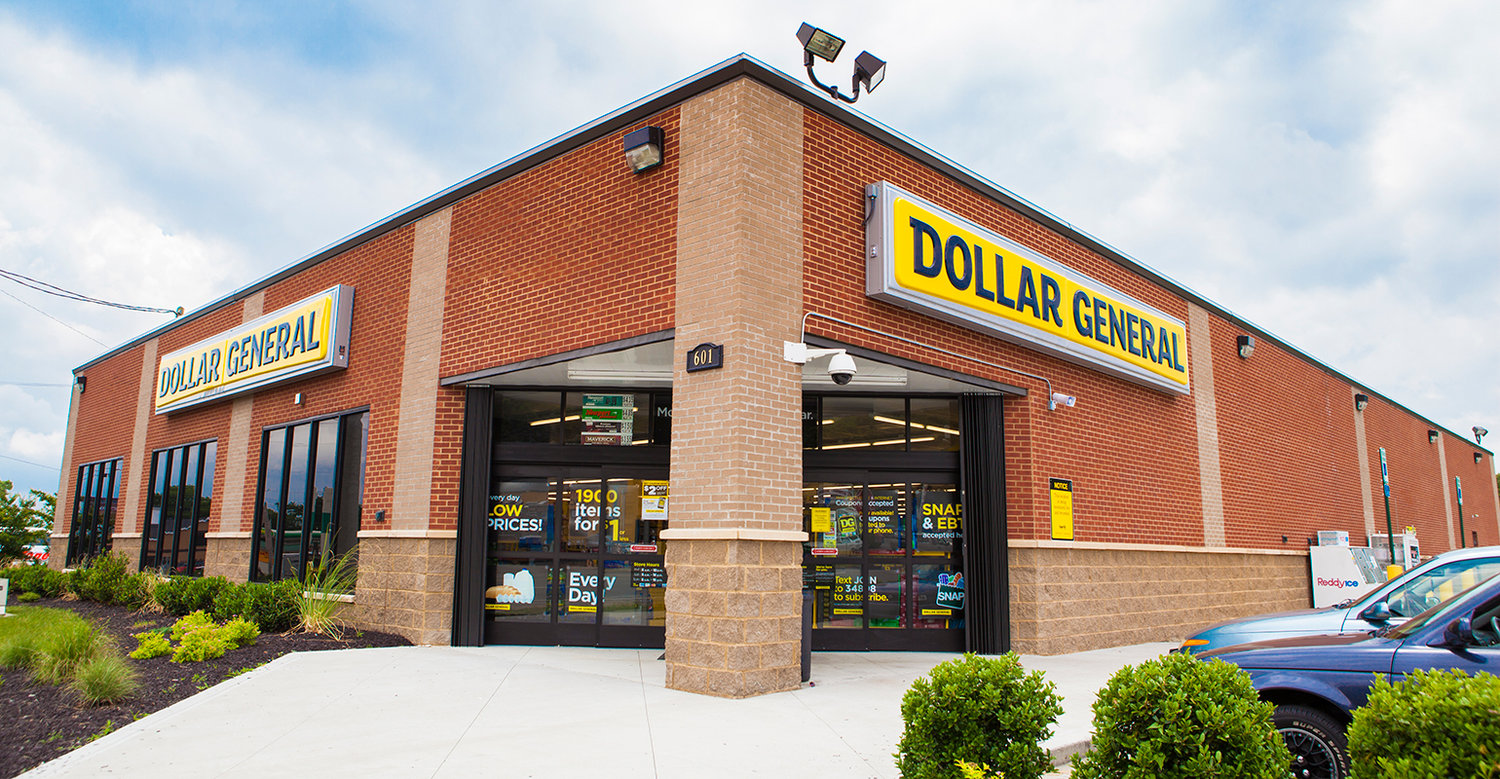 "They may not be in our chamber, but they definitely do contact the commissioners," she said. "And if you go on to social media, it gives us a tone of what the residents are asking for... and they are telling us they don't want more dollar stores. They want a different type of retail... a variety of retail... so we're not regulating the dollar stores from coming [here], we just don't want so many."”
Apopka City Commissioner Diane Velazquez
By Reggie Connell, Managing Editor

The Apopka City Council took the first step in limiting the number of dollar stores in the community at its December 1st meeting. By a vote of 5-0, the Council agreed with Ordinance 2884, which if adopted will not allow a dollar store to open within two miles of an existing dollar store.

Commissioner Diane Velazquez is confident that the residents of Apopka are in support of the ordinance.

"They may not be in our chamber, but they definitely do contact the commissioners," she said. "And if you go on to social media, it gives us a tone of what the residents are asking for... and they are telling us they don't want more dollar stores. They want a different type of retail... a variety of retail... so we're not regulating the dollar stores from coming, we just don't want so many."

According to the staff summary in the City Council packet, Ordinance 2884 recognizes that Small Box Discount Stores, also commonly referred to as “Dollar Retail Stores,” may serve needs that are not being served by other businesses in the city. However, the proliferation of Small Box Discount Stores in close proximity to each other can negatively impact the character of the neighborhoods in the City of Apopka. 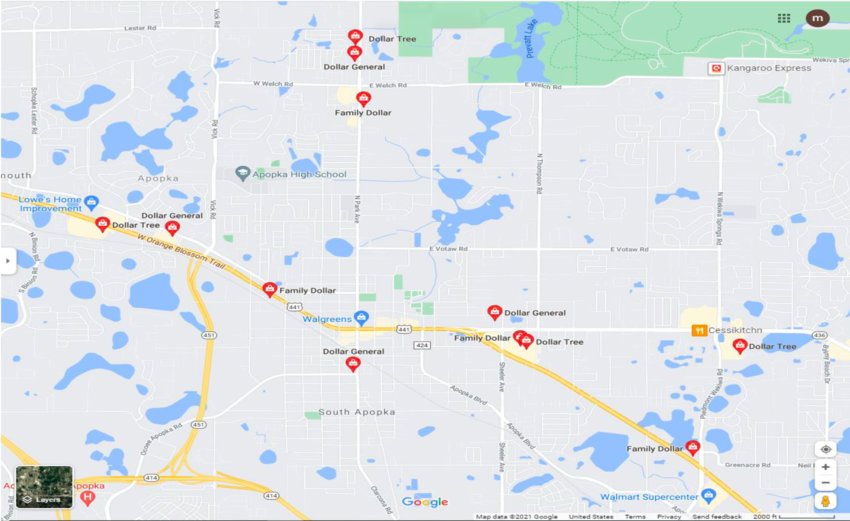 The map from the Apopka City Council's December 1st agenda packet shows the close proximity of dollar stores in Apopka to one another.

Commissioner Alexander Smith believes the dollar stores serve a purpose but wants to keep the number of those stores in check.

The following guidelines are meant to preserve the character of each neighborhood while still allowing Small Box Discount Stores to operate under certain conditions, according to the summary.

The regulation of Small Box Discount Stores is an issue to be addressed based on the following conclusions:

And while the Development Review Committee recommended approval of the ordinance, the Planning Commission had its objections.

On November 9th, it voted by the slim margin of 4 to 3 to recommend approval of the ordinance.

The three dissenting members cited the market for these types of stores will take care of itself, and the City doesn’t regulate other uses the same way.

But Commissioner Kyle Becker, who spearheaded the efforts to limit dollar stores in the community, pushed back on the Planning Commission's assertions that the City does not regulate business in Apopka.

"I saw in the lead-in packet the opinions of the Planning Commission and I totally respect their opinions, but I would argue that we do limit businesses... that's the whole point of permitted use tables. We've got businesses that are allowed in certain areas, and not allowed in other areas. In fact, we still have a complete ban on medical marijuana. So to say that we don't do this is a little misleading. And I think it's telling that this has been public since May. We've had the moratorium in place. It's been covered by local media. So the idea that no one from that side of the business is here to argue against this buffer requirement is telling as well."

Despite its objections, the City staff requested that the Council approve the first reading of Ordinance  2884 and hold over for a second reading and adoption, which is expected to be voted on at the December 15th meeting.

Apopka Mayor Bryan Nelson praised the efforts of City Attorney Michael Rodrigues in the adoption of the ordinance.

"Michael did a really nice job researching this and came up with something we can all be proud of," Nelson said.