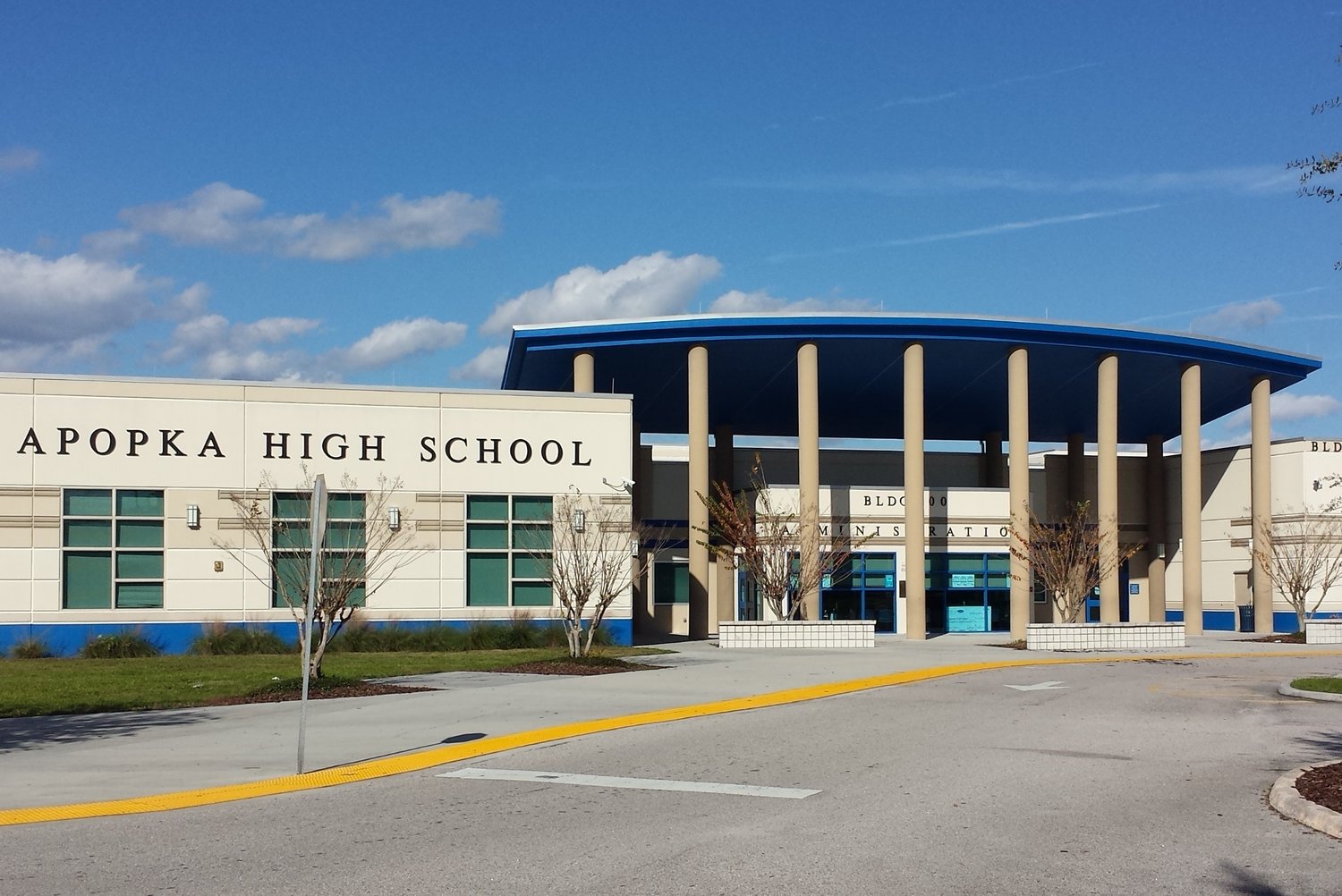 The Orange County Public School District is the eighth largest in the United States and the fourth largest in Florida. It serves more than 212,000 students at 202 schools, including all public schools and students in Apopka. Among its many duties, the OCPS oversees school expansion, classroom size, and a schools' student population. Those are important issues that face a growing community like Apopka, but Nick Nesta believes the OCPS deserves a failing grade on all three.

Nesta, a candidate for the Apopka City Commission Seat #2, had sharp criticism of the OCPS in response to a question about challenges facing the city that appeared in a four-part series last week in The Apopka Voice. As Nesta was the only candidate that leveled a specific criticism to a local institution affecting a wide community base, we followed up to gain further understanding.

Among the questions in the series was the following:

What do you see as the greatest challenge(s) facing the City of Apopka, and how would you go about helping the City to overcome it?

In his response, Nesta took direct aim at the OCPS, the school board, and the Apopka City Council.

"To ensure we are not outgrowing our schools, we must have an advocate on the City Council level that understands how to represent the City to Orange County Public Schools. They have built schools that are functionally obsolete the first day they open. We are building faster than the school board can keep up, and that is not a development issue. It is a school board failure. We also have infrastructure that is being used more than ever before, and we, as a city, need to keep up while budgeting for the increase in use."

The Apopka Voice contacted Nesta after his response and asked him to expand on his critique of the OCPS to see what he would do differently from the Apopka City Council's current members.

"Be proactive in discussion and not reactive," he said when asked what he would do differently from the Apopka City Council's current members. "Almost any developer that is wanting to build in the City has been approved for their development. The development process has many filters, and one is assessing whether or not the current school system can take on more students than would be expected with the new development. We are trusting that the school board is truly assessing whether or not their classrooms are overcrowded. Almost every classroom within OCPS in Apopka is overcrowded. We must be proactive in bringing OCPS to the table and make them accountable for the overcrowded classrooms. We must also be a part of OCPS's building process so that we ensure the schools that are being built are with growth in mind."

According to the OCPS Enrollment Summary, as of October 15, 2020, six schools in Apopka were over its capacity:

In contrast, six schools in Apopka were either at or below capacity:

Nesta pointed to Rock Springs Elementary (RSE) as a specific example of a functionally obsolete school on day one.

"OCPS builds a school (RSE) that already has overcrowding issues, only big enough to deal with the student base it has at the moment of approval. They do not consider the exponential growth Apopka is experiencing, which is why they now have portables and overcrowded classrooms. OCPS is not future-focused in reference to development. They are reactionary in their plans, hence the relief school planned for Wolf Lake Elementary/Middle School. With the expectation set by Rock Springs Elementary, we can expect this relief school to have portables brought in and have overcrowded classrooms immediately."

Melissa Byrd, the Orange County Public School Board member for District 7, which includes Apopka, pushed back on all of Nesta's assertions and explained why schools sometimes go over capacity before building another school.

"Apopka High is over capacity by 200, but Wekiva is under by 700," she said. "We can't build a new high school with 200 kids in it. This is why we have to wait to build schools until we have enough kids to nearly fill the schools. Since funding is based on students present, if we opened a school half-filled, we wouldn't have enough funding to staff the school with the staff we would need to provide equitable education opportunities to those kids."

However, Nesta would like to see Apopka officials at the table when the OCPS makes decisions about building new schools.

"OCPS has failed Apopka by not planning with us. Bring us, the City, into the conversation of the development of any new school. We are the second-largest city in Orange County. We know the growth that has occurred in our city and the growth that is coming. They need to bring us into the conversation to help plan for our students. We cannot accept portables, overcrowded schools, and reactionary plans any longer. We aren't the small, passive city that we used to be. We are growing and have a lot to offer. Furthermore, developers are paying impact fees for their new development(s), and the new homeowners are paying taxes to maintain and build new schools. It can't be a money issue at this point. Similar to my thoughts on how the city will grow, we cannot be passive or reactionary. We must make a future-focused plan. Our students now and in the future need us to stand up for what is right."

Byrd, however, viewed Nesta's comments as political and referenced her relationship with the Apopka City Council members as proof.

"Politicians like to say things during elections because they think they sound good," Byrd said. "I'm proud of the relationship OCPS has with the City of Apopka and especially the relationships I have built with Mayor Nelson and all three of our commissioners. Apopka's residents already have four strong advocates on the city council."