Black in America: The conversation starts this weekend 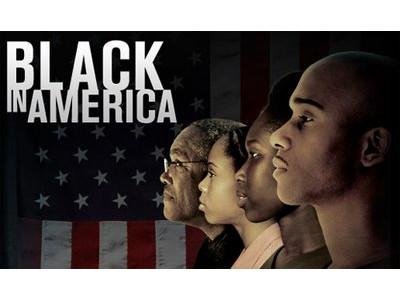 From Let's Talk About it with Rod Love and Greg Jackson

While many believe the American landscape (social, political, etc.) is more divided now than ever before, criminal justice reform efforts have benefited from the partnering of some unlikely social and political allies in Florida, as well as nationally. Whether democrat or republican, both groups recognize the need to reform a broken, inefficient, and unsustainable system of justice in America. Traditionally, the criminal justice system is defined as a three (3) legged stool. The legs represent cops, courts, and corrections. For any system of justice to operate in a fair and impartial manner, each of these legs must be grounded in fundamental fairness and equality without respect to race, sex, religion, socio-economic status, zip code, or any other demographic characteristics.

During FY 2017-18/CY 2018 Orange County ranked 2nd in juvenile arrests, 5th in adult arrests, 1st in juvenile residential commitments, and 5th in state prison inmate population in the state of Florida. Black youth and adults residing in Orange County are significantly overrepresented across each of these categories. Given these startling statistics and the recent national headlines garnered by the arrest of six-year-old children by a local school resource officer, Rod Love and Greg Jackson (hosts of the Let’s Talk About it Radio Show, WOKB 1680 AM) felt the need to convene an intimate solution-focused Barbershop Conversation titled “Black in America Series: Part 1 - Law & Justice”. The inaugural series (Part 1) will be held on Sunday, October 6, 2019, 3:30pm – 5pm at Exclusive Cuts Barbershop, 4353 Edgewater Drive, Orlando, FL. The purpose of the event is to have constructive dialogue on strategies and initiatives to improve the Orange County Criminal Justice System. Conversation topics will focus on but are not limited to the four areas (Cops, Courts, Corrections, & Community) listed below.

Black in America, Let's Talk About it with Rod Love and Greg Jackson