Becker, Nesta qualify to run for office in Apopka 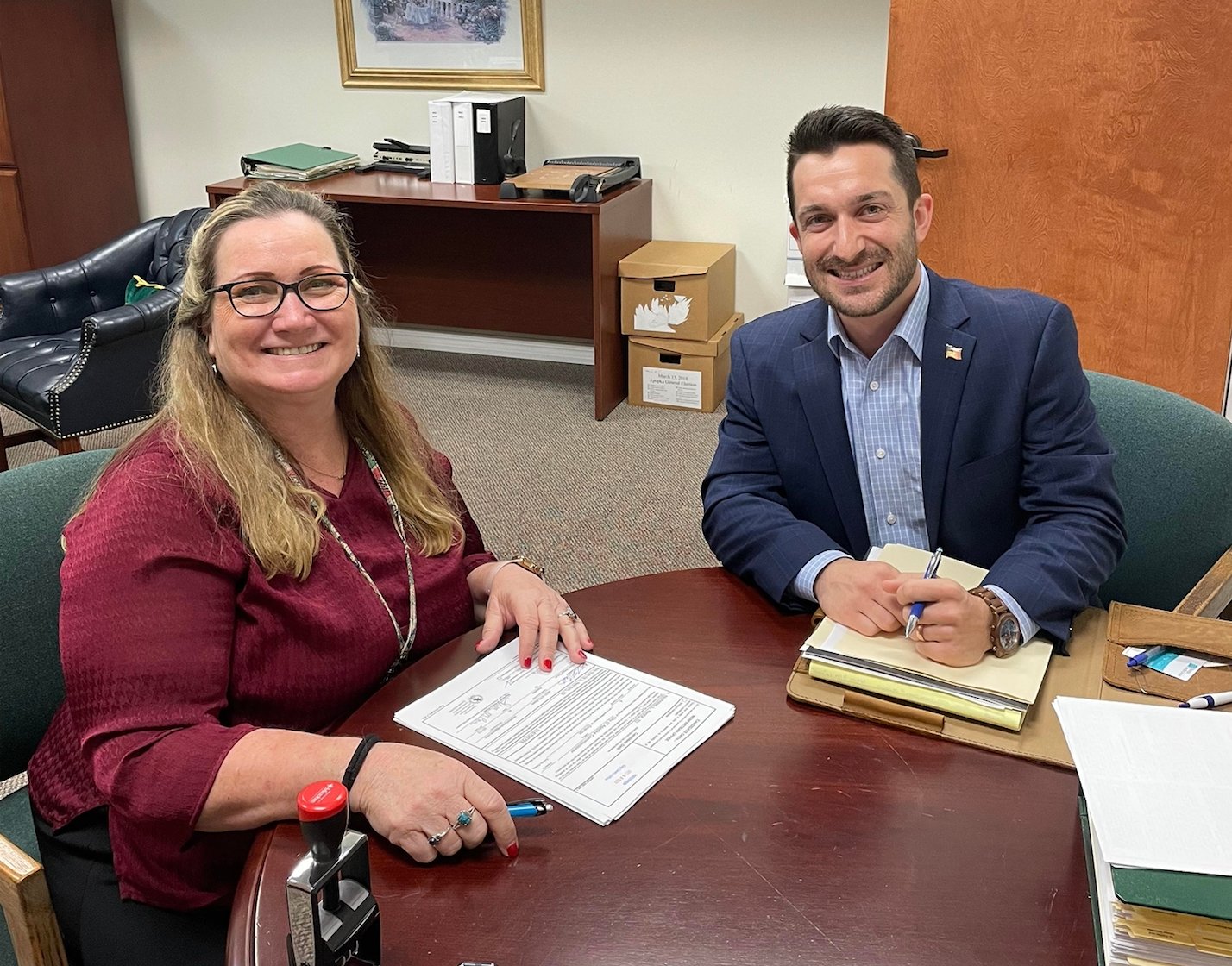 Qualifying for the election ends at noon on Tuesday, January 4th. City Hall will be closed on Friday, December 31st, which means there are four days left to qualify for one of the four offices.

Tuesday was the second day of the qualifying week for candidates to compete in the 2022 Apopka elections, and Commissioner Kyle Becker and Nick Nesta both took the steps necessary to run for office.

Becker will take on incumbent mayor Bryan Nelson, while Nesta will run for Seat #4 on the city commission.

Their qualifications, along with Nelson, and Commissioners Alexander Smith and Diane Velazquez on Monday, put all five of the candidates that filed an application earlier in the year into the 2022 Apopka electoral process.

Becker qualified with the petition option - turning in 490 signatures from registered voters in Apopka.

"Today was an exciting day for our team," said Becker. "A culmination of a lot of hard work by campaign volunteers to help get the signatures needed for me to qualify by petition. We've received a great response and support thus far in the campaign, and I will leverage this momentum over the next two-plus months leading to the March 8th election. People of Apopka want our city to live up to our full potential, and I look forward to leading us there."

Commissioner Kyle Becker completes his application to run for Mayor of Apopka in the 2022 election.

Nesta, who ran for office in the special election of 2020, is hoping his second effort will land him on the City Commission.

"I am extremely excited for the opportunity to run for City Council and hope to bring a fresh perspective to the dais," said Nesta. "I look forward to maintaining open communication between the Council and the community."

Qualifying for the election ends at noon on Tuesday, January 4th. City Hall will be closed on Friday, December 31st, which means there are four days left to qualify for one of the four offices.